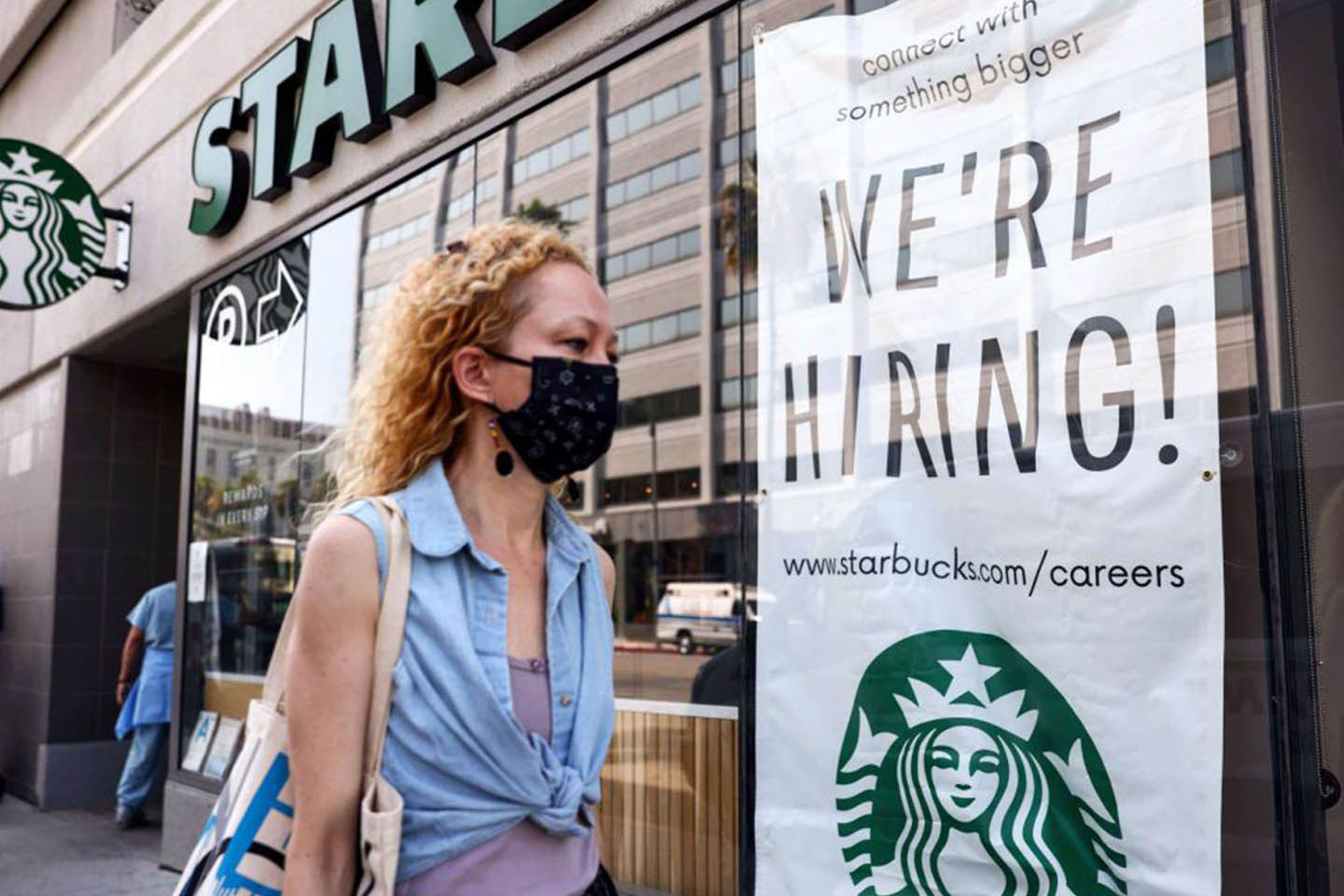 US job openings hit a fresh record in June amid reports the country continues to face a labor shortage.

Job vacancies jumped by 590,000 to 10.1 million on the last day of the month, according to figures from the Labor Department.

That was up from a record 9.5 million openings in May and well above economists’ expectations.

It comes as companies struggle to find workers in sectors such as leisure and hospitality as the economy reopens.

“The ratio of openings to hires, despite easing in June, remained at historically elevated levels,” JPMorgan analyst Peter McCrory said.

US unemployment surged to 14.8% at the start of the coronavirus pandemic, but the economy has been recovering strongly this year.

However, despite restrictions being eased, workers have not rushed back to jobs in the numbers expected.

The shortfall has been blamed on a lack of affordable childcare, generous unemployment benefits, and pandemic-related retirements and career changes.

Some also believe there are too many low-skilled jobs being advertised, and not enough suitable candidates.

Official unemployment figures in July suggested the country might be turning a corner, as employment rose by 943,000. The unemployment rate also fell 0.5 percentage points to 5.4%.

However, the figures mainly pre-date the rise of the Delta variant of COVID-19 in the US, which has led to a surge in infections and fears new restrictions could be imposed.

Already New York City has said all customers and staff of restaurants, gyms, and other indoor businesses will have to be fully vaccinated against COVID-19.

And the city’s Auto Show, scheduled to run from 20 to 29 August, has been canceled due to fears about rising infection rates.

Figures from the Labor Department showed hiring rose to 6.7 million in June from 6 million in the previous month, the second-largest increase since the government started tracking the data in 2000.

The largest increases in vacancies in June were in professional and business services, retail, and accommodation, and food services.

However, it also showed the number of people voluntarily leaving their employment in June increased to 3.9 million from 3.6 million in May, well above pre-pandemic levels.

Some economists believe hiring will pick up further as schools reopen in September and more states phase out emergency unemployment benefits.

Economists are also increasingly confident that US unemployment levels will reach pre-pandemic levels next year, with Goldman Sachs projecting a rate of 3.5% by the end of 2022.