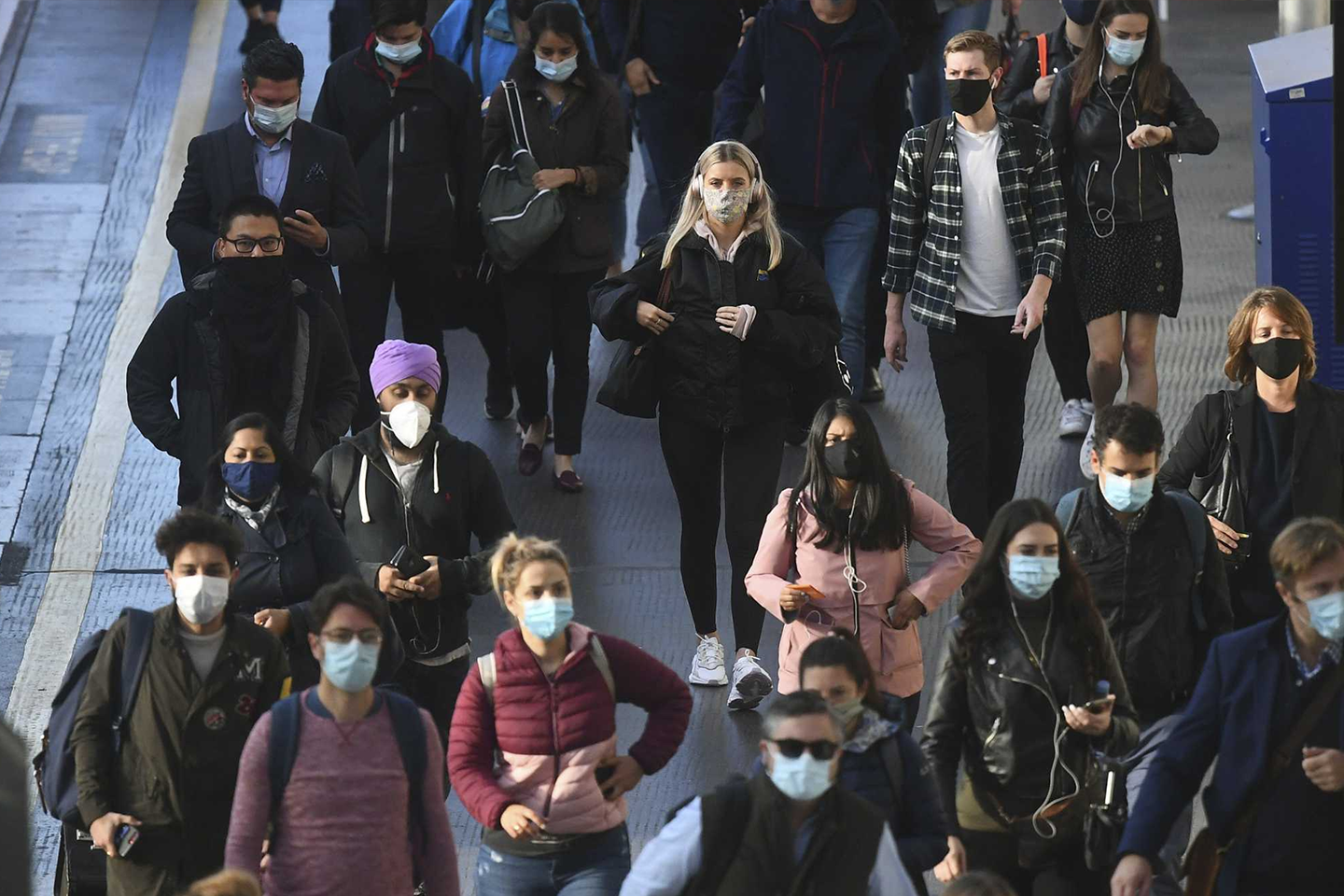 Chancellor Rishi Sunak, in a speech to lawmakers, unveiled his plan to subsidize the wages of workers whose hours are cut due to the pandemic as part of a wider package of measures to help businesses and bolster the economy. Businesses and labor unions had pressed the government to step in with more direct support for people in precarious work situations.

Under a furloughed worker program that expires next month, the government pays 80% of the wages of workers placed on leave.

“The primary goal of our economic policy remains unchanged — to support people’s jobs — but the way we achieve that must evolve,” Sunak said, adding that the Conservative government wants to support viable jobs but not preserve those that are no longer needed.

To underscore that his proposals have wide support, Sunak appeared outside his office before delivering his speech, holding a copy of the plan and flanked by representatives of the Confederation of British Industry and the Trades Union Congress.

The announcement comes as COVID-19 cases continue to soar across the U.K., blunting economic recovery from a nationwide lockdown imposed in March. The government reported 6,634 new cases of COVID-19 on Thursday — the U.K.’s highest daily total ever recorded. Britain also has the deadliest outbreak in Europe, with nearly 42,000 confirmed virus deaths.

To control the spike in infections, the government on Tuesday introduced new restrictions, including a 10 p.m. curfew for bars and restaurants and lower crowd sizes for weddings.

Sunak said he was concerned that the furlough program allowed U.K. employers to preserve some jobs that were no longer needed as the economy adapts to a post-pandemic world. While this was appropriate to shield the British economy from the shock of the lockdown, the government now wants to move the economy in a different direction.

To ensure that the government is supporting the retention of viable jobs, employers who participate in the wage support program will be required to assign workers at least one-third of their previous hours. The government and the employer will then pay two-thirds of the remainder, meaning employees will receive 77% of their pre-pandemic wages.

“The government will directly support the wages of people in work, giving businesses who face depressed demand the option of keeping employees in a job on shorter hours rather than making them redundant,” Sunak said.

The government will offer similar support for the self-employed.

About 2 million workers are currently not working at all but are covered by the furlough program. As the new proposal is less generous, many are likely to lose their jobs, economists forecast.

Ruth Gregory, senior UK economist for Capital Economics, said the unemployment rate — now about 4.1% — is likely to rise to 7% by the middle of next year.

“The policy measures just announced by the Chancellor will go some way to cushioning the blow to the economic recovery from the new restrictions to contain COVID-19 and limiting the long-term hit to unemployment,” Gregory said. “But these actions won’t eliminate the hit entirely.”

Sunak warned that unemployment will continue to rise despite his latest emergency measures.

“I would be lying if I could try and give you precise numbers or time frames for what’s going to happen when. We’re dealing with unprecedented economic uncertainty,” Sunak said. “Unemployment is already rising and will continue to rise – that’s a complete tragedy. We’ve already lost 700,000 jobs.”

In addition to the wage support program, Sunak said the government will help businesses by extending loan repayment deadlines and loan guarantees provided earlier this year. These included 38 billion pounds ($43.8 billion) in loans to 1 million small businesses that will now be eligible to “pay as you grow.’’

“Businesses who are struggling can now choose to make interest-only payments and anyone in real trouble can apply to suspend repayments altogether for up to six months,’’ he said.

Sunak also said he will extend until March 31 the temporary reduction in the valued-added tax rate for hospitality and tourism industries, which have been particularly hard hit by the pandemic. The cut to 5% from 20% had been scheduled to end in January.