Home News U.S. to Advise Boosters for Most Americans 8 Months After Vaccination 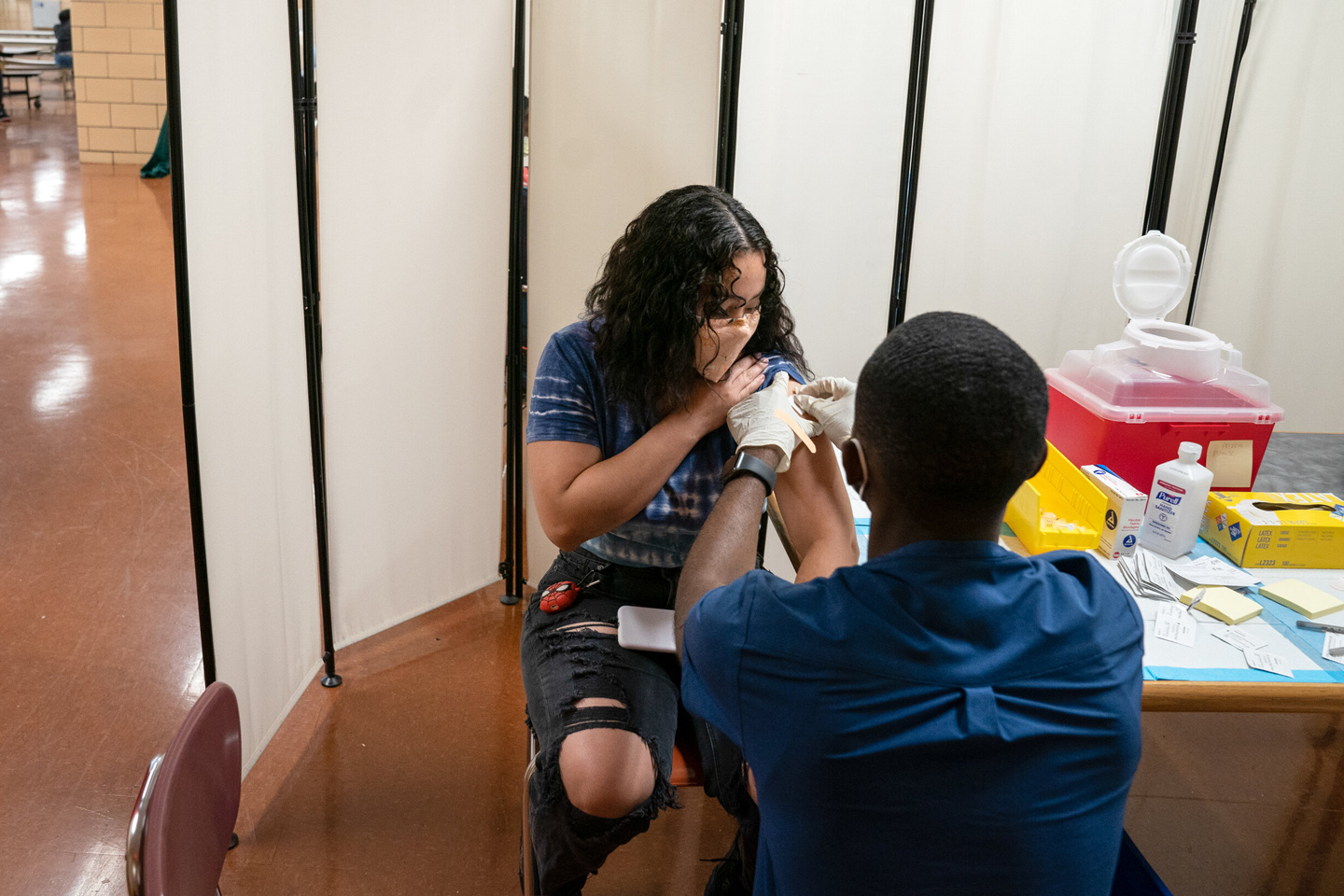 The Biden administration has decided that most Americans should get a coronavirus booster vaccination eight months after they received their second shot, and could begin offering third shots as early as mid-September, according to administration officials familiar with the discussions.

Officials are planning to announce the decision as early as this week. Their goal is to let Americans who received the Pfizer-BioNTech or Moderna vaccines know now that they will need additional protection against the Delta variant that is causing caseloads to surge across much of the nation. The new policy will depend on the Food and Drug Administration’s authorization of additional shots.

Officials said they expect that recipients of the Johnson & Johnson vaccine, which was authorized as a one-dose regimen, will also require an additional dose. But they are waiting for the results of that firm’s two-dose clinical trial, expected later this month.

The first boosters are likely to go to nursing home residents, health care workers, and emergency workers. They would probably be followed by other older people who were near the front of the line when vaccinations began late last year, then by the general population. Officials envision giving people the same vaccine they originally received.

The decision comes as the Biden administration is struggling to regain control of a pandemic that it had claimed to have tamed little more than a month ago. President Biden had declared the nation reopened for a normal life for the July 4 holiday, but the wildfire spread of the Delta variant has thwarted that. Covid-19 patients are again overwhelming hospitals in some states, and federal officials are worried about an increase in the number of children hospitalized just as the school year is set to begin.

For weeks, Biden administration officials have been analyzing the rise in Covid-19 cases, trying to figure out if the Delta variant is better able to evade the vaccines or if the vaccines have waned in strength over time. According to some administration experts, both could be true, a distressing combination that is re-energizing a pandemic that the nation fervently hoped had been curbed.

Dr. Francis S. Collins, the director of the National Institutes of Health, told “Fox News Sunday” that “there is a concern that the vaccine may start to wane.” That, combined with the Delta variant’s ferocity, could dictate boosters, he said.

Federal health officials have been particularly concerned about data from Israel suggesting that the Pfizer-BioNTech vaccine’s protection against severe disease has fallen significantly for elderly people who got their second shot in January or February.

Israel can in some ways be viewed as a template for the United States because it vaccinated more of its population faster and has almost exclusively used the Pfizer-BioNTech vaccine that made up much of the U.S. stock. Unlike the United States, though, Israel has a nationalized health care system that allows it to systematically track patients.

The latest Israeli data, posted on the government’s website on Monday, shows what some experts described as continued erosion of the efficacy of the Pfizer vaccine against mild or asymptomatic Covid-19 infections in general and against severe disease among the elderly who were vaccinated early in the year.

One slide suggests that for those 65 years or older who got their second shots in January, the vaccine is now only about 55 percent effective against severe disease. But researchers noted that the data has a wide margin of error, and some said other Israeli government data suggested the decline in efficacy was less severe.

“It shows a pretty steep decline in effectiveness against infection, but it’s still a bit murky about protection against severe disease,” said Dr. Peter J. Hotez, a vaccine expert at the Baylor College of Medicine in Houston, who reviewed the data at the request of The New York Times.

Dr. Jesse L. Goodman, a former chief scientist with the Food and Drug Administration who also reviewed the data, said it suggests “worrisome trends” that could signal the waning of vaccine effectiveness. But he said he would like to see further detail from Israel and, more important, data indicating whether the United States is headed in the same direction.

Federal officials said the booster program will most likely follow much the same scenario as the initial vaccination program. The first shots for the general public in the United States were administered on Dec. 14, days after the F.D.A. authorized the Pfizer shot for emergency use. People started receiving the Moderna vaccine a week later.

While frontline health care workers and nursing home residents were among the first to get inoculated nationwide, states followed their own plans for who else was eligible for shots in the early weeks and months of the vaccination campaign.

But almost everyone 65 and older qualified for vaccination by late February, as did many police officers, teachers, grocery store employees, and other people at risk of being exposed to the virus on the job.