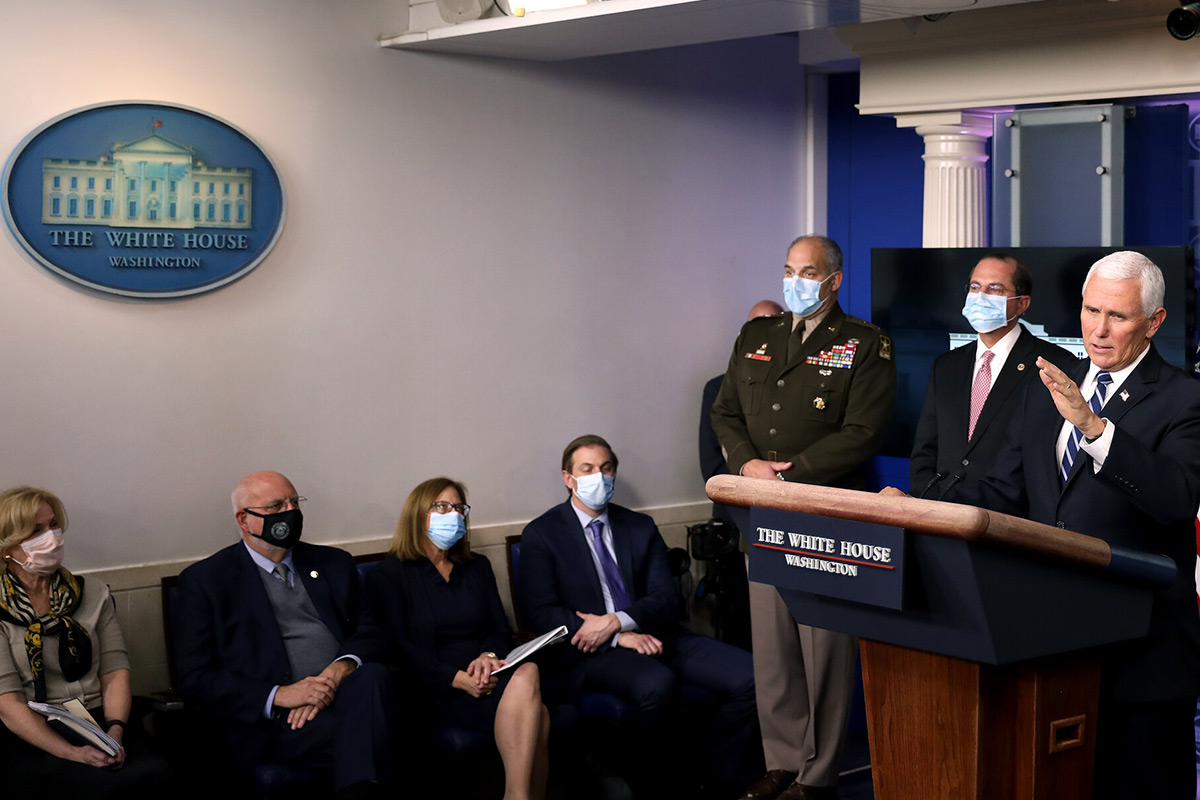 The U.S. could see 100 million COVID infections this fall and winter—and potentially a sizable wave of deaths, the White House warned this past week.

The news, first reported by The Washington Post, was shared Friday by a senior administration official during a background briefing.

The country has so far seen nearly 82 million cases of COVID since the pandemic’s beginning, according to the U.S. Centers for Disease Control—through the actual case count is undoubtedly much higher, experts say. Regardless, a wave of 100 million would more than double the country’s all-time reported total.

The projection is “broadly consistent with our modeling,” said Dr. Arijit Chakravarty, a COVID researcher and CEO of Fractal Therapeutics, referring to his research team.

In March his team released a research paper titled “Endemicity is not a victory: The unmitigated downside risks of widespread SARS-CoV-2 transmission.” It projected annual COVID infections in about 80% of the U.S. population, “so around 300 million annually.”

In short, his team’s paper, and projections, didn’t take into account immune evasion, only “loss of immunity in the population over time due to antibodies waning.”

“The unknown is how many variants that are immune evading will come out between now and December,” Chakravarty said. “For each new variant that is sufficiently immune evading, you can kind of expect a wave, as long as it’s contagious enough.”

South Africa may ‘guide the world’
The White House’s announcement comes as the fifth wave of COVID sweeps South Africa, where Omicron and its subvariants were first identified. BA.4 and BA.5 comprise “100% of infections” in South Africa, tweeted Tulio de Oliveira, COVID expert and head of the institutes at the universities of KwaZulu-Natal and Stellenbosch, on Sunday.

Hospitalizations are rising, he said, but are “still much lower than in previous waves.”

“SA [South Africa] may guide the world on the future of the pandemic,” he tweeted.

The country’s test positivity rate, or the number of individuals who tested for COVID-19 whose results came back positive, sat at 25% on Sunday, down from 31% on Saturday. Initially, the World Health Organization had recommended a rate of less than 5% for communities wishing to reopen. Test positivity rates can be falsely elevated due to insufficient testing; de Oliveria cautioned that there was “low testing” in the country.

U.S. hospitalizations ‘relatively low’ but rising
BA.4 and BA.5 have been present in the U.S. since late March, if not earlier, but have yet to take off here, as far as officials are aware. And they may not—the Beta variant of COVID, for example, swept South Africa but failed to take hold in the U.S.

Testing is lacking, however, and only a portion of positive COVID tests are genetically sequenced. Further muddying the waters, the U.S. Centers for Disease Control reports BA.4 and BA.5 results with BA. 1, BA.3, and B.1.1.529. Cumulatively, they were projected to comprise just .1% of U.S. infections for the week of April 24-30, according to the health agency. BA.2, or “stealth Omicron,” was projected to comprise nearly 62% of cases. BA2.12.1, a highly contagious Omicron subvariant, comprised nearly 37% of cases during the same period and may eventually become the dominant strain in the U.S.

On Sunday Dr. Eric Topol, a professor of molecular medicine at Scripps Research and founder and director of the Scripps Research Translational Institute, tweeted that U.S. COVID hospitalizations “are still relatively low … but their rate of rising is similar to our Delta wave,” citing data from Our World in Data.

The recently recognized ability of subvariants to cause waves means “it just got a whole lot more difficult to keep an eye on the ball,” Chakravarty said. “It’s difficult to tell when a subvariant has an advantage until we see rapidly rising numbers.”

But focusing on “exact numbers” may cause those concerned to “miss the forest for the trees,” he said.

With U.S. public health officials predominantly taking a laissez-faire approach to the pandemic, “We’re not doing anything,” Chakravarty said. “We’re sort of drifting in the ocean. We’re being hit again and again by waves of something we have no control over.”

U.S. COVID czar Dr. Anthony Fauci, chief medical adviser to the White House and director of the U.S. National Institutes of Health, said in late April that the U.S. had entered the “control” stage of the pandemic,” The Post reported. He was clarifying previous comments he had made that the U.S. is “out of the pandemic phase.”

“The only way you can say we are in a controlled phase of the pandemic—the only way that makes sense—is if you admit the virus is in control,” Chakravarty said.