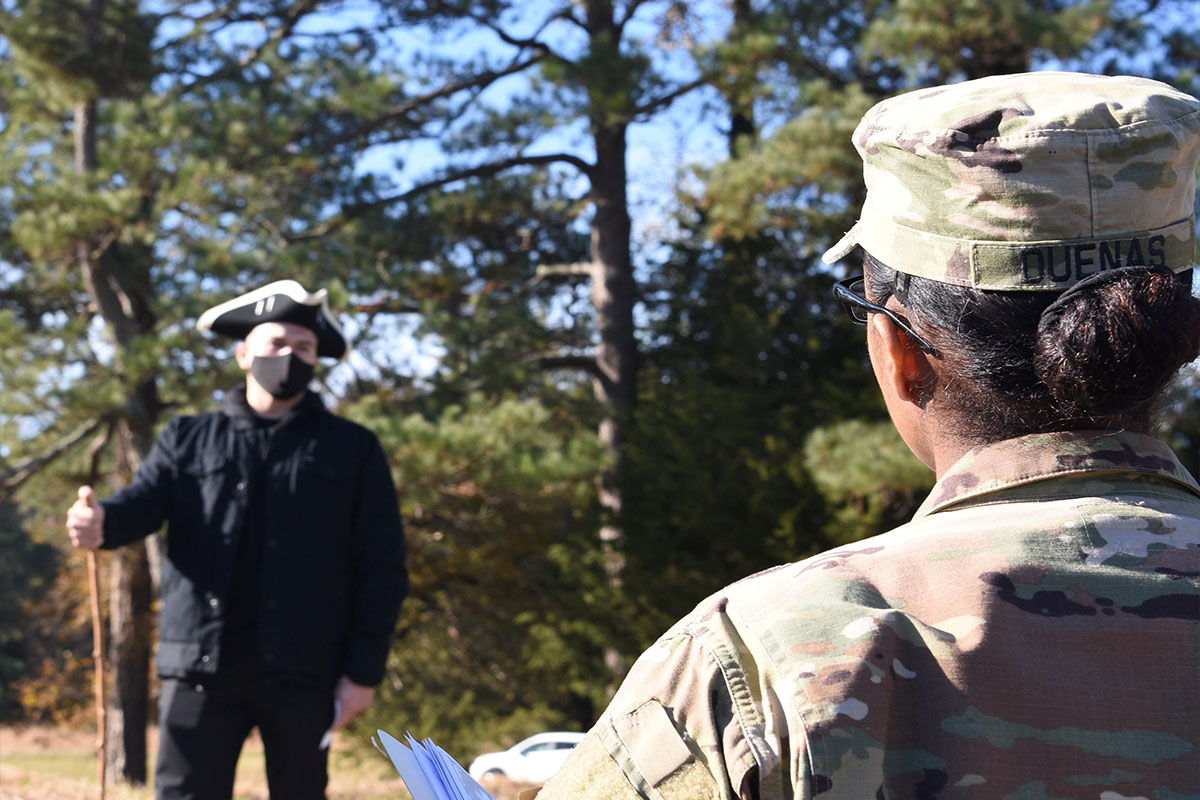 The Army has developed many ways to celebrate the achievements of noncommissioned officers and Soldiers. Recognizing them is nothing new, but what Military Occupational Specialty, 42 Alpha, human resource specialist, haven’t had is a competition to identify the best in their career field. Finally, it’s time for them to be honored in the new U.S. Army Training and Doctrine Command, Adjutant Generals Corps Regimental Association G1 Noncommissioned Officer and Soldier of the Year Competition.

“The goal of the competition was to identify the most well-rounded leader and proficient NCO and Soldier,” said Sgt. Maj. Christian Carr, TRADOC G1/4 (Personnel/Logistics).

In the early morning of December 1, TRADOC 42 Alpha competitors were preparing themselves for the first event of the two-day competition. They were evaluated on their physical fitness, personal appearance, and leadership style. Competitors were also tested on their knowledge of military history, the Equal Opportunity program, the Sexual Harassment/Assault Response and Prevention Program, and human resource management. NCOs also completed a reception and integration counseling portion, which demonstrated how well the HR NCO could identify and alleviate any issues a new Soldier may have.

This year was the first time TRADOC G1 held the event.

“It was very surprising and refreshing to see the high caliber of talent that showed up to the competition,” said Carr. “I really didn’t know what to expect so to see how mature, professional, and talented these junior enlisted Soldiers and NCOs were was mind-blowing”.

Historically, each year the Adjutant General Regimental Association Corps asks leaders to submit deserving Department of the Army civilians, officers, warrant officers, NCOs, and junior enlisted Soldiers to be recognized for their excellence in the human resources profession.

Carr noticed limited participation over the past years and believed one of the root causes was the lack of challenging, hands-on competition.

The new competition started at the centers of excellence, where the best Soldiers and NCOs were selected and advanced to the TRADOC level. From there, a panel of AG sergeants major reviewed and voted on the top candidates in each category.

“I think that it’s awesome what Sgt. Maj. Carr did this by putting this together. I think this should be the standard for competitions,” Stephens said.

“Even if those who competed did not walk away as winners, receiving three days of non-stop leader and MOS development through not only executing the tasks, but also from deliberate coaching, teaching, and mentoring helped improve the competitors overall,” Carr said.

Martinez, who has competed in U.S. Army Best Warrior competitions previously, shared that those competitions test Soldiers both mentally and physically, but this one was different.

“As a 42 Alpha, I loved being able to compete because it kept us on our toes,” he said. “This competition, being primarily mental, was way tougher, which I appreciated because it forced me to be at my best throughout the entire competition”.

To build off the success of this interactive and in-person competition, the vigor is something Stephens feels should continue for years to come.

“I think it’s very beneficial to the NCOs and Soldiers, representing their centers of excellence, that the intensity of this competition continues because it really tests the adaptability of 42 Alphas,” Stephens said. “Each event tests a different part of you and if you don’t get it 100% right on the first go, you’ve only got one go, so you have to bounce back from that and perform at your best for the next event”.

“Overall, this was a tight competition and I think as a leader and a 42 Alpha moving forward all of us got better, regardless of first, second, or third place,” Martinez said. “I think we all learned a multitude of things that we can take back to our units, from a leadership or technical standpoint”.