Home News The fight to succeed Boris Johnson has turned political allies into adversaries on issues like trans rights and taxes. 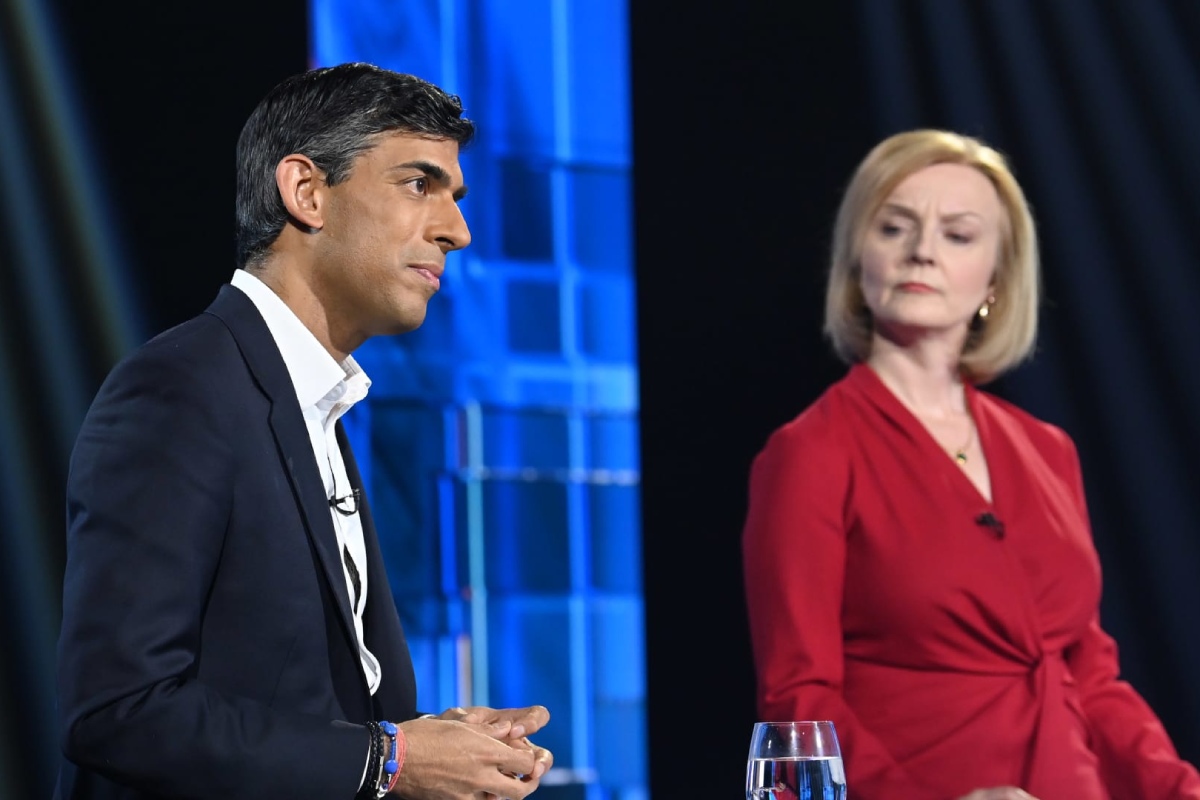 The battle to become Britain’s next prime minister heated up over the weekend, as the five candidates vying to become Conservative Party leader looked more like enemies than colleagues in a televised debate on Sunday.

On matters ranging from taxes to trans rights, those looking to replace Boris Johnson clashed at various points during the leadership debate. In a somewhat bizarre spectacle. the contenders – several of whom were ministerial colleagues just weeks ago – openly questioned each others’ record in office, ideological perspectives and past and proposed policies.

In particular, former Chancellor Rishi Sunak and former Foreign Secretary Liz Truss, both of whom served in Johnson’s government and are the political heavyweights left in the race, set an argumentative tone for the debate from the start.

Truss accused Sunak of raising taxes to their highest level in 70 years and argued that this policy is “not going to drive economic growth.”

Sunak (one of the bookies’ favorites to win the leadership) defended his record, saying the Covid pandemic had been a massive economic challenge and debts needed to be repaid. He also hit back at what he described as Truss’ “something-for-nothing economics” which he said were tantamount to socialism.

The TV debate was also a chance for the three less well-known candidates – former Equalities Minister Kemi Badenoch, Foreign Affairs Select Committee Chair Tom Tugendhat and Penny Mordaunt, an international trade minister — to show the Conservative Party, and British public, how they would lead the country if successful.

The debate centered heavily around the state of the economy, the cost of living crisis and inflation – and how each candidate would tackle these issues.

Other areas of contention included Brexit (Sunak asked Truss which matter she regretted more: being a Remain supporter at the height of the Brexit debate, or once being a Liberal Democrat) and trans rights, with Penny Mordaunt denying she had supported gender self-identification when she was an equalities minister in 2019.

The tax status of Sunak’s wife Akshata Murty, the wealthy daughter of an Indian billionaire, also came up in the debate, as well as well as the candidates’ stance on Russia, with all but one saying they would not sit next to Russian President Vladimir Putin at the G-20 meeting.

No love lost for Johnson

The leadership contest comes after Prime Minister Boris Johnson resigned as party leader two weeks ago after months of controversy over his conduct while in office.

His government has been plagued by scandals over parties during Covid-19 lockdowns and several officials have been hit with sleaze allegations.

The final straw for many MPs was the fact that Johnson appointed Chris Pincher a deputy chief whip (responsible for party discipline), despite knowing of previous sexual misconduct allegations made against him. It led to a wave of resignations with ministers and officials saying Johnson no longer commanded their confidence.

When the candidates hoping to replace Johnson were asked during Sunday’s TV debate if they would give their former boss a ministerial job, none of them said they would.

In a sign of how tight the leadership race is, a poll of 851 Conservative Party members by website Conservative Home on Saturday put Badenoch ahead of the pack with 31% of the vote.

Truss was in second place with 20% of the vote, Mordaunt had dropped to third place with 18%, Sunak was close behind and Tom Tugendhat came in fifth.

While the poll showed who’s popular with Conservative Party members, only the contenders that gain enough votes from their parliamentary colleagues will be on the final ballot to be voted on by party members.

There were eight candidates at the start of the leadership race, but the number was whittled down to the current five over two votes of Conservative MPs last week.

Several more votes this week will see the candidates reduced to the final two, with the finalists known on Thursday.

After that, members of the Conservative Party (just under 200,000 people) will be asked to vote by postal ballot on their favorite. The winner is expected to be announced on Sept. 5.

Sky News was due to hold another televised debate between the contenders but announced on Monday that it had been canceled after Sunak and Truss pulled out. No explanation was given, but the cancellation came after reports of concern within the party that the debates reflected poorly on the Conservatives at a time when Tory officials fear that the Johnson government has already damaged the party’s reputation in the eyes of the public.