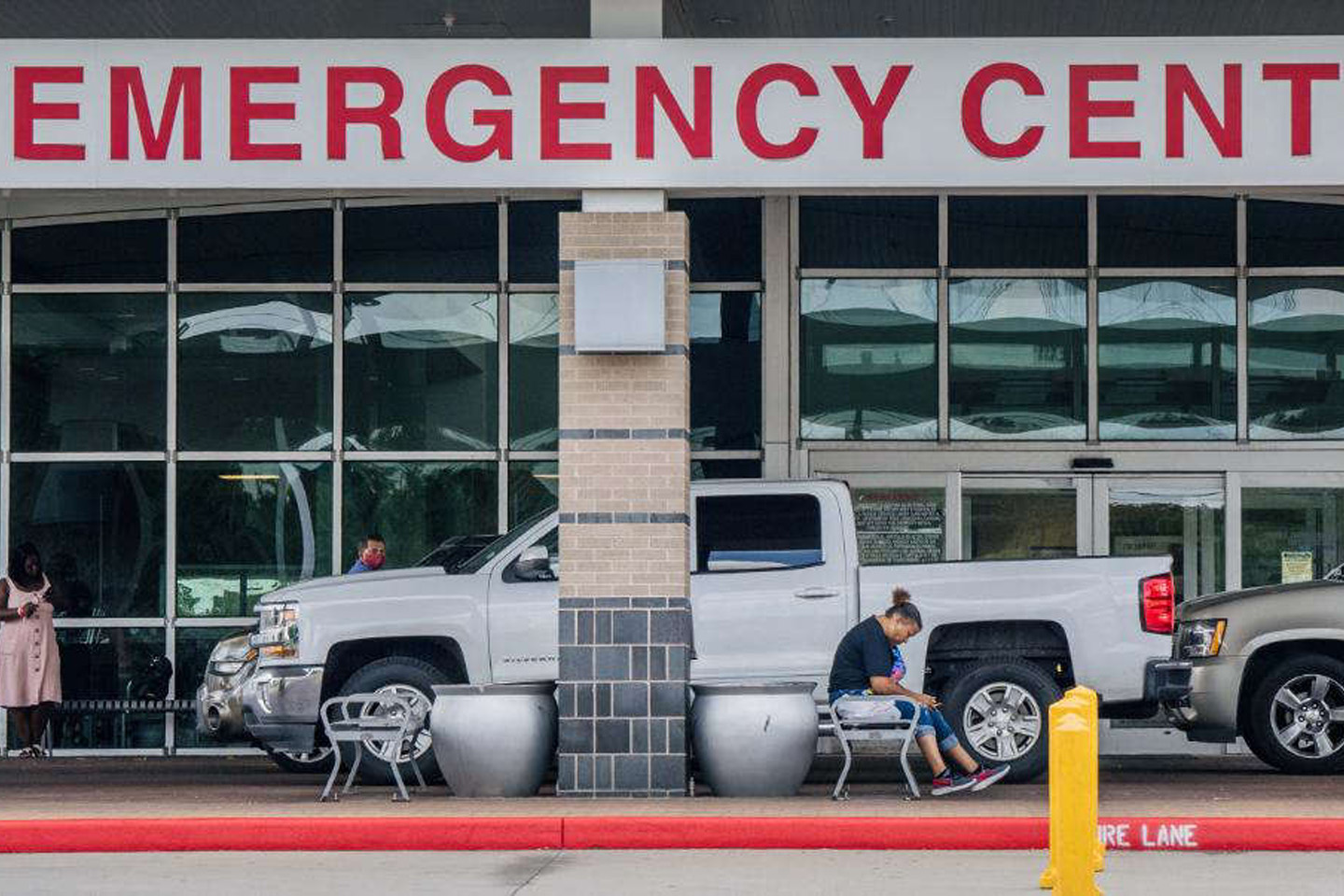 With the spread of the more transmissible Delta variant and lagging vaccination rates, states such as Texas are seeing a surge in Covid-19 cases that quickly halted a summer of reopenings.

And as Texas faces another rise in hospitalizations approaching a peak witnessed during the 2020 holiday season, officials are concerned over health care worker shortages.

Texas Gov. Greg Abbott announced that more than 2,500 medical personnel will be deployed to hospitals around the state to care for an increasing number of Covid-19 patients.

“The State of Texas is taking action to ensure that our hospitals are properly staffed and supported in the fight against Covid-19,” Abbott said in a news release Wednesday. Details on where the additional medical staff were coming from, or where they would be deployed, have yet to be revealed.

There are only 368 ICU beds currently available throughout the state and 10,463 lab-confirmed Covid-19 patients in hospitals across the state, according to state health data Wednesday. Finding people to administer these beds is becoming increasingly difficult.

Citing long work hours, constant exposure to Covid-19 infection, and yet another surge of patients who are generally sicker and require more attention, Porsa said staffs are reaching critical shortages that are difficult to fill.

“I have lost staff to fatigue and retirement,” Porsa said, adding that one area hospital had 25% of its ICU beds unavailable because of staffing issues.

“I always see the silver lining, but I am frightened by what is coming,” Porsa said.

It’s not just that the hospitals are full, Porsa said Thursday morning.

“What is concerning is the rate by which our Covid-positive patients are increasing,” Porsa told CNN’s Brianna Keilar. It took only five weeks for the hospital system to go from a baseline of 11 patients to its peak recently, compared to the three months it took during the winter surge, he said.

“If this continues to go at the rate that it is right now — and again, I emphasize that I don’t see any intervention, any mitigating interventions being put in place to try to slow this down — this would be a disaster.”

Because hospitals are filling up and there is less staff available to intake patients, a bottleneck effect is compounding ambulance availability, creating “risks for delays in emergency response to the next call in our community,” Houston Fire Chief Samuel Peña said.

“In an EMS system as busy as Houston’s, detention of EMS crews at the hospitals will result in increased response times for the entire system,” Peña told CNN on Wednesday, noting that ambulance crews are waiting more than an hour at hospitals in some instances.

Some smaller hospitals find that it takes a while to move a Covid patient to another facility.

On Sunday, in the small town of Clifton, Gordon Robinson walked into Goodall-Witcher Hospital sick with Covid-19.

Chief Nursing Officer Joycesarah McCabe knew she needed to find him a bed at another hospital.

“This patient needed to go from our rural facility into a higher level of care. And, um, so we got on the phone and we called,” she told CNN.

McCabe said each day she’d phone 50 hospitals — not just in Texas but other states — but kept getting the same answer: no beds available.

After four days of endless phone calls, she found a bed.

Robinson, now on a ventilator, was put on a small plane and flown more than 500 miles to Albuquerque, New Mexico.

Peña said strategies such as utilizing Covid-19 tents would be beneficial in relieving the bottleneck at hospital emergency departments.

The Lyndon B. Johnson Hospital in Houston that set up tents to handle the overflow of patients recently had 130 patients in its waiting room, which is designed to hold at most 70, Porsa said.

“The idea of the tent is that as people screen positive for Covid-19, we can send them to the tent for them to continue their diagnostics and treatments until they figure out what to do with them,” he said.

When asked about comments he made to CNN affiliate KTRK regarding a patient left on a stretcher inside an ambulance for five and a half hours waiting for a hospital bed, Peña said the patient was a man in his 60s who was in stable condition.

“He was evaluated at the hospital by medical staff, including blood lab tests and x-rays, all while on our ambulance stretcher because there was no room available for the patient to be transferred to. The patient’s symptoms/chief complaint resolved sometime after the physical assessment at the hospital. So for many hours he was stable and symptom-free, but still on an emergency ambulance stretcher,” he said.

Peña says his message to the community is that anyone who can get the Covid-19 vaccine should do so immediately.

“The vaccine will help protect the recipient and help reduce the stress on local hospitals. People who are hesitant to get the vaccine due to any co-morbidities should consult their primary care physicians for advice,” the fire chief said.

But because it takes weeks after inoculations to gain full immunity, Porsa said in his Senate testimony that even in the rosiest of scenarios, the surge is likely to continue in the near future and immediate measures must be taken.

While experts say that vaccinations are the key to controlling the pandemic and lessening hospitalizations over time, other mitigating actions such as widespread mask wearing can help stop the spread of Covid-19. Yet mandates have been fiercely rejected by Texas state leaders opposing local control and decision-making.

“Attention-grabbing judges and mayors have defied executive orders before, when the pandemic first started, and the courts ruled on our side — the law. I’m confident the outcomes to any suits will side with liberty and individual choice, not mandates and government overreach,” Paxton said.

“The virus is not a political issue, and it’s not an issue that we can resolve by way of ignoring it, and following GA 38 (Abbott’s mask order) would have had the local officials here in Fort Bend County ignoring the virus,” Fort Bend County Attorney Bridgette Smith-Lawson said after a judge granted their emergency health directive request.