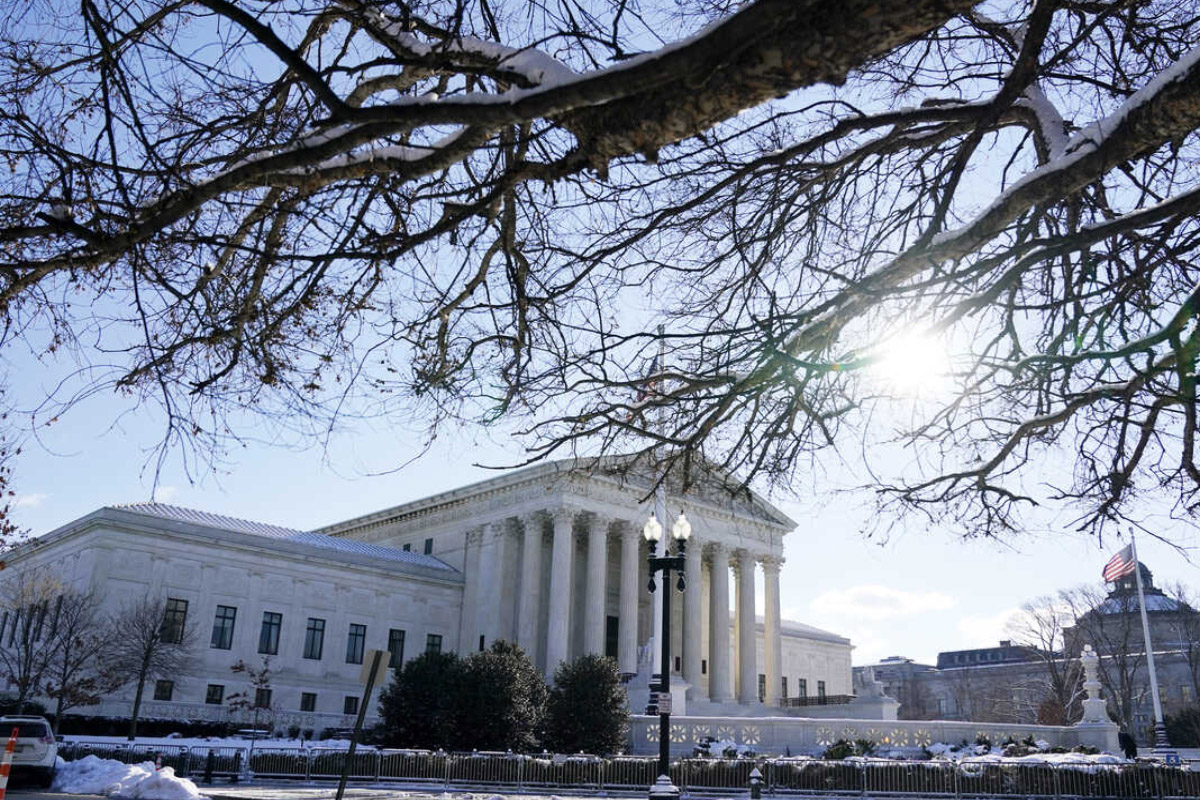 The U.S. Supreme Court on Thursday blocked the Biden administration’s vaccine mandate for employers, a ruling that leaves vaccine decisions in the hands of employers nationwide and may complicate safe return-to-workplace plans as COVID infections reach all-time highs.

Justices ruled 6-3 that the administration cannot enforce its sweeping rule that employers with 100 or more employees must implement a COVID-19 vaccination requirement for their workers and offer a weekly testing alternative for those who refuse or are unable to receive a vaccine.

“Although Congress has indisputably given OSHA the power to regulate occupational dangers, it has not given that agency the power to regulate public health more broadly,” the court wrote in an unsigned opinion. “Requiring the vaccination of 84 million Americans, selected simply because they work for employers with more than 100 employees, certainly falls in the latter category.”

In a separate ruling, the Supreme Court did allow the Centers for Medicare and Medicaid Services rule, which requires vaccination of all healthcare workers at CMS-covered facilities throughout the United States.

The ruling—which comes as COVID-19 infection rates reach all-time records due to the highly-contagious Omicron variant—has big implications for employers and on the state of COVID vaccines: A significant number of businesses have been in wait-and-see mode in regard to their vaccine-or-testing plans. Nearly a third of employers surveyed by Willis Towers Watson in November, for instance, said they would only require vaccination among employees if it was a federal rule. As a result of the Supreme Court ruling, scores of employers likely will decide not to require employees to get vaccinated, especially due to fears of unvaccinated employees quitting in a hot job market.

“This decision returns the decision-making power to individual businesses, often more equipped to identify the best safety solutions for their workforce,” says Jackie Gessner, an associate at law firm Barnes & Thornburg who works with human resource departments and business leaders on workplace issues.

The Supreme Court decision comes after months of legal wrangling surrounding the employer mandate. Shortly after Occupational Safety and Health Administration issued the private-employer rules in November, the 5th U.S. Circuit Court of Appeals put the policy for large companies on hold nationwide. But weeks later, the 6th Circuit reinstated it after hearing a consolidated case that linked all the related challenges. The Supreme Court agreed to consider the vaccine mandate for large companies after several groups appealed the 6th Circuit’s decision.

Although a federal mandate was controversial as the vaccines have become polarizing, it was actually more popular than unpopular among employees: A poll of 1,000 workers back in August from research firm Qualtrics found that 60% of employees would be supportive if their employer required vaccines for in-person work. And not only do many support mandates, but nearly 40% of workers would consider quitting if their employer did not mandate vaccines for in-person work—data that indicates employers have a business case for mandating vaccines.

No matter which way the court ruled, it was going to face backlash as the federal mandate garnered mixed reactions. Proponents say mandates are the only way to ensure millions more get vaccinated and help end the pandemic. Some business groups also lauded the mandates, saying it takes the decision of whether to mandate vaccines for employees out of their hands. Opponents, though, argue not only does the mandate place too much administrative burden on employers, but it’s an overstretch of power to force vaccination.

Still, scores of employers have moved ahead on vaccine requirements in recent months, both because of the Delta variant, then Omicron, and in preparation of federal regulations. Companies including United Airlines, Tyson Foods and Starbucks put vaccination requirements in place.

Despite Thursday’s ruling, many experts say more employers will decide to put vaccine mandates in place—as well as other aggressive safety measures—because of Omicron. The variant, which is surging nationwide, is causing a significant number of the workforce to get sick, and employers have again postponed office reopenings.

“Omicron is disrupting all kinds of plans,” says Dr. Neal Mills, chief medical officer and senior vice president of Aon’s health and benefits practice. Not only have many employers delayed office openings, put mask mandates back in place and continued to promote COVID vaccines, but Mills expects more employers will require employees to get booster shots as “employers do recognize that there’s an added layer of protection.”

Dr. Jeff Levin-Scherz, population health leader at Willis Towers Watson, agrees, explaining that many employers had already put mandates in place and “many will continue to do so where permitted.”

“The Omicron variant has proven so contagious that it will take very high vaccination rates to quell outbreaks,” he says. “Vaccines help employers decrease the risk of infection at the workplace and the risk of workplace disruption, as those who are fully vaccinated are not just less likely to be infected, they also don’t need to quarantine if they are exposed at work or outside of work.”