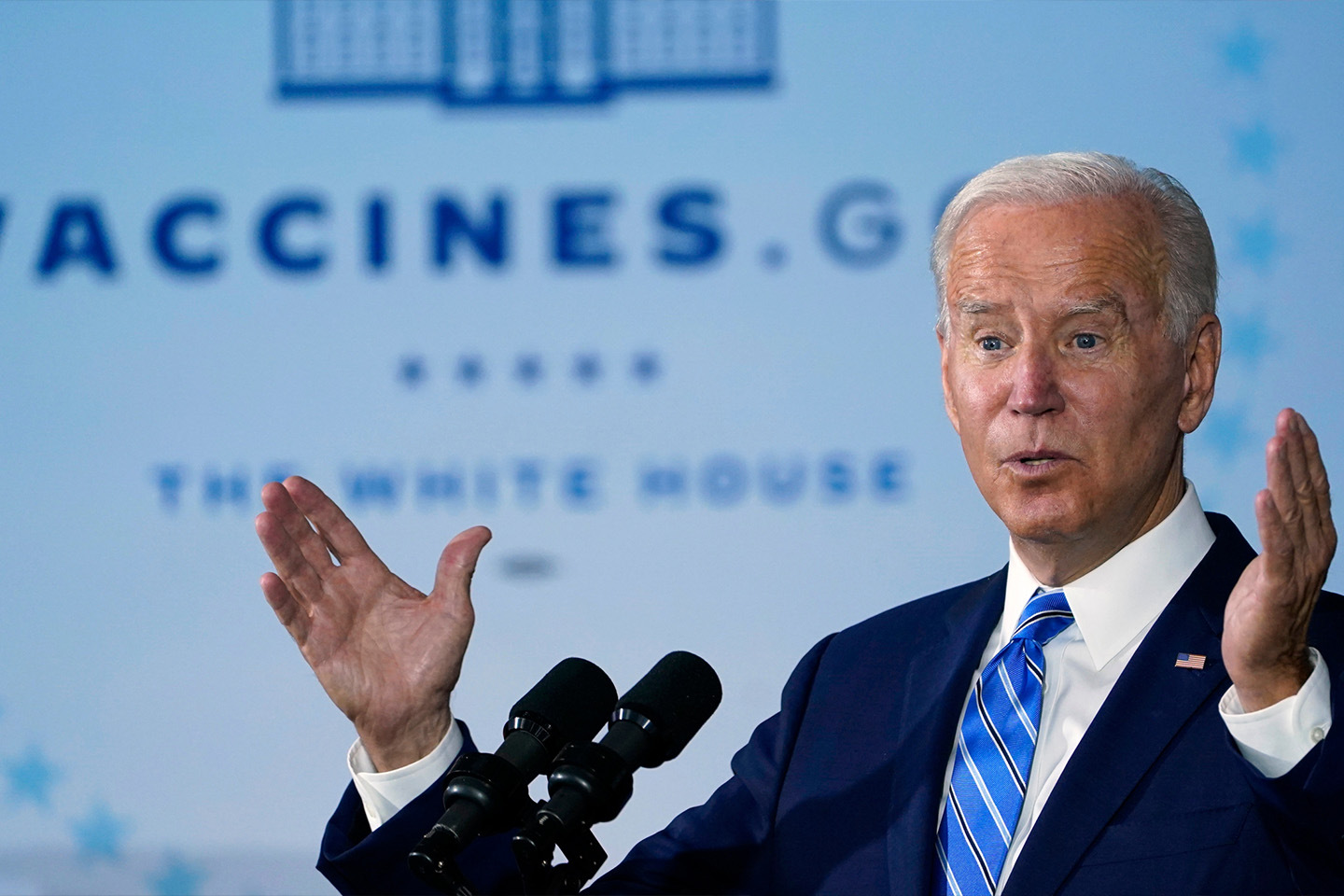 The city of San Diego will impose its vaccine mandate on city employees, including police officers, despite strong opposition from the police union.

The San Diego Police Officers Assn. was the only of the city’s six labor unions to reach an impasse with the city over the mandate during several rounds of negotiations.

During a special meeting Monday, the San Diego City Council, in a pair of 8-1 votes, agreed to move forward with the mandate, which requires employees to show proof of full vaccination or request a medical or religious exemption by Wednesday. Noncompliant employees will have 30 days to comply; otherwise, they will face termination.

As of last week, the city had received 394 requests for exemptions, including 167 from officers, according to the city.

“The way out of this pandemic is through vaccines,” Mayor Todd Gloria said, “and the city of San Diego should lead by example.”

He said it was a matter of public safety for employees and members of the public with whom they interact, as well as a necessary step for the city to efficiently provide services. The pandemic, he said, has challenged the city’s ability to provide services, such as trash collection.

Councilmember Chris Cate cast the dissenting vote. He said he is vaccinated but believes vaccination should be a choice.

He said the city could lose police officers, dispatchers, and sanitation workers, and noted that more than 1,000 employees outside of the police force remained unvaccinated as of last week.

“There is too much at risk to not recognize the dangerous consequences of a citywide vaccine mandate,” Cate said in a statement on Twitter.

The mandate, which the city announced in late August, also applies to new hires, elected officials, board members, and other volunteers. City contractors who work indoors will be required to be fully vaccinated by Jan. 3 or comply with any rules set by their employers, although the city does not plan to track their compliance, Chief Operating Officer Jay Goldstone said.

During the rounds of negotiations, the police union made several requests: that the city give employees the option to undergo testing instead of vaccination, consider progressive discipline over termination, commit to finding reasonable accommodations for exemptions, and set up an appeals process for any denied requests.

But the city did not budge, nor did the police union.

Bradley Fields, an attorney representing the union, told the City Council on Monday that the costs of the mandate outweigh the benefits. He said a mass departure of officers could create “a public safety crisis that the city will not be able to overcome.”

Union President Jack Schaeffer spoke of low staffing levels and slow response times. He has said the city could lose officers to law enforcement agencies with looser vaccine rules, which would undo years of hiring efforts that filled chronic vacancies.

Goldstone said the number of unvaccinated police officers is concerning but added that employees would get vaccinated if they knew their “organization is serious about it.”

He said the city is trying to beef up recruitment and drafting contingency plans — for libraries and parks and recreation facilities, which could mean changes to hours of operation.

“It really, really will depend on how many people” leave, Goldstone said of any effects on city services.

Courtney Pittam, the mayor’s press secretary, previously told the San Diego Union-Tribune that Gloria has worked to ensure the city is a competitive and desirable employer for police officers and firefighters by investing in academies, wages, and pension benefits. She noted that both the police and fire departments have recently put recruits through academies.

“This shows that even with the proposed vaccine mandate, we continue to attract both police officers and firefighters to serve our city,” Pittam said.

She added that the city is exploring options such as overtime, shift changes, and incentive pay to retain and attract police and fire personnel.

Several members of the City Council noted that many city employees, particularly police officers, interact with the public day in and day out.

“Our residents need to know that if they interact with a public employee … every step has been taken to ensure their safety,” Councilmember Vivian Moreno said.

Councilmember Monica Montgomery Steppe acknowledged officers’ role in public safety and said, “I think this [mandate] is a part of public safety.”

Councilmember Marni von Wilpert said the “highest cost” to officers’ lives has been COVID-19. The disease was the leading cause of line-of-duty deaths nationwide last year, killing 182 officers, according to the National Law Enforcement Officers Memorial Fund.

As the virtual meeting unfolded, about 60 community members attended a protest staged by ReOpen San Diego outside City Hall. Several of them were among dozens of speakers who called into the council meeting to voice their opposition.

Some speakers compared the mandate to Jim Crow laws and a “Nazi move.” Montgomery Steppe criticized the comparisons.

“Injustice, for me, is [having to flee] because you will be lynched in your town for standing up for yourself,” she said. “That’s injustice. This is not.”

Several speakers said the vaccine does not fully prevent the spread of COVID-19 and added that the city was violating employees’ constitutional rights by imposing the mandate.

Councilmember Sean Elo-Rivera said that although the vaccine does not completely stop COVID-19, it helps limit the spread of the coronavirus. He added that the city is not forcing employees to get vaccinated. It is their choice, Elo-Rivera said.

Nearly 1,300 city employees have been infected with the coronavirus. According to the city, lost work time due to sick days from COVID-19 has totaled more than $3.6 million between October 2020 and September 2021. The city has made on-site, walk-up vaccination available at various city facilities.