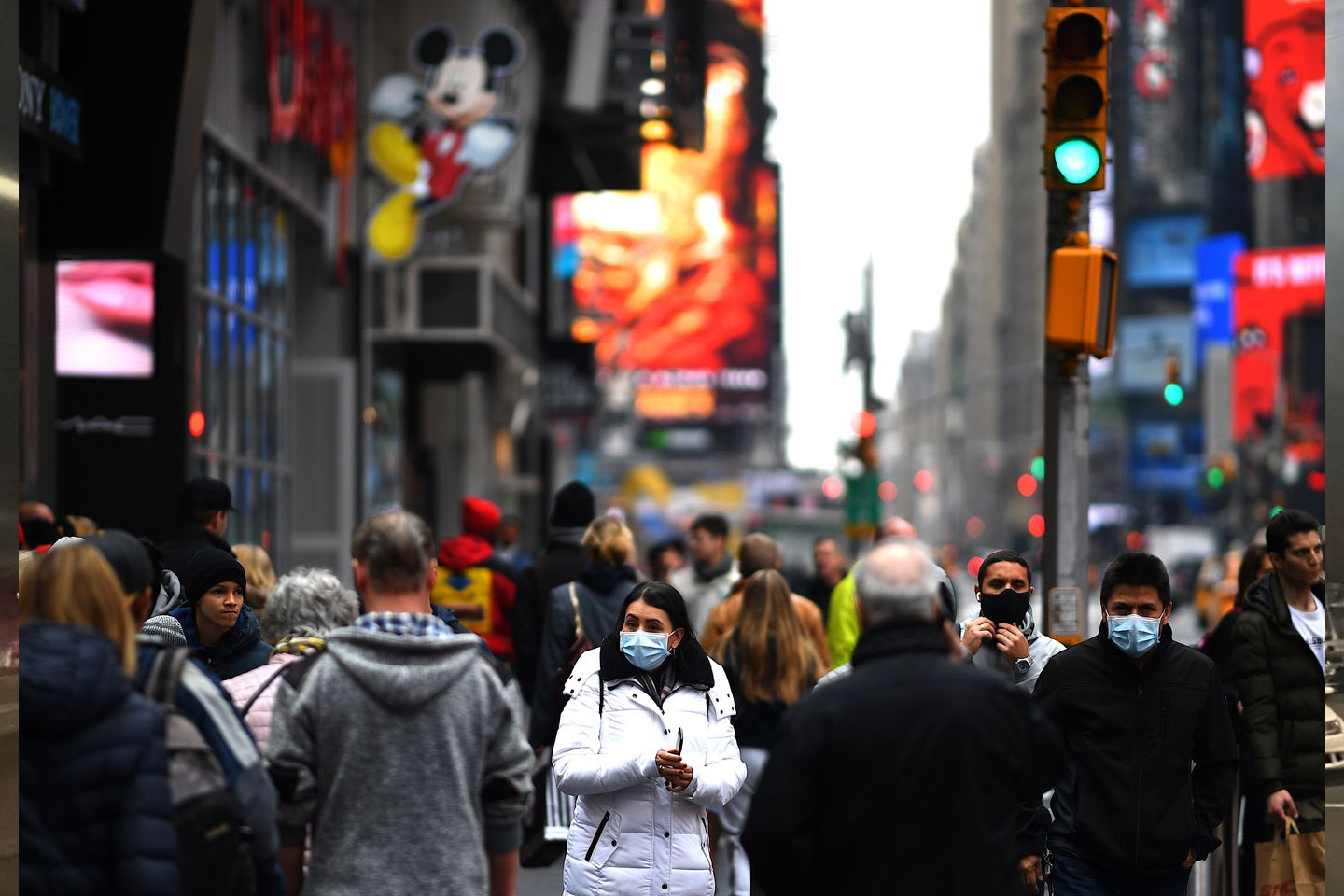 Families were cleared to gather for holidays and many felt progress was being made toward ending the pandemic, but then word of the omicron variant arrived.

The World Health Organization warned Monday that the global risk from the omicron variant is “very high” based on the early evidence, saying the mutated coronavirus could lead to surges with “severe consequences.”

Gov. Kathy Hochul said Monday that the state won’t be “defenseless” if everyone wears masks indoors, gets vaccinated, gets tested, washes their hands, and stays home when sick.

New York City Health Commissioner Dave Chokshi said he’s recommending that all New Yorkers wear masks at all times when indoors and in a public setting such as offices and stores. The guidance was in line with a federal recommendation from July.

“We believe it will be a matter of days before omicron is detected in the United States and, very likely, in New York City as well,” Chokshi said.

Across the Hudson River in densely populated Hoboken, New Jersey, Mayor Ravi Bhalla is looking at the latest case numbers and he’s worried.

“Omicron or no omicron, we’re in a vulnerable position,” he said. “We still have the delta variant, we still have a lot of people gathering indoors during the colder months and we have a high rate of transmission.

New Jersey is still seeing around 1,000 new cases per day, and 950 hospitalizations on Monday alone: the highest one-day total in the last two months.

NYU Langone Health Immunologist Dr. Purvi Parikh said, to date, the omicron variant has the most mutations – 30 – on the spike protein of the virus.

“The reason why that’s worrisome is that all of our vaccines target that spike protein,” Dr. Parikh said. “So we don’t want a variant that becomes unrecognizable to the vaccine. So as of now, we don’t know if it’s an issue or not, but we will over the next two to three weeks. So that’s why it’s a concern.”