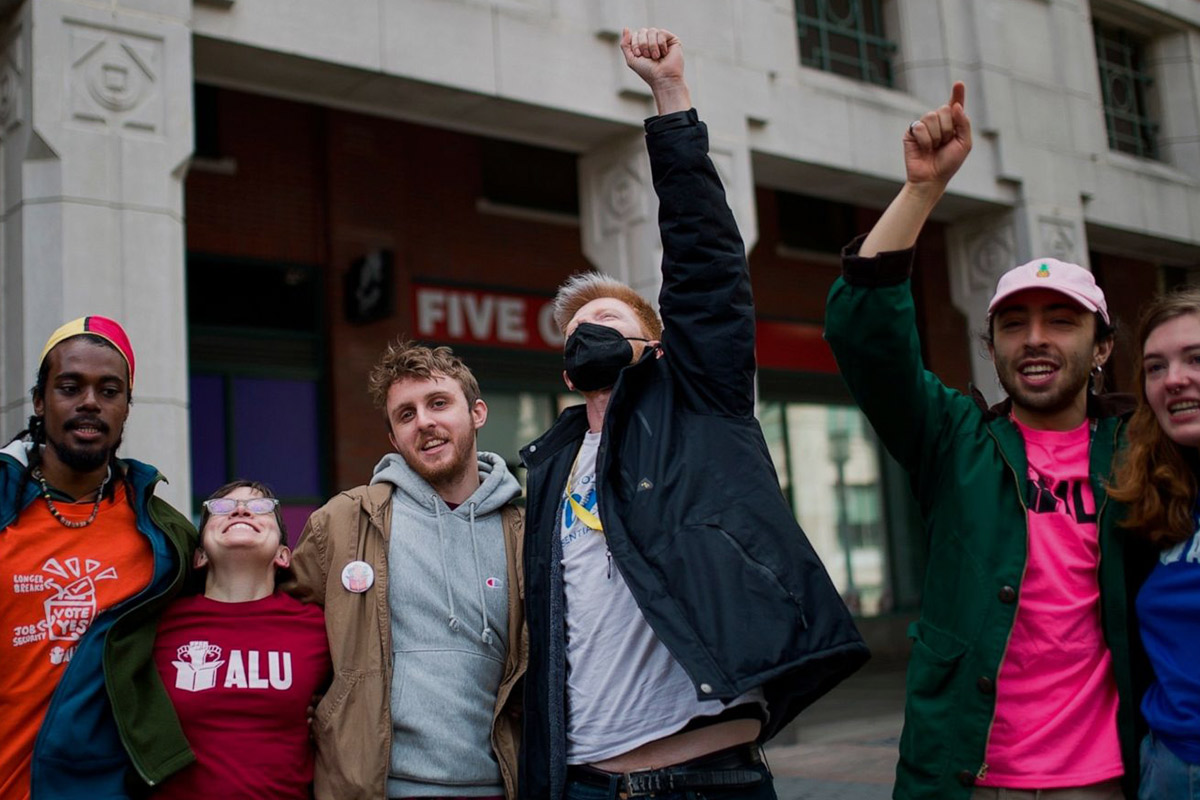 Amazon has claimed that New York union organizers handed out marijuana to workers in a bid to secure unionization votes.

The objection was one of several made by the eCommerce giant Friday as it seeks to overturn a vote that created the first union in the company’s history.

On April 1, the National Labor Relations Board said a majority of workers at the JFK8 warehouse in Staten Island, New York, had voted to join the Amazon Labor Union (ALU). Amazon is challenging the vote and has claimed that the ALU and the NLRB suppressed voter turnout.

In a filing Friday, Amazon questioned the methods used by the ALU to win unionization votes, according to multiple reports. Insider was unable to obtain the filing.

According to reports of the filing, Amazon’s lawyers said ALU organizers distributed cannabis to workers ahead of the vote, and said the NLRB “cannot condone such a practice as a legitimate method of obtaining support for a labor organization.”

Since 2021, New Yorkers aged 21 and over have been permitted to use recreational marijuana.

Eric Milner, a lawyer representing the ALU, told AP that organizers handing out cannabis was “no different than distributing free t-shirts and it certainly did not act to interfere with the election.”

Amazon and the ALU did not immediately respond to Insider’s requests for comments made outside normal working hours.

In an earlier filing, Amazon claimed that union organizers interfered with employees waiting in line to vote and threatened immigrant workers with the loss of benefits.

On Saturday, Connor Spence, the ALU’s vice president of membership, said Amazon’s objections “have no merit” and intended to “suppress a democratic outcome.” He added: “We urge Amazon to cease these childish legal games, respect the voices of their workers, and engage in behavior that is more becoming of ‘Earth’s Best Employer.'”

In a filing responding to Amazon’s objections, the union laid out 21 of its own objections, which include claims of unlawful surveillance of workers, intimidation, and retaliation.

Amazon spokeswoman Kelly Nantel told The New York Times: “Based on the evidence we’ve seen so far, as set out in our objections, we believe that the actions of the NLRB. and the ALU improperly suppressed and influenced the vote, and we think the election should be conducted again so that a fair and broadly representative vote can be had.”