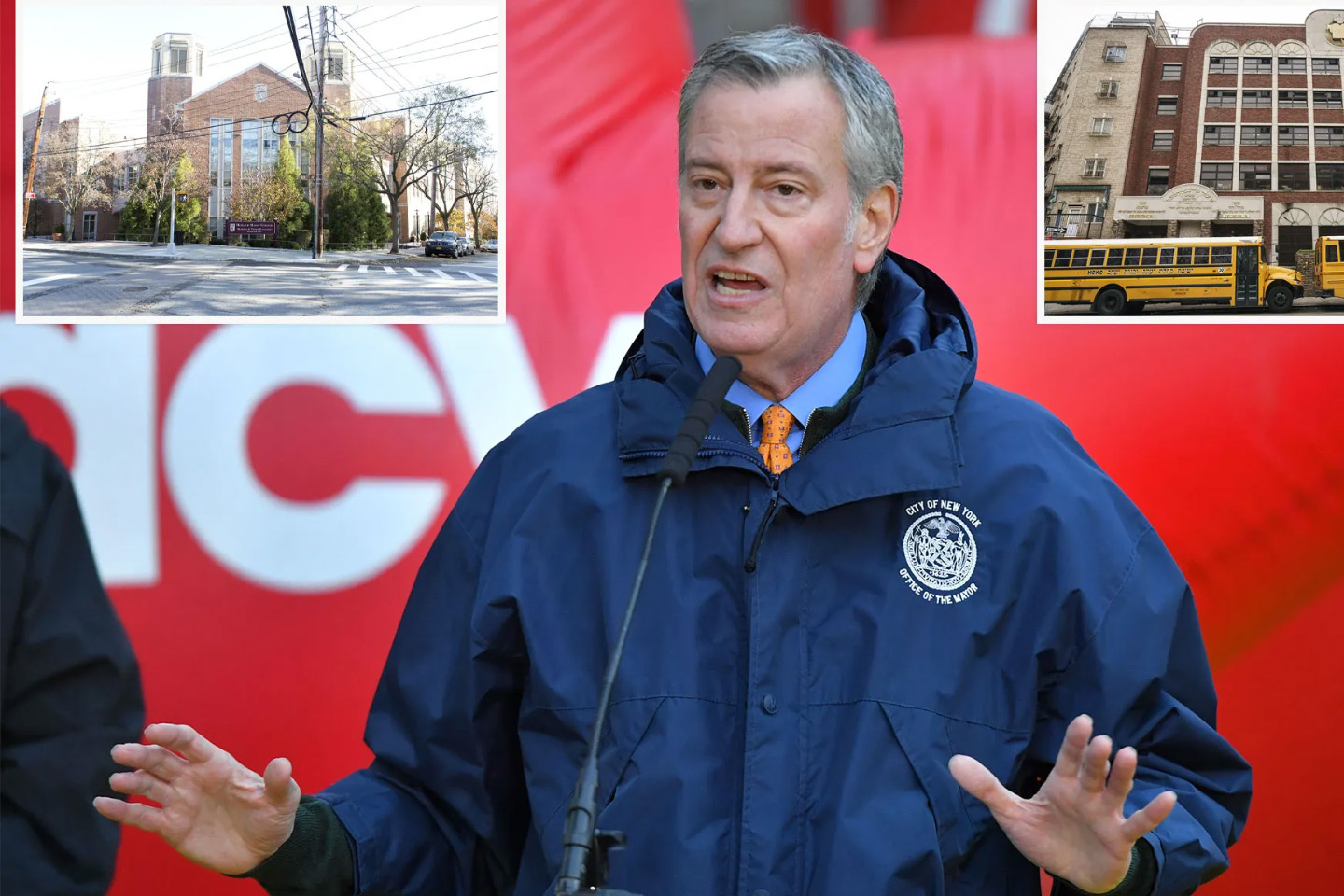 New York City will require employees at yeshivas, Catholic schools, and other private schools to be vaccinated against the coronavirus, in what is believed to be the largest effort in the nation to force religious schools to adhere to a vaccine mandate.

The new directive, which was announced on Thursday, is expected to affect roughly 930 schools and 56,000 employees, city officials said. They will have to show proof they received the first dose of a vaccine by Dec. 20.

“We’re doing everything in our power to protect our students and school staff, and a mandate for nonpublic school employees will help keep our school communities and youngest New Yorkers safe,” Mayor Bill de Blasio said in a statement.

Teachers and other employees at public schools were already required to get vaccinated, and more than 95 percent of the Department of Education’s employees have done so. Students are not required to be vaccinated, and the mayor has resisted setting a mandate for students, as some other American cities have.

As New York City faces growing concerns over the Omicron variant, Mr. de Blasio has encouraged New Yorkers to wear masks indoors and set a vaccine mandate for child care workers. All city employees, including police officers and firefighters, are also under a mandate, and their vaccination rates have soared in recent weeks.

But the decision to include religious schools and not allow religious exemptions faced immediate opposition from some Jewish and Catholic leaders, who sent a letter to Mr. de Blasio on Thursday urging him to reconsider.

“This is an area where government should be using its bully pulpit to persuade, not its regulatory arm to coerce,” said the letter from Rabbi David Zwiebel, the chairman of a group that represents religious and independent school leaders.

It is unclear how the city will enforce the mandate against schools or staff members that refuse to comply — a problem that could fall to Eric Adams, the mayor-elect who takes office on Jan. 1.

“What is the point of this if many schools will simply just go about their day?” he wrote on Twitter.

But other elected officials expressed support for the new mandate on Thursday, including Richard Gottfried, the chair of the health committee in the State Assembly and a Democrat.

“As we head into the winter, it is critical for all, especially those who work in public settings like our schools, to be fully vaccinated,” he said.

Some neighborhoods with a large ultra-Orthodox Jewish population have among the lowest vaccination rates in the city. Misinformation campaigns led to a resistance to restrictions and safety guidelines at the height of the pandemic that at times caused virus cases to surge.

While about 77 percent of New Yorkers have received one dose of the vaccine, the rate is only 51 percent in Borough Park in Brooklyn, which has a large Orthodox community. In South Williamsburg, where several leading Hasidic sects are centered, the rate is about 59 percent.

Some ultra-Orthodox women have said they are hesitant to get vaccinated because they have concerns about fertility and pregnancy. There is no evidence that coronavirus vaccines cause fertility problems, and pregnant women are encouraged to get vaccinated, according to the Centers for Disease Control and Prevention.

Mr. de Blasio, a Democrat with less than a month left in office, has longstanding political ties to the ultra-Orthodox community and has faced criticism over his handling of issues including oversight of yeshivas and a circumcision ritual, metzitzah b’peh, that led to multiple babies becoming infected with herpes.

Mr. de Blasio has relied on ultra-Orthodox leaders as he has moved through the political ranks, rising from the City Council to become public advocate and then mayor. He also relied on Orthodox donors during his unsuccessful presidential campaign.

Dr. Thomas Chadzutko, the superintendent of the Diocese of Brooklyn’s schools, signed on to the letter with Rabbi Zwiebel. At Catholic schools in Brooklyn and Queens, the vaccination rate for teachers and staff members is about 88 percent, his spokesman said.

The letter argued that the mandate could be “devastating to our schools and the children they serve” if teachers who are not vaccinated lose their jobs during the middle of the school year.

“Some schools may even be forced to close because of the severe shortage of teachers,” it said.

In August, Cardinal Timothy M. Dolan, the archbishop of New York, said in a television interview that he was “highly encouraging” teachers and staff members at Catholic schools to get vaccinated, adding that employees who were not vaccinated had to submit to weekly testing.

“We can’t jeopardize the health of the kids,” he said.

A vaccine deadline for correction officers — which Mr. de Blasio had pushed back by a month because of the ongoing staffing crisis at the Rikers Island jail complex — arrived this week, and about 82 percent of uniformed staff at the Correction Department were vaccinated as of Thursday, city officials said.

Still, hundreds of officers were being put on unpaid leave, and many who have been vaccinated were working 12-hour shifts at jails.