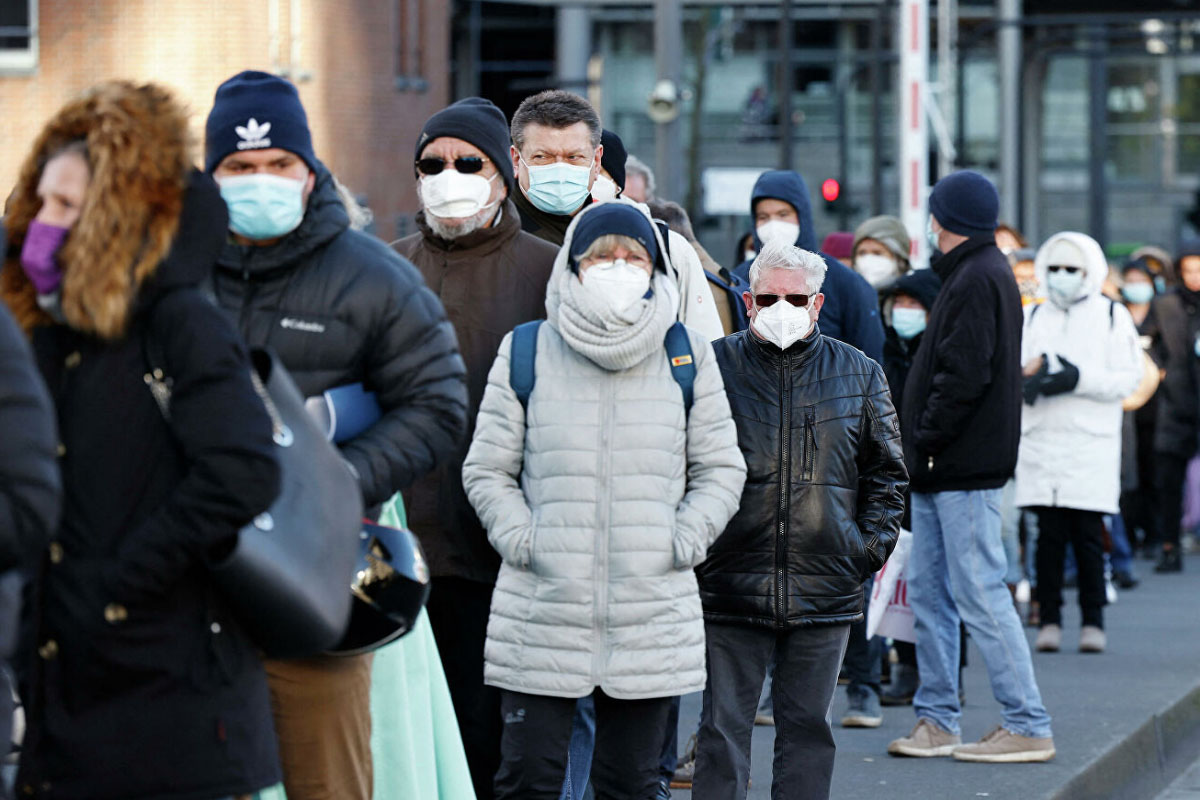 Mayor Bill de Blasio on Monday said New York City is experiencing a rapid surge of omicron infections, but he expects the wave to peak in a matter of weeks.

“It’s going to be a very challenging few weeks. But the good news is based on what our healthcare leadership understands, at this moment, we are talking about a matter of weeks,” de Blasio told the public during a Covid update on Monday.

Average daily case counts in New York City more than doubled over the week ending Friday, Dec. 17, according to the latest data available on the city’s health department website. New York is reporting a seven-day average of more than 7,200 cases per day, up from about 3,200 the week prior, a 127% increase.

However, de Blasio said people infected with omicron in New York are experiencing mild symptoms so far, though he noted there remain many unanswered questions, and scientists are still doing research to determine how sick people can become after contracting the variant.

“We’re going to see a fast upsurge in cases, we’re going to see a lot of New Yorkers affected by omicron,” de Blasio said. “So far, thank God based on everything we’ve seen, the cases are milder than what we’ve experienced previously.”

However, epidemiologists and infectious disease experts have cautioned that even if omicron proves more mild than the predominant delta variant, it could still cause a major spike in hospitalizations and deaths simply because it spreads so fast, putting strain on some healthcare systems.

De Blasio emphasized the importance of vaccination to protect against omicron. The mayor said his vaccine mandate for private businesses is key to avoiding the shutdowns that devastated New York City’s economy in 2020.

“We’ve got to defeat Omicron, we got to avoid shutdowns, we got to avoid restrictions, we got to keep moving forward — vaccination is the key,” De Blasio said. Nearly 80% of New York City residents have received at least one dose of a vaccine, while 71% of the population is fully vaccinated.

De Blasio said his administration is working with the White House and the private sector to address a shortage of at-home testing kits at pharmacies. The mayor said the city will also open 23 additional testing sites this week for a total of 112 city-run locations across all five boroughs.

“We’re finding the supplies are becoming a challenge because all over the country testing is going up suddenly and we’re seeing a supply problem that needs to be addressed,” De Blasio said.

Officials with the World Health Organization have said omicron is more contagious than any previous variant of Covid-19. Dr. Rochelle Walensky, director of the U.S. Centers for Disease Control and Prevention, said last week’s estimates put omicron at 13% of all cases in New York and New Jersey. Omicron accounted for about 3% of U.S. Covid cases nationwide, according to the CDC.

The original two-dose vaccination series, on the other hand, offers only 33% protection against infection, but still provides 70% protection against hospitalization, according to real-world data from South Africa’s largest health insurer, Discovery Health.