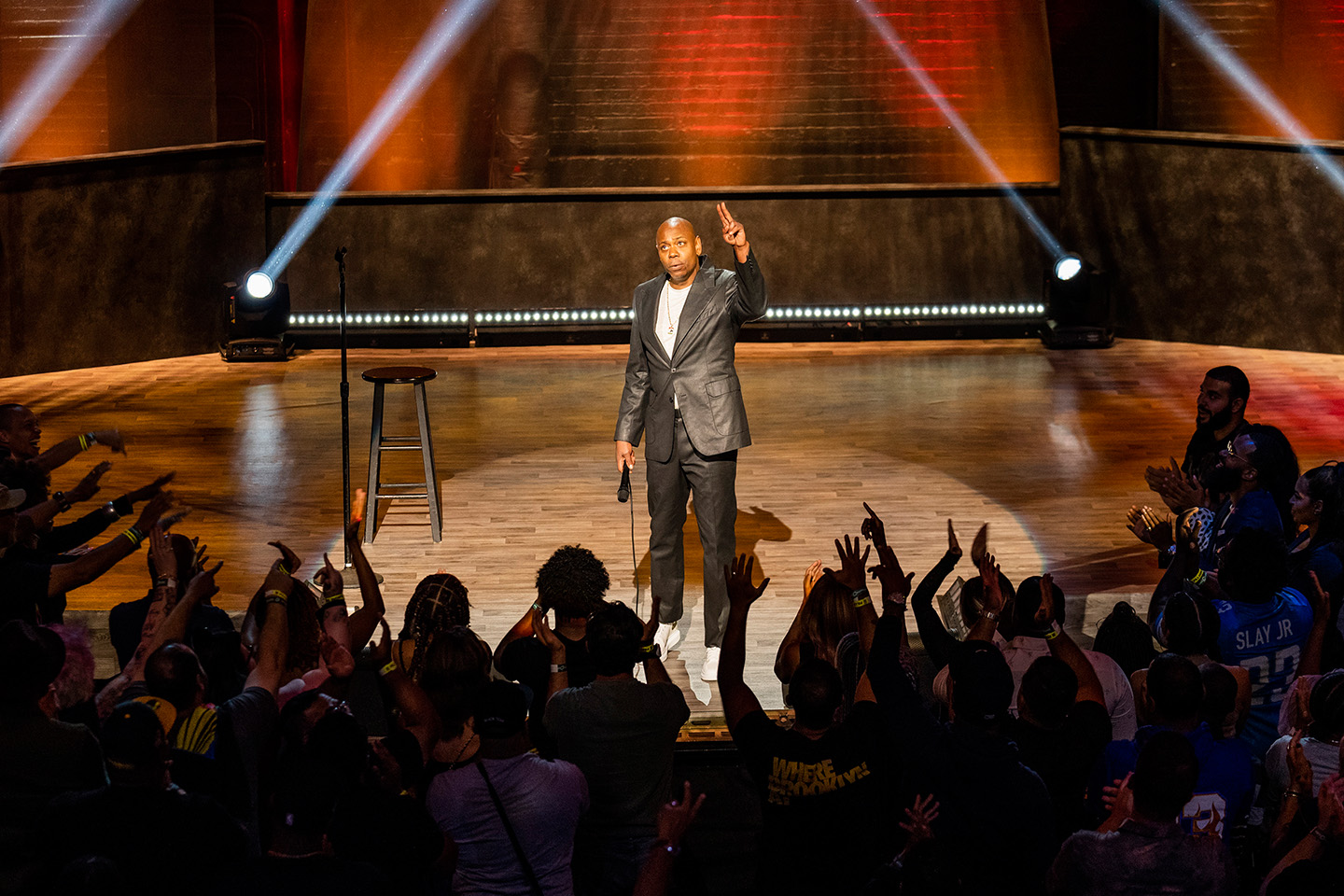 Netflix has suspended a trans employee who tweeted about Dave Chappelle’s comedy special The Closer. In the stand-up set, which was released on October 5th, Chappelle doubles down on his jokes about LGBTQ groups.

The next day, Netflix software engineer Terra Field tweeted about Chappelle, writing that the comedian “attacks the trans community and the very validity of transness” in the special.

The tweet thread went viral, quickly spiraling into a conversation about free speech and cancel culture. Netflix then suspended Field along with two other employees for trying to attend a director-level meeting they weren’t invited to. Another trans employee is quitting the company over how the special — and Field’s comments — were handled.

In a statement emailed to The Verge, a Netflix spokesperson pushed back against the idea that Field was suspended for tweeting. “It is absolutely untrue to say that we have suspended any employee for tweeting about this show,” they said. “Our employees are encouraged to disagree openly and we support their right to do so.”

The special has sparked significant controversy inside Netflix. (Disclosure: The Verge is producing a forthcoming show for Netflix.) Shortly after it came out, employees started asking pointed questions about whether or not trans people were included in the decision to air the special and where the company draws a line between commentary and transphobia.

“We repeatedly provide a platform for content that is harmful to the trans community,” wrote a current employee in Netflix’s open Q&A document. “These decisions have a material impact on our business, including harm to our current employees and talent declining to work with us. What is our plan on how we are going to repair this situation in particular?” None of the questions seen by The Verge asked for the special to be taken down.

On October 8th, Netflix co-CEO Ted Sarandos responded to the questions in an internal email. “It never feels good when people are hurting, especially our colleagues,” he wrote. “You should also be aware that some talent may join third parties in asking us to remove the show in the coming days, which we are not going to do.”

“Several of you have also asked where we draw the line on hate. We don’t allow titles on Netflix that are designed to incite hate or violence, and we don’t believe The Closer crosses that line. I recognize, however, that distinguishing between commentary and harm is hard, especially with stand-up comedy which exists to push boundaries. Some people find the art of stand-up to be mean-spirited but our members enjoy it, and it’s an important part of our content offering.”

The trans employee resource group at Netflix has been meeting with executives for years to try and educate them about the impact of transphobic content, according to a current employee. When Netflix bought the movie Girl, about a fifteen-year-old ballet dancer preparing for gender confirmation surgery, it sparked multiple internal conversations about cisgender directors creating content about trans people.

Sarandos said that the company’s commitment to inclusion is reflected in titles like Sex Education and Disclosure, a documentary about Hollywood’s impact on the trans community. But one current employee tells The Verge they were not swayed by the statement. “You can’t do a carbon offset for bigotry,” they said dryly. Disclosure director Sam Feder also tweeted that Netflix “rented [the documentary] for half of what it cost to make it.”

Netflix has a long history with Dave Chappelle. In 2016, the comedian signed a deal to create three specials for the platform. Four years later, Netflix pulled Chappelle’s Show from the streaming service at the comedian’s request. (It then reinstated it in 2021 after Chappelle’s beef with Comedy Central died down.)

But while the comedian’s earlier specials have drawn controversy, Chappelle’s most recent has evoked a much stronger response. The Closer has drawn criticism from GLAAD, which wrote on Twitter that “Dave Chappelle’s brand has become synonymous with ridiculing trans people and other marginalized communities.” In a statement to Variety, the National Black Justice Coalition said: “Perpetuating transphobia perpetuates violence. Netflix should immediately pull The Closer from its platform and directly apologize to the transgender community.”