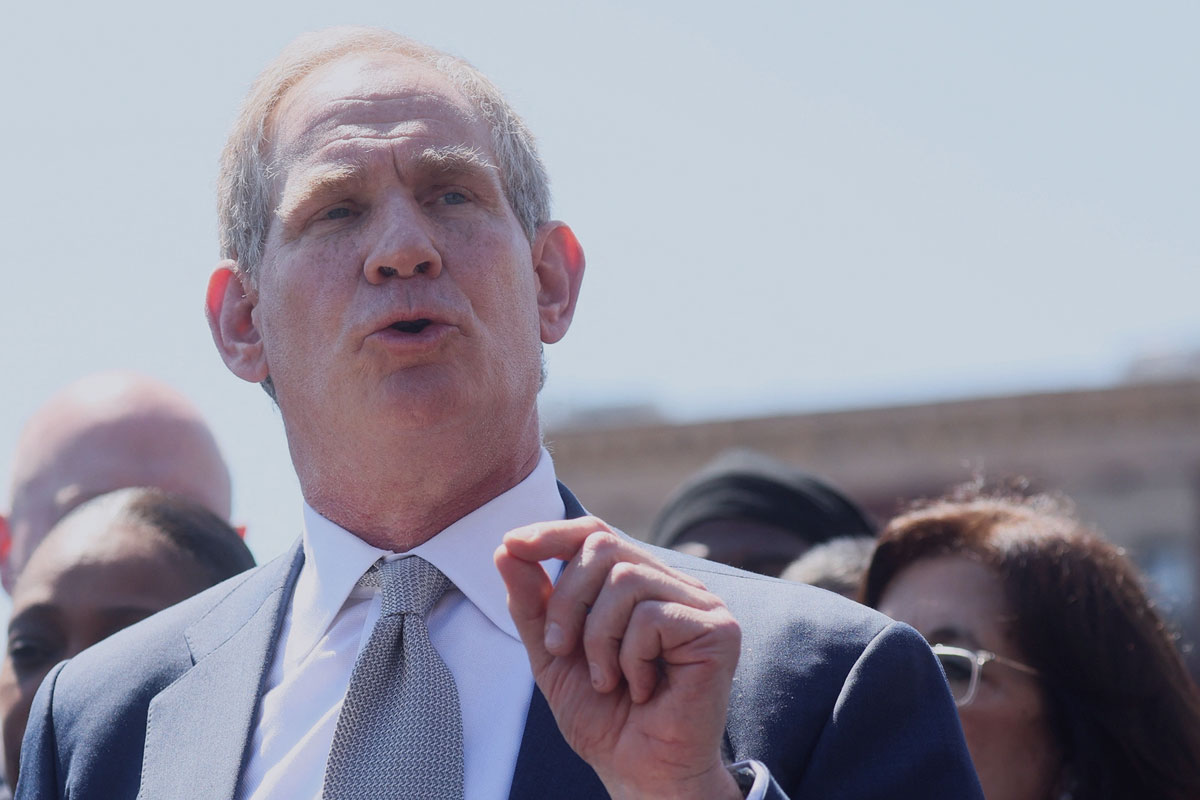 The MTA and union officials are asking New York state lawmakers to pass a bill that would protect more transit workers from assaults before the legislative session ends, The Post has learned.

“We write to you asking that, before the 2022 Legislative Session adjourns, you address one of the egregious deficiencies in the New York State law protecting transit workers from attacks,” MTA Chair and CEO Janno Lieber and six other transit chiefs said in the Saturday letter, obtained by The Post.

Under current law, individuals who assault or harass certain transit workers — such as subway train operators or conductors — “with intent to cause physical injury” can be charged with assault in the second degree.

But the MTA wants Albany to tweak state law to include roughly 11,000 more transit employees such as station customer assistants, traffic checkers, ticket collection agents, and their supervisors, who are not currently protected by statute.

The change would also cover workers in these positions on the commuter rail lines, like the Long Island Railroad.

Will Schwartz, the MTA’s deputy chief of state and local government affairs, told The Post he and Lieber had a Zoom meeting with Heastie one week ago explaining the urgent need for the request ahead of June 2, the last day of the legislative session.

“The clock is running out, we don’t want to see them going out without this piece,” he said.

“MTA frontline workers have been heroic during the COVID pandemic, keeping the New York City metropolitan region moving. Unfortunately, however, in recent years there has been a trend of increasing attacks on transit workers,” reads the letter.

“Our employees should not be subjected to physical abuse on a day-to-day basis, including punching, spitting, pushing, and other violent behavior.”

MTA officials also support a bill sponsored by state Sen. Leroy Comrie (D-Queens) that would add a new crime to the books, making it a class A misdemeanor if a person strikes, shoves, or kicks a transit worker. However, that measure is unlikely to pass before the session’s end.

The authority also got reprimanded by the state’s Labor Department earlier this month for failing to record over 200 assaults against workers in 2019 and 2020, in violation of Empire State requirements.

Mayor Eric Adams and the NYPD have implemented strategies to decrease subway crime in recent months, reviving the department’s night patrol unit, meaning more cops are assigned to walking the platforms and trains.

Recent high-profile attacks on commuters like the Times Square shoving of Michelle Go and last weekend’s Q-train fatality have caused Adams to personally meet with business leaders to instill confidence in his administration’s public safety plans.

Representatives for Stewart-Cousins and Heastie could not be reached for immediate comment.