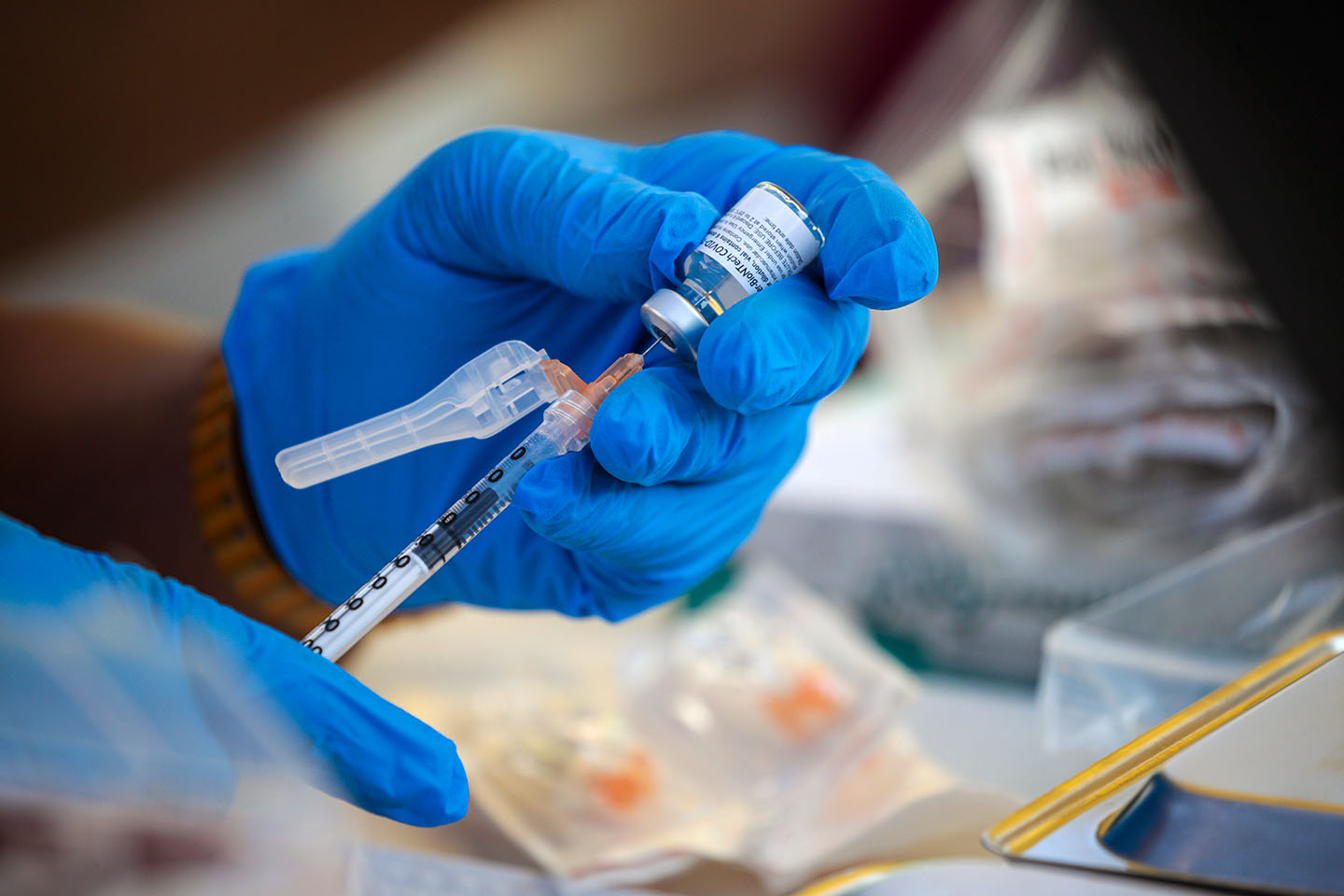 While many large companies across the U.S. have announced that COVID-19 vaccines will be required for their employees to return to work in person, there is one state where such requirements are banned: Montana.

Under a new law passed by the state’s Republican-controlled Legislature earlier this year, requiring vaccines as a condition for employment is deemed “discrimination” and a violation of the state’s human rights laws.

Montana is the only state in the U.S. with a law like this for private employers, said Hemi Tewarson, executive director of the National Academy for State Health Policy.

The law has raised concern among employers across the state as Montana struggles with a rise in COVID-19 cases that is once again straining the state’s health care system.

Pushback swelled this week when physicians called on the Legislature to reverse the law.

“This is against everything we’ve ever known or believed about public health,” said Dr. Pamela Cutler, president of the Montana Medical Association. “I believe it’s a travesty now and it needs to be fixed so that we can make our offices safe for patients and our coworkers.”

GOP lawmakers who supported the bill in the state Legislature said it was needed in response to employers “coercing” employees to get vaccinations under threat of termination. Some of the loudest supporters of the bill were employees of Benefis Health System in Great Falls who were told earlier this year that COVID-19 vaccines would be necessary to keep their jobs.

Benefis was forced to backtrack on that plan when the law was signed by Gov. Greg Gianforte in May.

Gianforte, a former business executive who founded and ran a technology company, gave the bill the green light after changing it to allow health care facilities to require unvaccinated workers and those who refuse to disclose their vaccination status to wear masks and take other precautions.

He stood behind the law this week amid heightened scrutiny.

“While the governor continues to encourage Montanans to receive safe and effective vaccines, doing so is voluntary and no individual should face discrimination based on vaccination status,” Brooke Stroyke, a spokesperson for Gianforte, said in an email.

While the list of national corporations requiring vaccines of their employees who want to return to work in-person continues to grow, which now includes Google, Facebook, Walmart, and United Airlines, businesses in Montana don’t have that option.

“Most (businesses) feel like their hands are tied right now,” said Mike Rooney, operations director for Downtown Helena Incorporated, an organization that represents businesses in downtown Helena. “Some would definitely be very supportive of a vaccination requirement or a mask requirement.”

The Montana Hospital Association opposed the law before it took effect, warning that it would make it harder for the state to meet its need for medical services. Now, the association is saying their fears may come to fruition.

Dr. Neil Ku, an epidemiologist at Billings Clinic who sits on the board of the Society for Healthcare Epidemiology of America, said the law sets Montana apart in conversations about how to combat the coronavirus.

“It is very very difficult for me to participate in the conversation when everywhere in the country can talk about vaccinating their employees but I can’t,” Ku said.

Hospitals in Montana until recently required their employees to get most vaccines approved by the Centers for Disease Control, including the annual flu shot, providing an avenue for employees to opt out for medical or religious reasons. Now, that is no longer possible, leaving both workers and patients vulnerable.

Across the U.S., 60% of those eligible are vaccinated against the COVID-19. In Montana, that number is 49%.

In Montana hospitals, employees are vaccinated at a higher rate, but without a requirement, patients must contend with added risks to their health when seeking care.

“It holds us out as an anomaly against the rest of the nation,” said Rich Rasmussen, president of the Montana Hospital Association. “We have to rely on recruiting from out of state. The rest of the nation is looking at us and they are saying, ‘I don’t know if I want to practice in Montana, because of their approach to patient and employee safety as it relates to vaccinations.’”

Like many states, Montana is dealing with a rise in COVID-19 cases fueled by the highly contagious Delta variant. According to a state report released earlier this week, 234 out of the 240 beds in the Benefis Hospital are occupied.

Facing the specter of a coronavirus surge, Montana employers are left to navigate their way to keep employees safe and the doors open.

“A lot of businesses feel like they don’t have the support right now, so for them, it’s about how do they figure it out on their own end,” Rooney said.