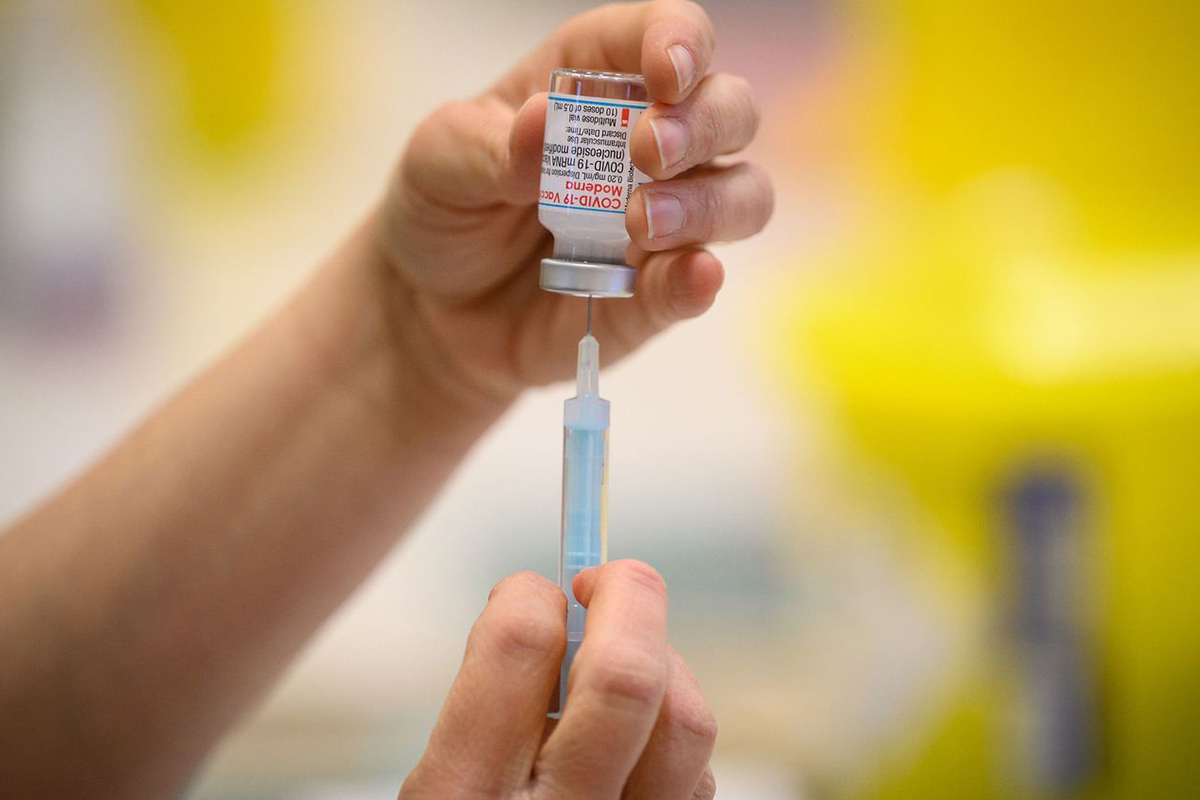 Moderna on Thursday is expected to formally ask the Food and Drug Administration to authorize its Covid-19 vaccine for children under the age of 6, three people with knowledge of the matter told POLITICO.

The request comes a month after the drug company signaled its two-dose regimen generated immune protection in the youngest children comparable to young adults, and amid growing impatience from lawmakers and parents for the administration to greenlight a vaccine for the nation’s youngest children.

But Moderna still needs to send final datasets to the agency, which two of the people with knowledge of the matter said it likely won’t submit until May 4. The FDA has also committed to holding a meeting of its outside advisory committee before authorizing any vaccines for young children.

The filing means that the FDA can begin to consider Moderna’s shot for distribution to the public. But a decision could still be weeks away.

The FDA declined to comment when asked about the forthcoming application.

Under questioning Tuesday from Sen. Patty Murray (D-Wash.), top FDA vaccine regulator Peter Marks told lawmakers that the agency planned to publish a tentative timeline next week showing when it planned to hold outside advisory committee meetings on the vaccines for young children — a move that could offer more precise insight into when the agency plans to authorize the shots.

The filing is likely to ratchet up pressure on the FDA over its timeline for authorizing the vaccine, after POLITICO reported that the agency had discussed holding off on a a verdict until drug company Pfizer seeks authorization for a competing shot.

Some federal regulators privately argued that authorizing the competing vaccines simultaneously would make it easier for the agency to roll them out to the public and cut down on the potential for confusion. Unlike Moderna, Pfizer’s vaccine is a three-shot regimen.

But that would also likely mean waiting until June, lengthening the wait for a first Covid shot for millions of children, and sparking backlash from parents’ groups and lawmakers.

“Many families of young kids are hesitant to resume their normal activities until the vaccine is available to their kids,” Colorado Gov. Jared Polis said in an interview. “Just put the facts in front of parents and let them make that decision.”

The criticism touched off a scramble behind the scenes to manage the fallout, two people familiar with the dynamics said, with health officials debating how exactly to proceed once Moderna’s full filing is submitted in early May.

“Let me be very clear, being thorough absolutely does not mean we are delaying review of these vaccines,” Marks said in a video posted by the FDA on Tuesday, emphasizing the importance of ensuring parents trust any authorized vaccines. “We’re going to move with all expediency without sacrificing our standards to complete our evaluations.”

The White House, for its part, has made clear that the decision is solely up to the FDA, the people said. Some officials over the past week have even gone out of their way not to discuss the vaccines with FDA regulators, for fear of being accused of political interference.

The application is expected to rely on evidence generated from a clinical trial of roughly 6,700 kids. In March, Moderna reported that two-quarter doses of its Covid-19 vaccine produced an immune response in kids 6 and under on par with the immune response to young adults who received two full doses of the shot. Real-world evidence collected during Omicron showed that the vaccine reduced symptomatic Covid-19 cases by 43.7 percent among children 6 to 24 months old, and by 35.7 percent among kids 2 to 6 years old, comparable to adult protection at the time.

Children who received the vaccine experienced mild side effects, and no children in the trial developed severe Covid-19.

The FDA had originally told vaccine manufacturers their products needed to reduce symptomatic Covid cases by 50 percent for adults. For children or other groups harder to study in large numbers, the agency issued guidance that said it would allow manufacturers to use a metric called immunobridging, which compares the immune response generated by the vaccines.