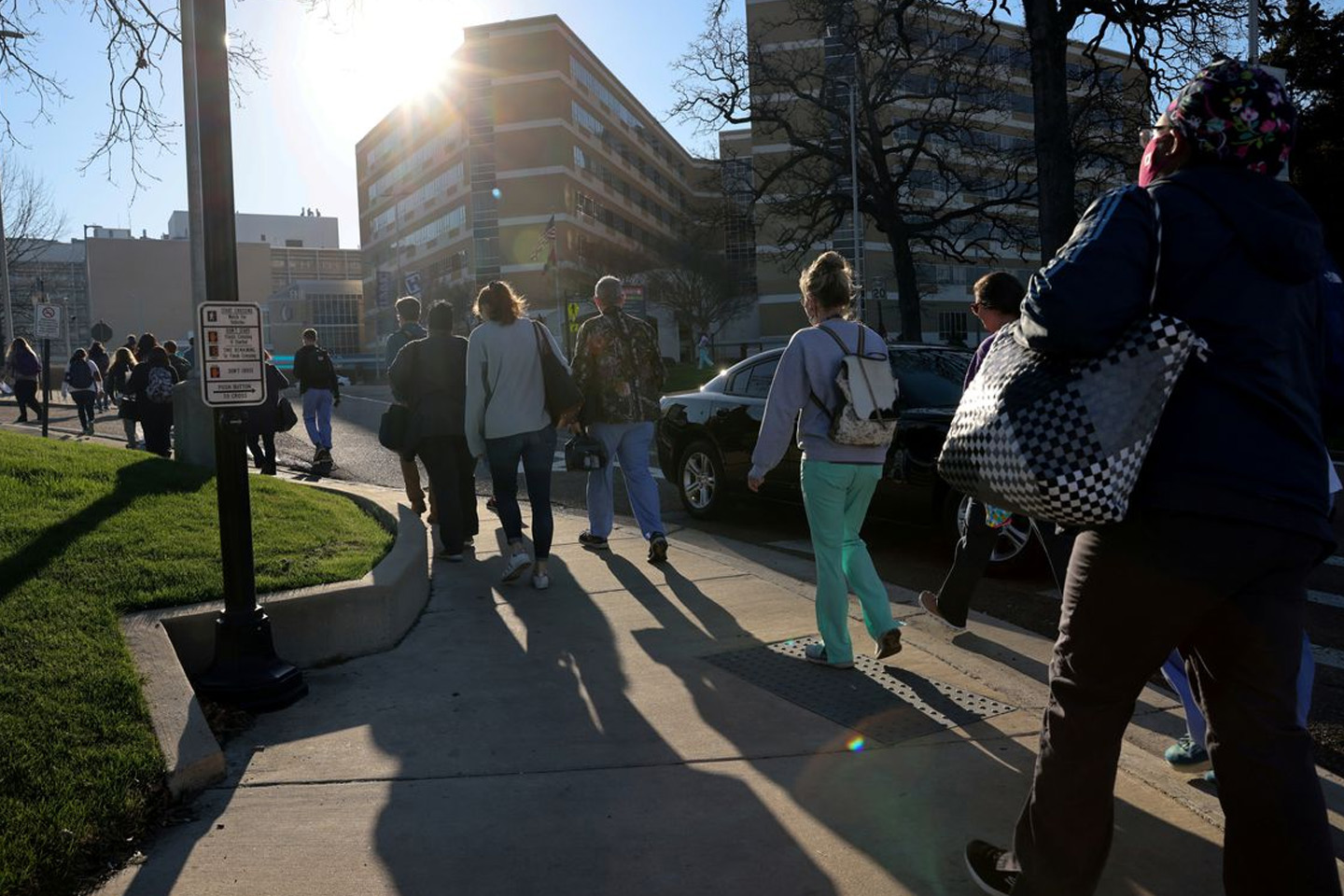 The crush of new COVID-19 infections in Mississippi has become so dire that the state has turned to efforts reminiscent of the earliest days of the U.S. pandemic, when a field hospital was set up in New York’s Central Park and a medical ship was moored in the Hudson River.

With an overload of coronavirus patients and a shortage of healthcare workers in the state, the University of Mississippi Medical Center (UMMC) opened up a 20-bed field hospital in its parking garage on Friday morning. It plans to open a mobile hospital tent early next week, staffed by a medical team sent by the U.S. Department of Health and Human Services.

The UMMC hospital opened a similar triage center in its parking garage in the spring of 2020.

Mississippi Governor Tate Reeves said that the federal government had denied his state’s request for the same U.S. Navy hospital ship – the USNS Comfort – that docked in Manhattan in March 2020 to relieve hospitals of their COVID-19 patient burden. At the time, New York was the epicenter of the coronavirus outbreak in the United States.

“The ask for the ship was as much about the over 500 personnel that come with it as it was about the actual physical facility,” Reeves said at a news conference on Friday.

He said he welcomed any of those federal medical workers to Mississippi but like many of his fellow Republicans also vowed never to force people to wear masks, which are known to be an effective defense against the spread of the coronavirus.

“I believe every individual ought to make what they believe to be the best decision for themselves,” he said. Reeves told reporters that he and his family had been vaccinated but said there were “risks” associated with both getting vaccinated and remaining unvaccinated.

Low vaccination rates and the more infectious Delta variant of the coronavirus have driven a surge of COVID-19 cases across the United States, overwhelming some state medical systems.

Arkansas, Florida, Louisiana, Mississippi, and Oregon have reported record numbers of COVID-19 hospitalizations this month, according to a Reuters tally, stretching intensive care units near capacity and forcing states to seek medical aid from the federal government.

Republican governors in southern states such as Florida and Texas have banned mask mandates and threatened to withhold funding from schools that impose them, however. The White House is considering reimbursing school officials who lose pay from flouting the ban. read more

Florida, Mississippi, and Oregon logged unprecedented COVID-19 case levels in August, with Mississippi reaching its record-high daily case count of 5,023 on Friday, according to a Reuters tally and the U.S. Centers for Disease Control and Prevention.

Brown said that a statewide indoor mask mandate she issued this week, along with rising fears of this fourth COVID surge, is not the news her constituents hoped to be hearing by late summer.

“The harsh and frustrating reality is that the Delta variant has changed everything,” Brown said in a taped message.

Weekly cases in the state have doubled while weekly deaths have tripled in the past two weeks.

On Thursday, 1,578 COVID-19 patients were currently admitted in Mississippi’s hospitals, the highest since the pandemic started last year. More than 90% of its ICU beds were occupied, according to data from HHS.

The state has struggled with a 142% jump in hospitalizations in past two weeks, according to a Reuters analysis.

A Republican Mississippi state lawmaker announced on Thursday that he had received a vaccination after “struggling” with the decision for months and consulting two doctors.

“The infection numbers among the unvaccinated made me pull the trigger,” state Senator Joel Carter Jr. said in a tweet.