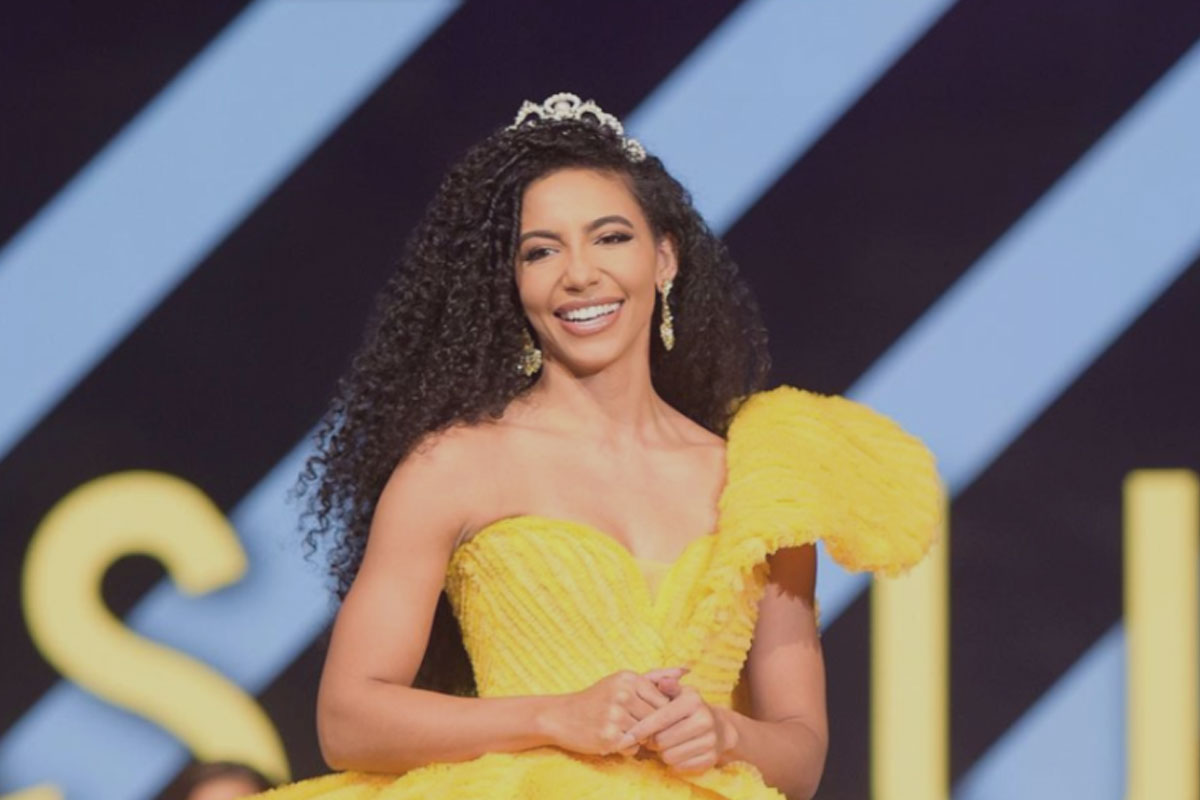 the SHRM Foundation announced the establishment of the Cheslie C. Kryst Memorial Scholarship at the SHRM Annual Conference & Expo 2022 in New Orleans on June 14. Two $10,000 scholarships will be awarded, one each to an HR student and an early-career HR professional who express and display a deep commitment to workplace mental health and wellness.

Kryst, 30, died by suicide on Jan. 30. She was a Society for Human Resource Management (SHRM) speaker and friend of SHRM who majored in management with a concentration in human resources management. She was a complex civil litigator, Miss USA 2019, and correspondent for the TV show “Extra.”

“SHRM lost a very special friend and member of our family earlier this year,” said Emily M. Dickens, J.D., chief of staff, head of government affairs, and corporate secretary at SHRM, during the morning general session.

“We will never forget Cheslie,” she told Kryst’s mother, April Simpkins, SHRM-CP, and brother Chandler Kryst, who were in the audience as special guests of SHRM President and Chief Executive Officer Johnny C. Taylor, Jr., SHRM-SCP.

Simpkins is an HR consultant, CHRO at Totalhr, mental health advocate, past diversity director for the South Carolina SHRM State Council, and active volunteer in the Carolinas Chapter of SHRM.

“[Kryst] lives on in our memories of her passion and her presence,” Dickens said, noting her “unwavering advocacy for criminal justice reform and her commitment to Dress for Success and Big Brothers Big Sisters of America.”

“She was a champion for our profession and a beautiful, kind person who touched the lives and hearts of so many people,” Dickens added. Kryst “remains an indelible inspiration for girls and young women, especially of color.”

Applications for the scholarships will open in July, and the scholarships will be awarded Oct. 17 at the SHRM Foundation’s annual Tharseo Awards in Chicago to assist the recipients’ pursuit of their academic degrees. The Tharseo Awards, which the SHRM Foundation launched in 2021, honor leaders who serve as visionaries, innovators, and change agents.

Scholarship applicants must demonstrate a track record of promoting mental health through practice or through their academic studies and write an essay on the significance of workplace mental health and wellness within their HR career. An external panel of judges will review applications, and the winners will be notified in September.

The scholarship announcement preceded the conference’s general session on “Shifting Mental Health Awareness into Action in the Workplace,” which was a discussion between SHRM Board Chair Melissa Anderson, SHRM-SCP, and Arianna Huffington, founder, and CEO of Thrive, a behavioral change tech company based in New York City.