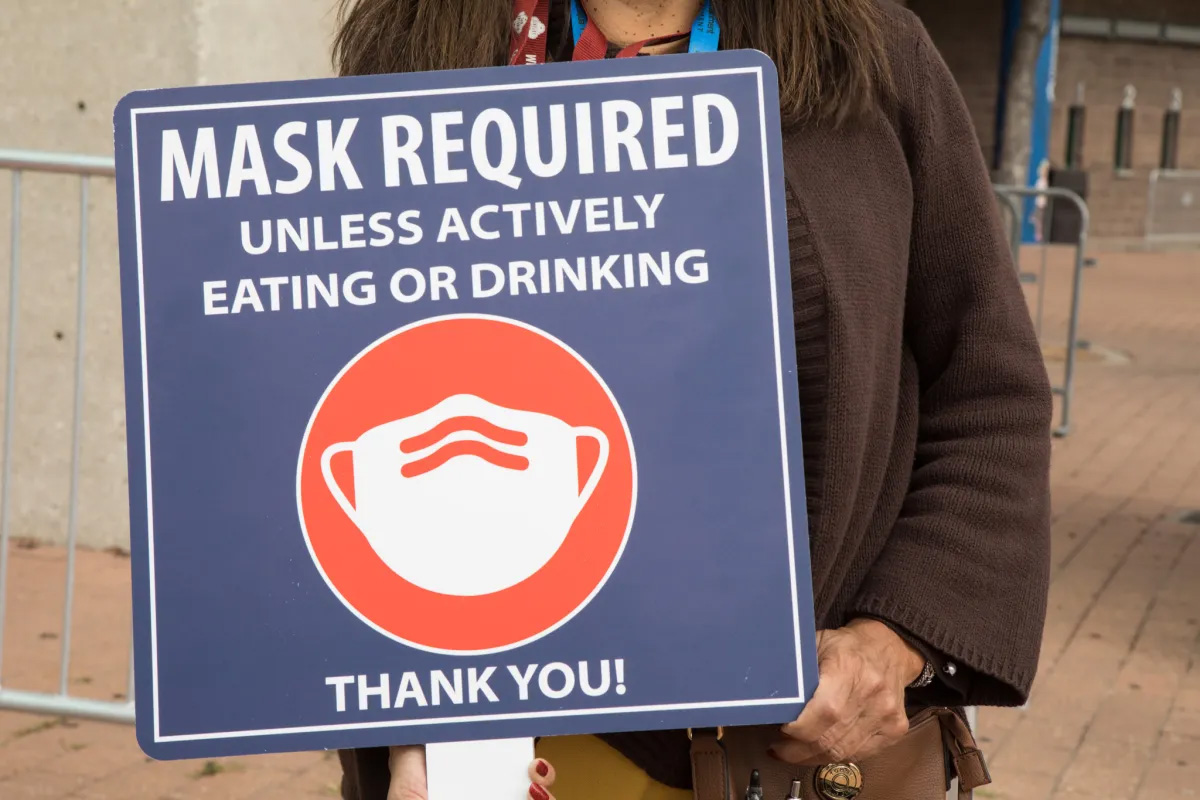 A Minnesota man has been sentenced to serve a year in prison after attacking a Menards employee over a mask policy, The Associated Press reported.

Luke Oeltjenbruns is accused of hitting the lumber store employee multiple times in the head with a piece of wood after objecting to the store’s mask mandate policy.

Authorities later found Oeltjenbruns sitting alone in his pickup truck in another store’s parking lot, according to a Minneapolis Star Tribune report published in April.

A slow-speed chase ensued where police officer Steven Sickmann got up on the truck’s running board and reached through the window.

Oeltjenbruns then closed the window on Sickmann’s arm and drove off, crashing into police vehicles, according to the filed complaint.

As Sickmann tried to grab a hammer to break free, Oeltjenbruns took the hammer and hit the police officer in the head, the Star Tribune reported.

Oeltjenbruns’s wife, Robbie Lynn Oeltjenbruns, said during his sentencing that her husband suffers from depression, anxiety and PTSD from his time in the military, the AP reported.

Luke Oeltjenbruns pleaded guilty to charges of first- and second-degree assault in the incident.

After his time in prison, he will also serve 10 years of probation during which he will perform community service, attend therapy sessions and write letters of apology to the victims, the AP noted.