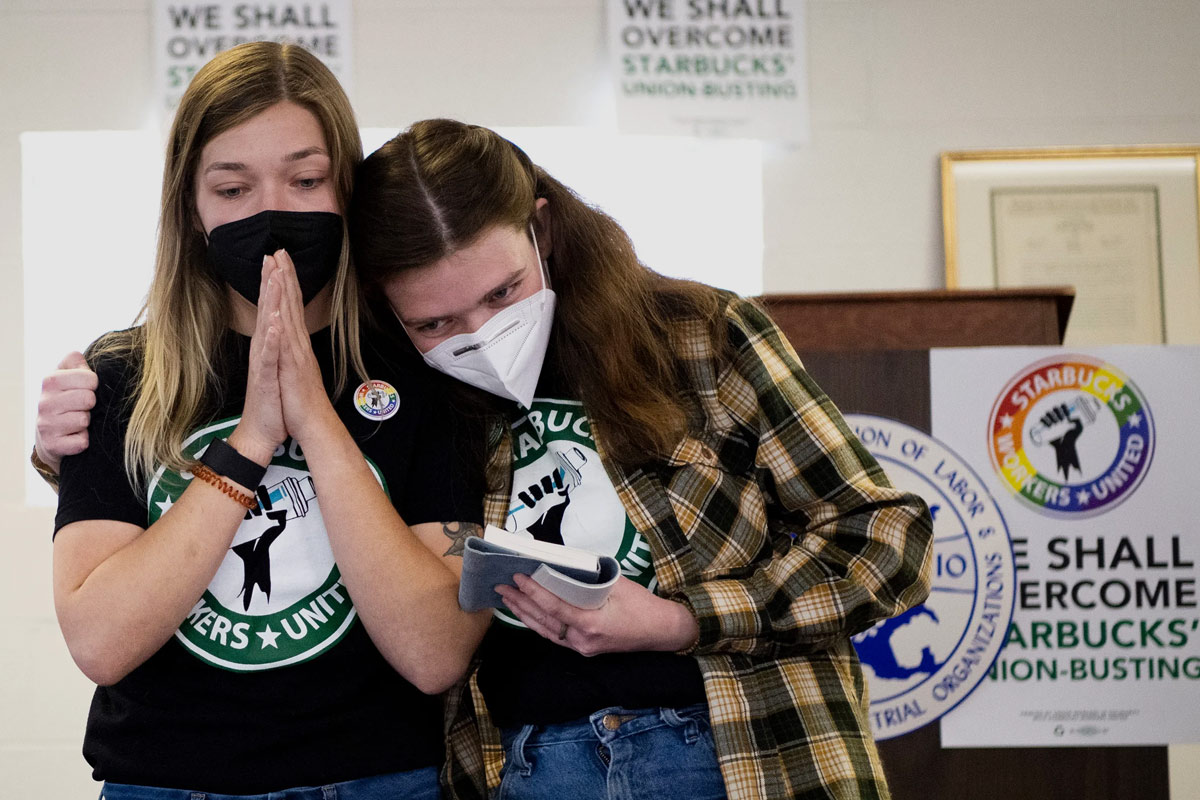 Employees at a Knoxville Starbucks will have to wait a little longer to find out if they can join the handful of unionized stores nationwide.
At the initial ballot count Tuesday, employees of the Merchant Drive location voted 8-7 in favor of unionizing, but corporate representatives disputed a 16th and final unopened ballot.
Starbucks argued the employee, an assistant store manager, should not be able to vote because they’re in a management position.
The National Labor Relations Board will make a ruling on the challenge beginning with a hearing in 15 days, according to Workers United Southern Region Director Chris Baumann.
How this began: Knoxville Starbucks could become next store to unionize
A simple majority is needed for employees to unionize. If the vote ends in a tie after the ruling, the effort to unionize will fail.
The Merchant Drive location could become the first Starbucks in the South to unionize as employees nationwide seek better pay, staffing and working conditions.
It would be a significant milestone for national unionization efforts. Eight stores across the U.S. have unionized, according to Starbucks Workers United.
A representative for employees said they’re “confident” the effort to unionize will succeed.
“Despite all of corporate’s aggressive, union-busting tactics throughout this entire campaign, thankfully worker’s rights here in Knoxville have prevailed,” Maggie Carter, a Merchant Drive employee who has led the unionization charge locally, said at the press conference.
“Our belief from the beginning has been that we are better together in our direct relationship as partners without a third party between us,” a Starbucks spokesperson previously told Knox News. “That conviction hasn’t changed.”
Carter told Knox News she is eager to bargain with Starbucks to try to improve working conditions for store employees.
“What they don’t know is they haven’t met me,” Carter said. “I’m one of the most persistent people you’ll ever meet.”
Merchant Drive employees filed the initial petition to unionize in December, and they received permission in February to move forward with a vote.
Local interest in unionization has spread beyond that store. Employees at the Montvue Center Way and Kingston Pike store in West Hills announced their union campaign earlier this month.
Stores in Memphis and Murfreesboro also have announced campaigns, joining more than 150 Starbucks locations nationwide, according to Starbucks Workers United.