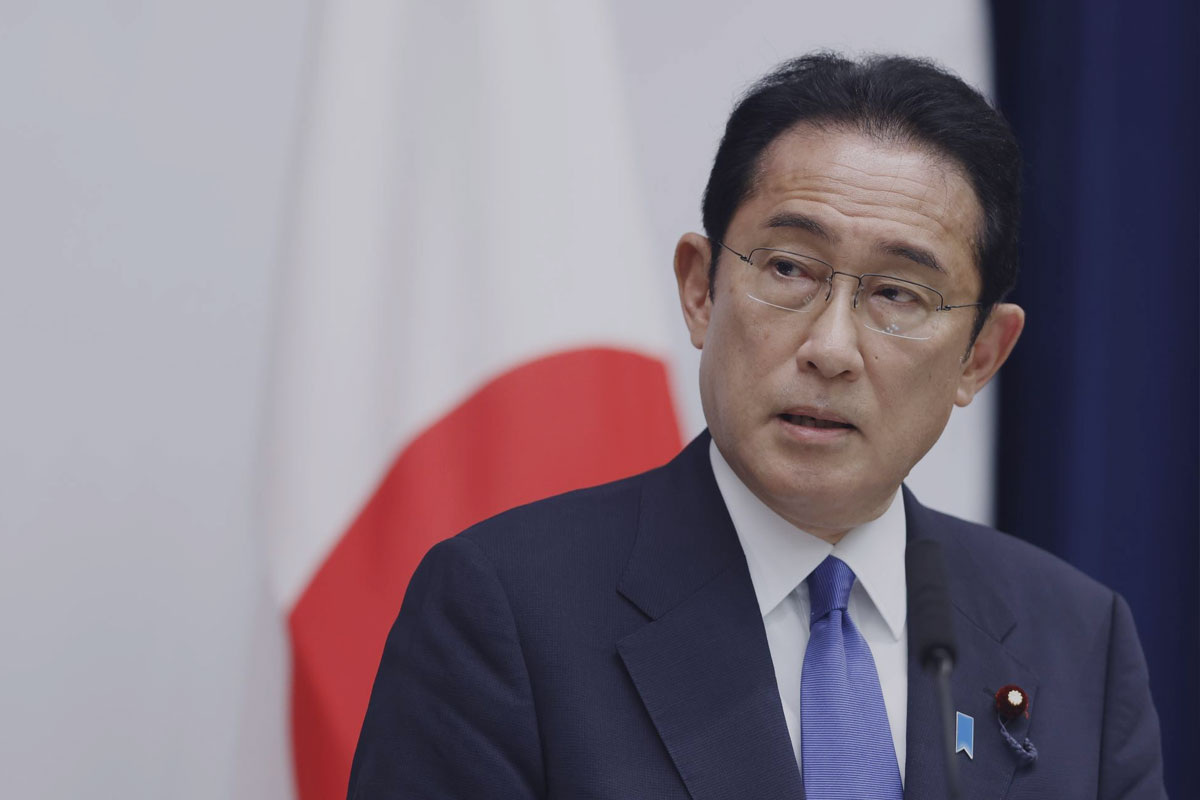 The Cabinet approved Tuesday the first annual fiscal and economic policy guidelines under Prime Minister Fumio Kishida that pledge aggressive investment in areas such as human resources and decarbonization to spur growth.

While the guidelines included key policies to establish a positive cycle of growth and distribution of wealth as part of the “new form of capitalism” advocated by Kishida, it also stipulated a plan to increase defense capabilities in the wake of Russia’s invasion of Ukraine.

The plan of boosting investments in four key areas — science, technology and innovation; human resources; startup companies; and green and digital technology — will form the core of the campaign pledges of the ruling Liberal Democratic Party and its junior coalition partner Komeito in the House of Councilors election. The Upper House election is expected to be held July 10.

While Kishida has boasted of efforts to promote wage hikes, the plan only said the government will continue those efforts and does not go so far as giving specific steps. His earlier pledge to review the capital gains tax, which is often criticized as benefiting the rich, was not mentioned.

Kishida said in his inauguration speech last year that he would review the tax system, but his government has made little progress on the issue after stock prices dropped following his remarks.

Instead, the blueprint said the government will compile by the end of 2022 a plan to prompt a shift of personal savings to investments as part of measures aimed at helping boost household assets.

The guidelines said the government will accelerate its effort to double the nation’s defense spending to 2% of its gross domestic product while making a reference to North Atlantic Treaty Organization member states’ commitment to spending a similar level on defense.

The country will “radically strengthen defense capability within the next five years,” the guidelines said, adding the specific time frame which the draft did not mention.

In the footnote, the importance of peace and stability in the Taiwan Strait, where China has stepped up military activities, was added.

As for the government’s fiscal health improvement goal, the guidelines only stipulate that it will “continue to work toward the goal” of achieving a national and regional primary balance surplus, falling short of stating a target year.

The world’s third-largest economy aims to push its primary balance — tax revenues minus spending except debt-servicing costs — into the black in the year through March 2026.

Japan’s fiscal health is already the worst among major developed countries with increasing social security costs, but the plan says a “necessary review” of the target will be conducted depending on global and domestic economic conditions.