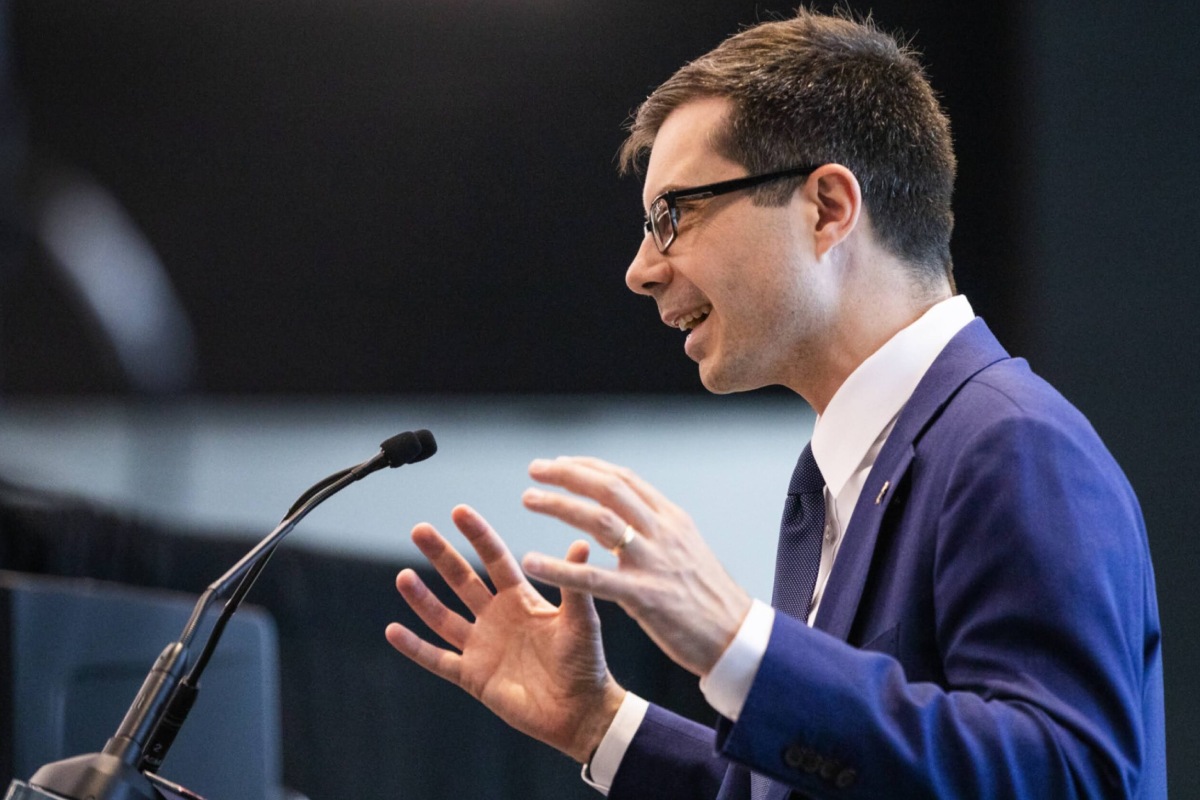 The Transportation Department, tasked with spending the better part of $1 trillion from last year’s infrastructure law, needs more than 1,000 new employees to carry it out. Trouble is, the agency is struggling just to maintain the size of its workforce.

“Right now, America is undertaking one of the biggest investments in transportation infrastructure in our history and that means we’re hiring,” Transportation Secretary Pete Buttigieg said in an April video as he walked between rows of desks. “We need to recruit a new generation of public servants.”

The department, seeking to deliver on one of President Joe Biden’s signature achievements, has nearly 400 fewer employees than the month the president took office, a Bloomberg Government analysis of the agency’s most recently available data shows. Its agencies that oversee aviation and highways have fewer employees than in January 2021, and the department has only slightly improved its workforce diversity, a goal for Buttigieg.

The tight labor market and mounting retirements across the federal government have strained agencies that require hundreds of personnel, analysts, and managers to deploy the spending from the infrastructure package (Public Law 117-58), enacted in November. Transportation Department officials have said publicly that they need to hire more than 1,000 workers to help.

Buttigieg sounded an optimistic note in July. “I’ve actually been pleased with how hiring has gone in terms of bringing on people we need to manage the programs,” he told reporters when Bloomberg Government asked about recruitment. “There’s more to do, but we’ve got direct hiring authority, which is a big help,” he said, referring to the ability to expedite some steps in the hiring process. “We’ve got a lot of folks joining our ranks and we’re still hiring.”

Increased retirements in December cut into staffing levels, as did administrators having reduced or frozen hiring authority because of budget restraints in the run-up to enactment of the infrastructure law, a department spokesperson said. As a result, the department’s new hires dropped by more than 1,000 people in fiscal 2021 compared with the year before, the person said.

Lawmakers also resorted to several stopgap funding bills early this year, which halted progress. The department recently increased the pace of its hiring, bringing on 300 new employees since March, when an appropriations package was enacted, the spokesperson said. The agency is on track to hit its five-year hiring goal of as many as 1,700 workers, the person said.

The FAA has more than 500 fewer permanent employees than in January 2021. The airline industry has faced criticism for flight disruptions in recent months as post-coronavirus pandemic demand picked up — along with delays and cancellations.

Rich Santa, president of the National Air Traffic Controllers Association, said there were more than 11,750 certified controllers in 2011, but that number dropped by more than 1,000 by early 2022.

“Unfortunately, FAA staffing is not keeping up with attrition,” Santa said in a speech last week at the Aero Club in Washington. “We should have 1,000 more controllers not 1,000 fewer than we had a decade ago,” he said, citing new technology in the national airspace.

To attract recruits, the department has turned to social media and events. The secretary’s video, posted to department social media accounts in April, directed applicants to a website with 189 available jobs, as of July 29, and a banner that advertises their connection to the infrastructure law. Overall, there are 468 DOT job openings on the federal government’s personnel management site as of July 29.

Part of the department’s hiring push is geared to reflect the diversity of the country. The Transportation Department has long been majority White and male.

As of June, the department staff is 74% male and 69% White. Since the Biden administration took over, the department has about 1% more women in its ranks and 1% more Black employees, as of June data. Annual data over the last 21 years show little increase in the department’s female workforce.

The department has participated in events focused on recruiting diverse groups and also increased its interns, with more than 400 paid summer interns, a spokesperson said.

The transportation industry’s demographics mirror those of the department. The US Bureau of Labor Statistics found that women made up 24.8% of transportation and utilities employment in 2021, including rail, aviation, and trucking.

“We have seen that progress is slow, but we do see change happening,” said Sara Stickler, president and CEO of WTS International, a group that promotes women in transportation. “Unfortunately, through the pandemic, we lost a generation of women in the workforce.”

The infrastructure bill’s cash gusher to construction projects across the US offers an opportunity to recruit among a broader demographic.

“It’s important that we’re intentional about attracting professionals with diverse lived experience into federal service, career appointments, and also on the private side,” April Rai, president and CEO at the Conference of Minority Transportation Officials, said. “We have made a lot of progress, but we’ve got a long way to go to making it really reflect the nation so we’ve got to get aggressive about it.”

“There is change happening at the top,” Stickler said. “But again, that’s where it takes time for it to move into the entire body in the entire administration.” She said they continue to work with DOT on the hiring process and making it less cumbersome.

Bringing on federal employees can take months, with a 2018 estimate finding it took an average of about 98 days. Earlier this year, the Office of Personnel Management authorized agencies to speed hiring and fill temporary positions for as long as two years for jobs specifically aimed at supporting the infrastructure law.

The Transportation Department has increased its temporary workers by 17% as of June this year, compared with January 2021.

The workforce struggles permeate across the federal government. A House panel recently advanced a bill (H.R. 6104) to improve the process for hiring those who have finished internships with federal agencies. About 7% of federal employees are younger than 30.

Rep. Gerry Connolly (D-Va.), the bill sponsor, held a hearing in July looking into how to improve federal recruitment.

“We must learn what worked and what didn’t,” Connolly said in a statement to Bloomberg Government, “and use this knowledge to help move all agencies away from rigid, rulebound hiring.”