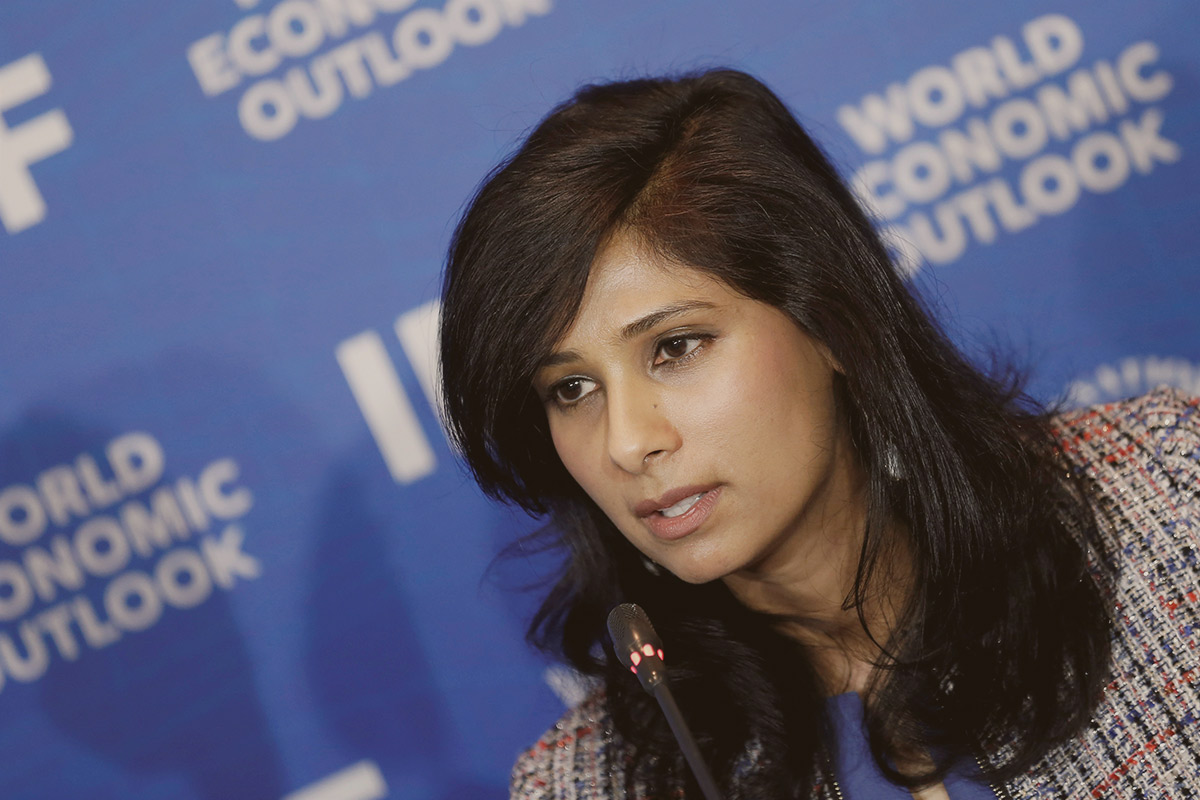 Gita Gopinath, the first woman Chief Economist of the International Monetary Fund, will be stepping up to the position of First Deputy Managing Director (FDMD) come 21 January 2022, as current FDMD Geoffrey Okamoto departs the organisation.

Gopinath had earlier announced she plans to rejoin Harvard University, where she holds a tenured position at the Department of Economics (the John Zwaanstra Professor of International Studies and of Economics) in January. She had been on a leave of public service since her appointment to the IMF in 2018.

Kristalina Georgieva, the IMF’s Managing Director, praised Gopinath’s intellectual leadership, highlighting her work in the IMF’s Research Department including contributions to The World Economic Outlook databse, a new analytical approach to help countries respond to international capital flows, and her work on a plan to end the COVID-19 crisis by setting targets to vaccinate the world at feasible cost.

“Especially given that the pandemic has led to an increase in the scale and scope of the macroeconomic challenges facing our member countries, I believe that Gita—universally recognized as one of the world’s leading macroeconomists—has precisely the expertise that we need for the FDMD role at this point. Indeed, her particular skill set—combined with her years of experience at the Fund as Chief Economist—make her uniquely well qualified. She is the right person at the right time,” Georgieva said.

A renowned researcher in the field of international finance and macroeconomics, Gopinath is the co-editor of the current Handbook of International Economics.  She had also previously served as the co-director of the International Finance and Macroeconomics program at the US National Bureau of Economic Research and member of the economic advisory panel of the Federal Reserve Bank of New York. From 2016-18, she was the Economic Adviser to the Chief Minister of Kerala state in India. She also served as a member of the Eminent Persons Advisory Group on G-20 Matters for India’s Ministry of Finance.

She has been highly accoladed around the world. In 2021, the Financial Times named her one of the 25 Most Influential Women of the Year. In 2019, Foreign Policy named her one of the Top Global Thinkers, in 2014, she was named one of the top 25 economists under 45 by the IMF and in 2011 she was chosen a Young Global Leader (YGL) by the World Economic Forum. In 2019, the Indian government awarded her the Pravasi Bharatiya Samman, the highest honor conferred on overseas Indians.