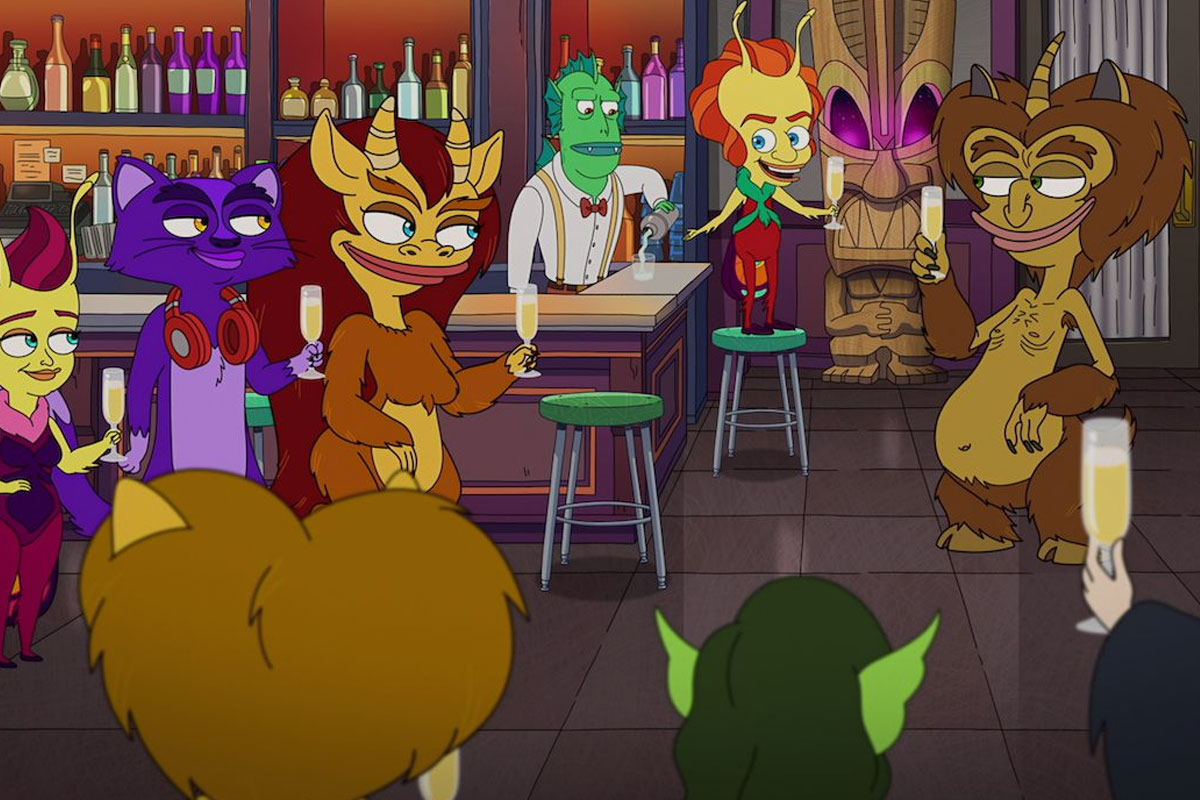 The show takes on not only the same cartoonish animation style, but also the same format as “Big Mouth,” with a main plotline in each episode and normally two or three other low-stakes comedic subplots.

It primarily follows protagonist Emmy, voiced by Aidy Bryant, as she struggles to adapt to her new job responsibilities as a Lovebug — one of several types of hormone-controlling monsters introduced in “Big Mouth.” For comic relief subplots, “Human Resources” mainly uses “Big Mouth” monsters Connie, voiced by Maya Rudolph, and Maury, voiced by Nick Kroll.

“Human Resources” puts the spotlight on the monsters introduced in “Big Mouth” and focuses on their interactions with the humans whose emotions they represent. This allows the viewer to get an idea of what motivates each monster — something missing from “Big Mouth.”

The show also gives subtle callbacks to minor “Big Mouth” characters, such as Natalie, in order to maintain a sense of continuity between shows. Standout new character Emmy is featured in every episode as the underdog who comes in at the end to solve the problem and provides relatability through her naive but determined attitude.

Relatability is a huge theme in “Human Resources,” as the audience can not only relate to the humans present in the show, but also to the monsters. Even though the monsters are supposed to be the beings who hold together the erratic humans below them, they each possess distinctive human qualities and imperfections themselves. Each monster acts on instinct in a way which fosters the emotion they represent.

The Love Bugs, for instance, all encourage love in their respective humans, but this sometimes encroaches on the other monsters’ jobs, such as that of the Ambition Gremlin, Petra, voiced by Rosie Perez. Petra is another new character who stands out as she makes sure to provide a “take no prisoners” attitude the other monsters are missing.

“Human Resources” maintains the same relatability and filthy comedy as “Big Mouth” but brings it to a corporate setting similar to “The Office.” Just as how the monsters all play a role in helping the humans, they all have a different personality, which gives the office setting a sense of realness as everyone fights and interacts with each other just like real coworkers in an office would. “Human Resources” establishes a sense of realness in a fantasy world.

“Human Resources” also helps to establish a standard for what LGBTQ+ and non-white representation should look like in an animated comedy, a genre in which this is rare. The show’s emphasis on diversity in its fantasy world is different from other shows that feature predominantly white and straight characters. As such, “Human Resources” presents a different narrative that is not just from a straight white perspective, like when Nadja, voiced by Sabrina Jalees, and Danielle, voiced by Ariana DeBose, struggle to reconcile their dreams for their relationship with their dreams for their careers.

When the show depicts LGBTQ+ characters having realistic problems such as this, it helps to normalize what these relationships might look like in reality. LGBTQ+ characters are treated just like any other heterosexual couple, validating their experiences in a way that doesn’t “other” them. Heavy non-white representation is also very refreshing to see through characters such as Yara, voiced by Nidah Barber, an Arabic woman with dementia who has flashbacks to a long lost love.

The show appeals to a broader audience as people are able to see themselves represented in a show where they normally would not.

While the show emphasizes crude humor over everything else, the plot rises above. Each storyline with the monsters and their assigned humans — such as Becca, portrayed by Ali Wong, and her journey as a mother — is heartwarming and helps to ground the audience in reality when the show veers far into the absurd. These heartwarming moments juxtaposed with lewd comedy are what make viewers want to keep watching. At the end of every episode, each monster learns a lesson about themselves and experiences character growth alongside their respective humans.

At times, this formula can be repetitive, but it is bolstered by the extreme likeability of the characters. In fact, the show manages to pull off an impressive feat of juggling many different characters but still maintaining their individuality. The show doesn’t rely on any prior knowledge of “Big Mouth” in order to be entertaining. From the start, the audience is drawn in by the lewd jokes from both Connie and Maury who serve as the anchors to the vast monster ensemble. The show is truly a treat for those who don’t mind their comedy a little dirty.