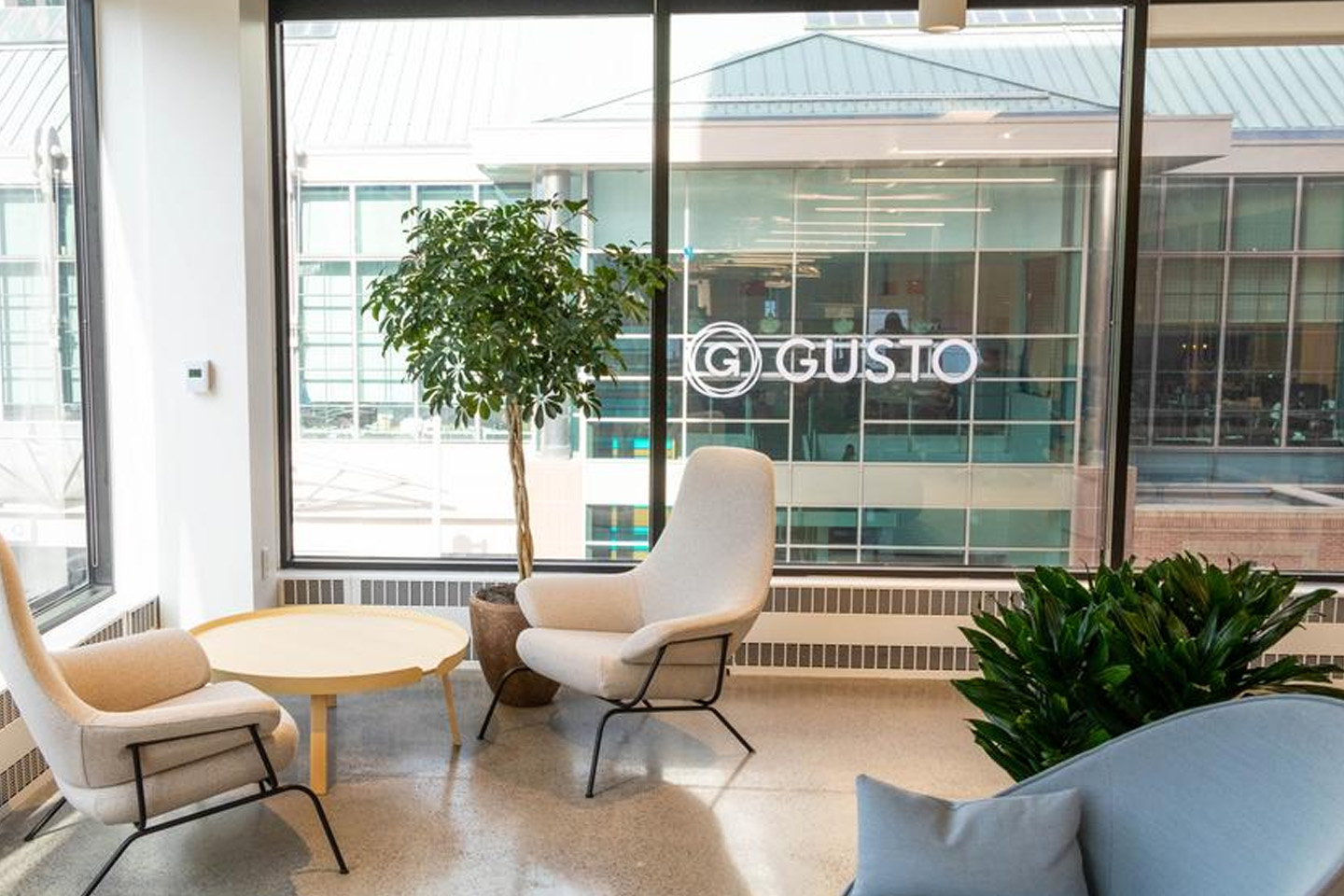 Gusto, an HR tech platform with a massive Denver presence, has raised a $175 million Series E funding round with plans to continue growing in the Mile High City.

The company, which provides payroll, benefits and HR service software for small businesses, first opened a Denver presence in 2015.

Since then, the local office has been the fastest growing of Gusto’s brick-and-mortar hubs and is now the company’s “largest home base,” a spokesperson confirmed to Denver Business Journal.

The latest round was led by T. Rowe Price Associates and includes a variety of new and existing investors. With this capital, Gusto CEO and co-founder Joshua Reeves said the company is looking to provide additional resources to small businesses during this challenging time.

“The economy is reopening, but the complexities of owning a business aren’t going away. Our new $175 million Series E funding, which was led by T. Rowe Price Associates, Inc., enables us to collapse time to impact, so that we can work to unblock obstacles and unlock more opportunities that allow entrepreneurs to take care of their teams and grow their businesses for the long term.”

The company reported having more than 200,000 customers across the U.S. and said it has offered 100 new product features over the last year.

“With Symmetry and Ardius now part of Gusto, we’re pushing the entire industry forward in helping businesses avoid costly payroll mistakes and enabling access to tens and hundreds of thousands of dollars in tax credits that they’ve earned,” Reeves wrote.

Despite its founding presence in the Bay Area, Gusto has quickly become one of Denver’s largest tech employers.

Gusto employs more than 1,400 workers in total, with Denver having the highest concentration of that staff. The company reported nearly 800 employees in the Mile High City as of Jan. 1, according to DBJ research.

A Gusto spokesperson said it plans to increase its overall headcount by 50% in the next fiscal year, with a significant portion of that hiring to be done in Denver.

Currently, Gusto is hiring for that list Denver as a possible location. Those roles are split across customer experience, engineering, sales and other departments.