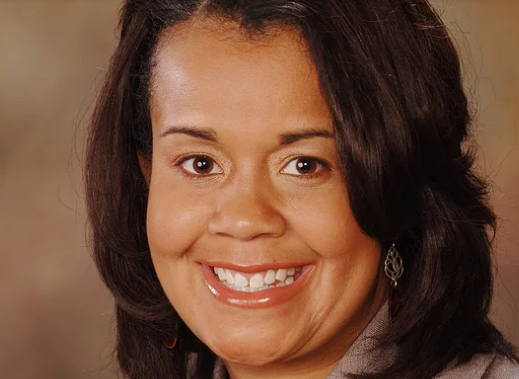 Kyra Leigh Sutton, Ph.D., is a faculty member at the Rutgers University School of Management and Labor Relations, where she teaches human resources courses and mentors students. Her research interests include workplace diversity and early-career employees. Sutton, 41, has previously worked with big brands and several universities in the United States. This is her story, as told to PEOPLE.

Growing up, I was teased a lot for “sounding white,” and being nerdy. We lived in Rochester, New York until I was in the sixth grade. It was a very diverse community — out of my best friends in elementary school, one was from China and the other was from Russia. Then we moved to Detroit. My high school was huge; it was also 75% Black, which was a bit of a culture shock. That was my first time being around that many Black people, ever.

That’s why I chose Spelman College. I didn’t always plan on attending an HBCU [historically Black college or university] — I joined my dad on a business trip to Atlanta, and just happened upon the campus. It was the first time I’d seen a group of people that looked and sounded like me — they weren’t teased by their peers.

I fell in love with Spelman right away. In high school, I had very few Black teachers. When I toured other colleges, too, like Notre Dame and the University of Michigan, I didn’t really see many Black professors. But Spelman had so many, and that hooked me.

At Spelman, I studied economics, and soon after, I got my Ph.D. in Human Resources. I’ve always been so curious about people’s psychology at work: “Why are some people more motivated to work than others? What makes a good leader?” At HR trainings too, I always thought, “That’s wrong, I could do a much better job.” Many times — and this is at a couple of the universities I’ve worked at — Black students and other students of color told me they lacked confidence because they didn’t feel seen. “I don’t feel like anybody is interested in my ideas,” they’d say. “When I participate in class, I don’t get positive feedback like the other students.” Some students have complained to me about faculty members possibly discriminating against them: handing out unexplained lower grades, not responding to emails.

This same problem is reflected in offices. At one of the larger companies I worked for, several co-workers and I would contribute to industry blogs, write press releases and whatnot. A manager only had an issue with me, the only Black woman in the group, publishing work, not the others. He was like, “She can’t speak on our behalf.” It felt like I was being censored.

That’s the thing about racism at work — it makes you feel crazy because you can’t always “prove” it’s happening, even if you know it is.

When I worked at a private liberal arts university, I found out that my cohorts — two white men and one white woman — were paid higher salaries than me. Their reasoning was that I was still young, I didn’t have as much experience as them. But we were doing the same job, we taught the same number of classes.

It made no sense to me. I picked up a side gig teaching additional classes at night and on the weekends to make up for the wage gap. It was crazy. If you’re in a full-time job, you should be paid fairly. But I was uncomfortable speaking out. There is absolutely a fear of damaging relationships, of losing opportunities if you do.

Black women are still typically paid about 62 cents for every dollar paid to white, non-Hispanic men. I don’t understand why it’s so difficult to correct this. You’ve got compensation teams with smart, data-driven people, so why can’t they look at jobs in the same classification and increase the pay so that everyone is equitable?

We need to make real changes. There’s an interest in getting people in the door, but what happens after that? Do Black employees feel supported? Are they paired with mentors? If Black employees are leaving in large numbers, why? What are the exit interviews telling us?

It’s tough to be a Black employee in corporate America and not experience injustice, whether it’s people questioning your ideas, criticizing your hair, or claiming that you are “diversity hire,” and therefore don’t measure up – Black employees are under a microscope.

It is ridiculous that we have so few Black leaders at these larger companies. People with hiring power should reflect and ask themselves, “What organizations and colleges are we partnering with to tap talent?” With existing Black employees, managers should ask, “How are we positioning them for success, giving them the same opportunities?” If you’re not doing that, you’re not doing enough.

Companies, too, will have to re-evaluate the culture of their organization and look at which aspects contribute to racial inequality: names of buildings, logos. This is a good start.

The movement for racial justice gives me hope. Every day when I turn on the TV and see young people leading protests, I feel like a proud big sister. I want to give all of them a hug — and remind everyone helping organize these efforts to add it to their resume.