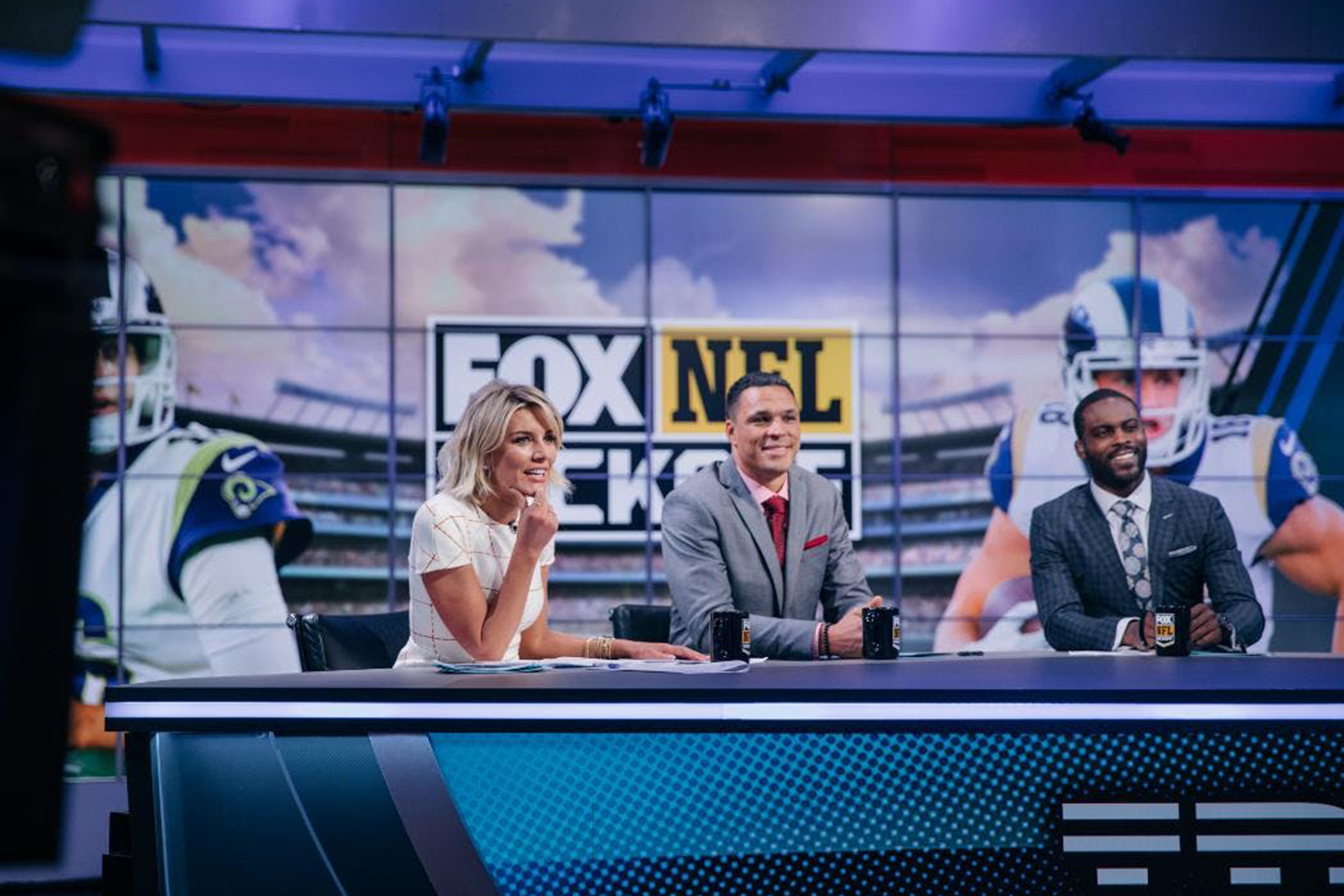 Charissa Thomson had the dream of working in sports since she was a little girl. The Fox Sports host and analyst thought this career might be as an agent or working for a team, a dream that she didn’t give up on even when her first job in sports was filing employee personnel files at Fox Sports.

Having grown up in a home that loved competition, Thompson praises her roots in Seattle for helping to form her into a fanatic of all things sports. After college at Cal-Santa Barbara, she knew she wanted to get into sports media in some capacity. Opportunities, though, were limited.

While applying at Fox Sports, the only position available at the time was that of ‘HR assistant’ and Thompson put in for the job, knowing full well that she didn’t have a passion for personnel. And while she didn’t know that the job would someday lead her to being the host of FOX NFL Kickoff, Thompson says that she merely wanted to get her foot in the door to pursue her dream of working in television and sports.

She calls it “a circuitous route” to where she is today.

“I ended up getting that job. I lied to get the job then I felt so bad lying in the interview saying I wanted to work in HR,” Thompson said. “I immediately called him and told him that I lied about wanting to work in HR and that this is what I wanted to do. He ended up giving me the job because I was honest and a big part of the job was honesty.”

After 18 months in the role, she made a move that set the course of her career in motion. Within Fox Sports, she transferred departments, working in production in Los Angeles, logging tape. Then she moved to Denver to become a production assistant, also volunteering to go on-air for free to start a demo reel.

After a year in Denver, she got real on-air experience back with Fox national on the cult-favorite ‘Best Damn Sports Show’ that included talking heads such as comedian Tom Arnold and former NBA star John Salley. From there, it was Thompson taking opportunities and working sidelines for the Big Ten Network and as an in-studio host for everything from college sports to MLS on Fox’s various platforms.

“I didn’t think I’d be stuck in an office job,” Thompson said.

And her job is anything but being stuck in a cubicle.

As the lead-in to ‘FOX NFL SUNDAY,’ which proudly calls itself “Americas Most Watched NFL Pre-Game Show the last 26 seasons,” Thompson realizes that she is under the microscope. Despite every Sunday showing up well-prepared and insightful, she said that there is the constant battle that women don’t passionately know and understand the game.

“I get asked ‘Do you even like football’ by people all the time,” Thompson said.

Sunday prep for her is constant with Thompson always on social media as well as talking with coaches and players – current as well as former. She loves the game of football and relies on a deep and varied network of people who have played and coached the game to help round out what is already a substantial knowledge pool of the game.

She brings this insight into her role on the pregame show, not just asking questions but posing follow-ups to the panel. She doesn’t merely lob questions but attempts to steer the conversation.

She leaves an immediate impression on those who work with her. FOX NFL Kickoff producer Spandan Daftary praised Thompson for not just being authentic on and off camera but for being a consummate student of the game. He says that Thompson “does take the time to really understand” the intricacies of the game.

“From Day 1, I never had to question her football acumen because she’s always come in just like any other staff member, talent or non-talent – she knows exactly what she’s talking about,” Daftary said.

“She’ll sit with Michael Vick, Tony Gonzalez and Terry Bradshaw and while watching the game, she’s asking questions. It may not be a touchdown or a scoring play and she’ll perk up and pick their brain on why that play worked, or worked the way it did or what was so interesting about the play. Always trying to learn more about the actual game.”

Hers is a story of hard work and dedication, a vision that she had as a young girl growing up in the Pacific Northwest who wanted her love of sports to become more than just a career but a passion. She talks about wanting to be an example like those who came before and someday handing her seat on FOX over to someone else, knowing that she did her best to treat this coveted national role with not just integrity but also the same work ethic that saw her rise from personnel assistant 16 years earlier.

“Every Sunday for me is Thanksgiving dinner. I get to be with my family and friends. It really is a completely different vibe. That’s why I feel so fortunate to start my career at FOX and I hope to end my career in FOX – hopefully a long time from now – but I’ll let the powers that be handle that.”

The return of sports and the NFL is exciting for Thompson. She’s had enough of the quarantine life, although she admits to finally watching ‘The Office’ on Netflix.

“I don’t know what took me so long,” Thompson admits.

“Dwight is the real winner here.”