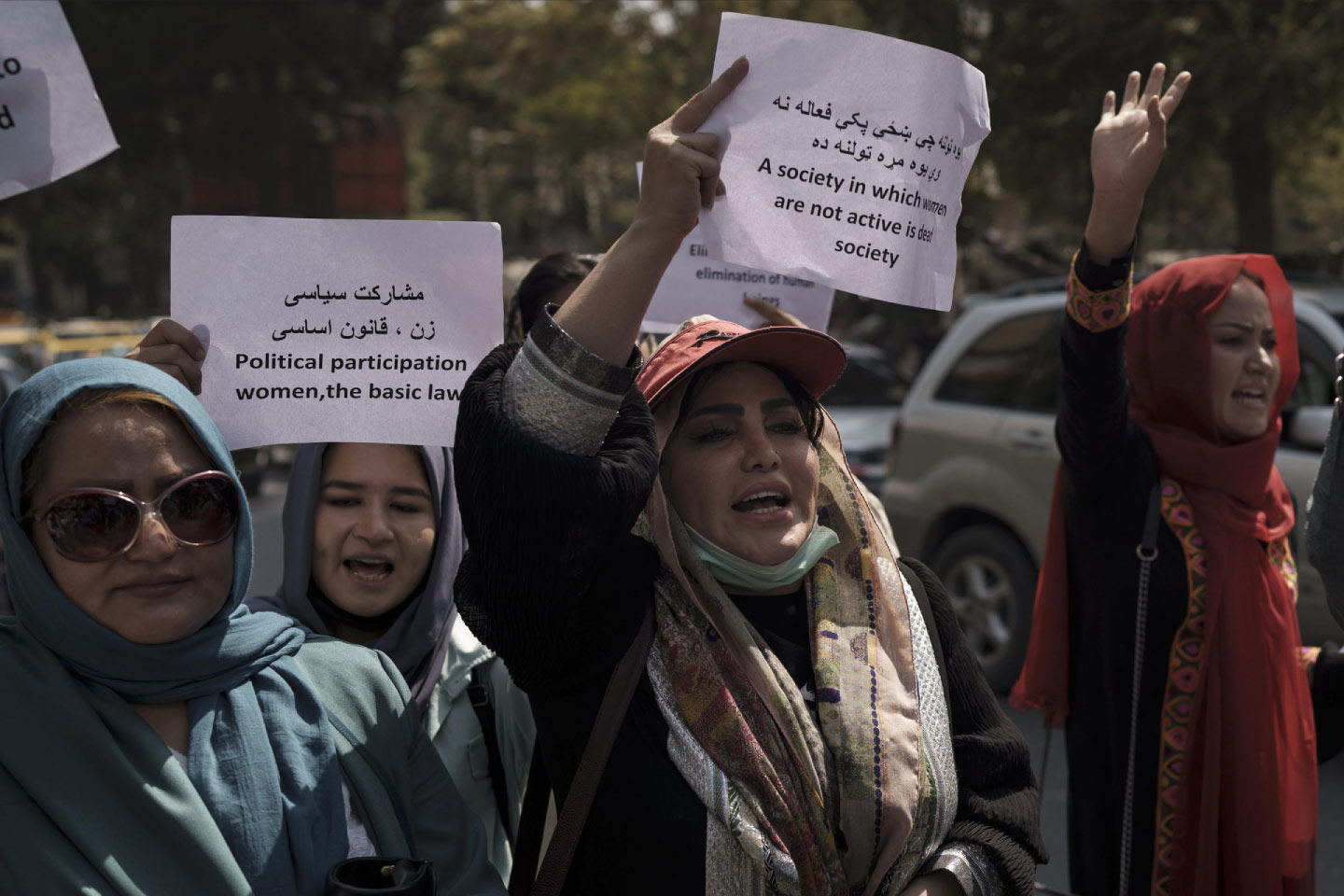 The Taliban-appointed mayor of Kabul is telling most of the city government’s female employees to stay home.

In a new ruling passed down by the Taliban, Kabul interim mayor Hamdullah Namony said that women working for the city’s government are to stay home pending a further decision, according to The Associated Press.

The only exception to the new rule applies to women whose jobs cannot be replaced by men, including those working in the city’s design and engineering departments and women’s public toilet attendants, he said.

Speaking in a news conference Sunday, Namony said that before the Taliban takeover in August, just under a third of the city’s 3,000 employees were women. He didn’t give an exact number on just how many employees across Kabul will now be forced to stay home.

“There are some areas that men can’t do it, we have to ask our female staff to fulfill their duties, there is no alternative for it,” Namony said, according to the AP.

A Taliban spokesperson last month told women across the country to stay at home for their own safety in what he called a temporary measure. The Taliban haven’t gone into full detail laying out the specific guidance on how long this new rule will be in place and whether or not women will ever be able to return to work.

However, in light of staffing shortages in health care, the Taliban on Aug. 28 announced they would allow all 2,000 female public health care workers to return to work.

The former Women’s Affairs Ministry building in Kabul, pictured on Saturday. The Taliban have replaced the office with a ministry for the “propagation of virtue and the prevention of vice.”

The new Taliban government’s latest move is just one of several in the last few days stripping back the rights of girls and women.

On Friday, Taliban officials told middle and high school-aged boys to return to the classroom but made no mention of girls.

“We don’t know what’s going to happen next,” said Pashtana Durrani, founder and executive director of LEARN, a nonprofit focused on women’s education in Afghanistan, in an interview on Weekend Edition.

Durrani said that while Taliban rulers haven’t announced a ban, they haven’t addressed the question of where girls in grades 7-12 will go in the meantime if they aren’t receiving their education.

“Where should they go? What should they be doing? … They could’ve been learning,” Durrani said.

Female college students, too, are also facing restrictions from the Taliban, as they were told that their classes would now take place in “gender-segregated settings” in addition to women abiding by a “strict Islamic dress code,” The Associated Press reported.

Also on Friday, the Taliban closed the Women’s Affairs Ministry and set up a ministry for the “propagation of virtue and the prevention of vice” in its place, resulting in over a dozen women protesting Sunday outside the building.

Mahbouba Seraj, the head of the Afghan Women’s Network, told The Associated Press she was surprised by the new orders restricting women and girls passed down by the Taliban, saying it’s becoming “really troublesome.”

“Is this the stage where the girls are going to be forgotten?” Seraj said. “I know they don’t believe in giving explanations, but explanations are very important.”