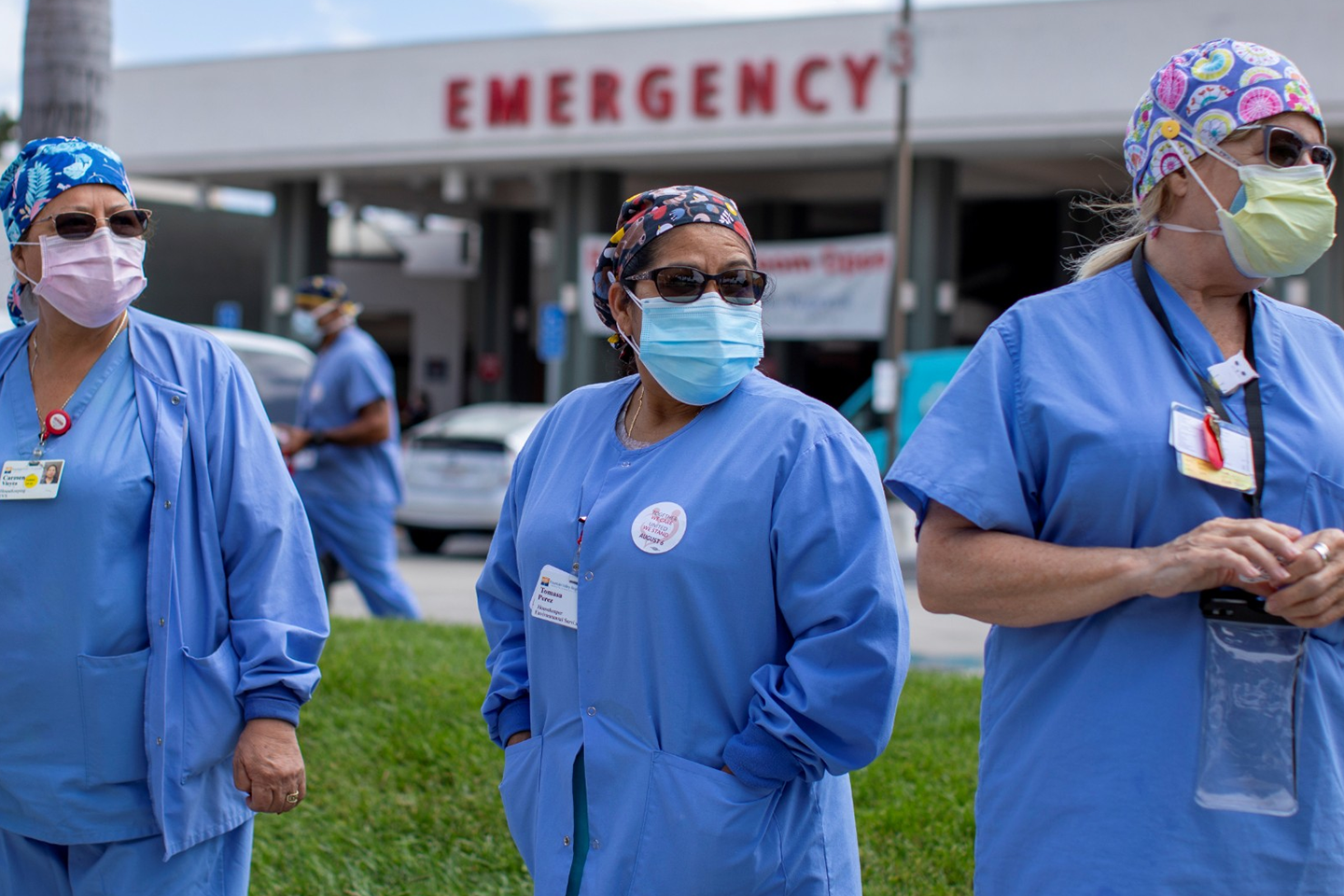 The US coronavirus death toll has passed 200,000, according to data from Johns Hopkins University (JHU).

More than 6.8 million people are known to have been infected in the US, more than in any other country.

The milestone comes amid an increase in cases in a number of states, including North Dakota and Utah.

President Donald Trump said on Tuesday the new death toll was a “horrible thing” and claimed China “should have stopped” the virus.

He also defended his record, claiming that had the US not taken action, “you could have two million, 2.5 or three million” dead.

JHU reported the new death toll of 200,005 on Tuesday. The university has been collecting US and global coronavirus data since the outbreak began late last year in China. The first case in the US was confirmed in January.

President Trump’s administration has been repeatedly criticised over its handling of the outbreak.

“Due to Donald Trump’s lies and incompetence in the past six months, [we] have seen one of the greatest losses of American life in history,” Democratic presidential candidate Joe Biden said on Monday.

“With this crisis, a real crisis, a crisis that required serious presidential leadership, he just wasn’t up to it. He froze. He failed to act. He panicked. And America has paid the worst price of any nation in the world.”

But on the same day, Mr Trump said he and his administration had done “a phenomenal job” and gave himself an “A+” for his handling of the pandemic.

He said the US was “rounding the corner on the pandemic, with or without a vaccine”.

What’s the current situation in the US?

North Dakota has seen a sharp rise in coronavirus cases in recent weeks. Officials say there were more than 3,200 active cases in the state as of Monday, while 87 people are in hospital.

The state ranks first in the country for the number of cases per capita in the past two weeks, according to data cited by the Associated Press news agency.

Cases are also rising in states including Utah, Texas and South Dakota. On Tuesday, Wisconsin extended a public health emergency order for the third time since 30 July.

There is growing concern that infections will continue to rise during the winter months.

US infectious disease expert Anthony Fauci warned earlier this month that Americans should “hunker down” for autumn and winter.

On Monday, the Centers for Disease Control and Prevention (CDC) removed guidance on airborne transmission of coronavirus that had been updated on Friday.

In the now removed advice, the CDC said the virus could spread via particles that remain in the air and advised on the use of air purifiers indoors.

The CDC said this was a “draft version of proposed changes” and had been “posted in error”.

In the latest guidelines published on its website, the CDC advised against trick-or-treating during Halloween, one of America’s most beloved celebrations.

The agency recommended against fancy dress parties or going to an indoor haunted house, too.

The CDC said Americans should instead carve pumpkins or decorate their homes in a spooky theme.

How has Trump responded to the outbreak?

The US announced its first confirmed case of coronavirus on 21 January. When 15 cases were reported in the country, Mr Trump predicted that the number was going to be “close to zero” within a couple of days.

But by April, the US was at the epicentre of the pandemic, exceeding the number of cases in China, where the virus began, and Italy, the hardest-hit European country at that time.

New York was the worst-hit area in the early days of the outbreak, at one point reporting more confirmed coronavirus cases than any single country outside the US. This put an unprecedented strain on emergency workers and frontline staff.

While cases later dropped in New York, they rose in other parts of the country.

Mr Trump told voters earlier this month that his action early on in the outbreak was “very strong”.

He cited a ban on foreign travellers who were recently in China that came into force in early February, and a ban on travellers from European countries the following month as proof of his efforts.

But Mr Trump has been accused of being slow in implementing measures to curtail the virus.

In a statement last week, US magazine Scientific American said that despite warnings in January and February, the US president “did not develop a national strategy to provide protective equipment, coronavirus testing or clear health guidelines”.

Mr Trump has given contradictory messages about his own handling of the pandemic.

He told journalist Bob Woodward in February that the virus was “deadly stuff”, but said the following month that he had minimised its severity to avoid panic. “I wanted to always play it down. I still like playing it down, because I don’t want to create a panic,” he told the journalist.

Speaking to voters this month, he denied having done that, saying he had actually “up-played” it.

Mr Trump has also given contradictory guidance on face masks, on the one hand disparaging them as unsanitary, and on the other calling on Americans to “show patriotism” by wearing them.

He has given messages on vaccines that are at odds with the CDC. He recently said Americans would be able to access a vaccine as early as next month, while CDC director Robert Redfield has said a vaccine is unlikely to be widely available before mid-2021.