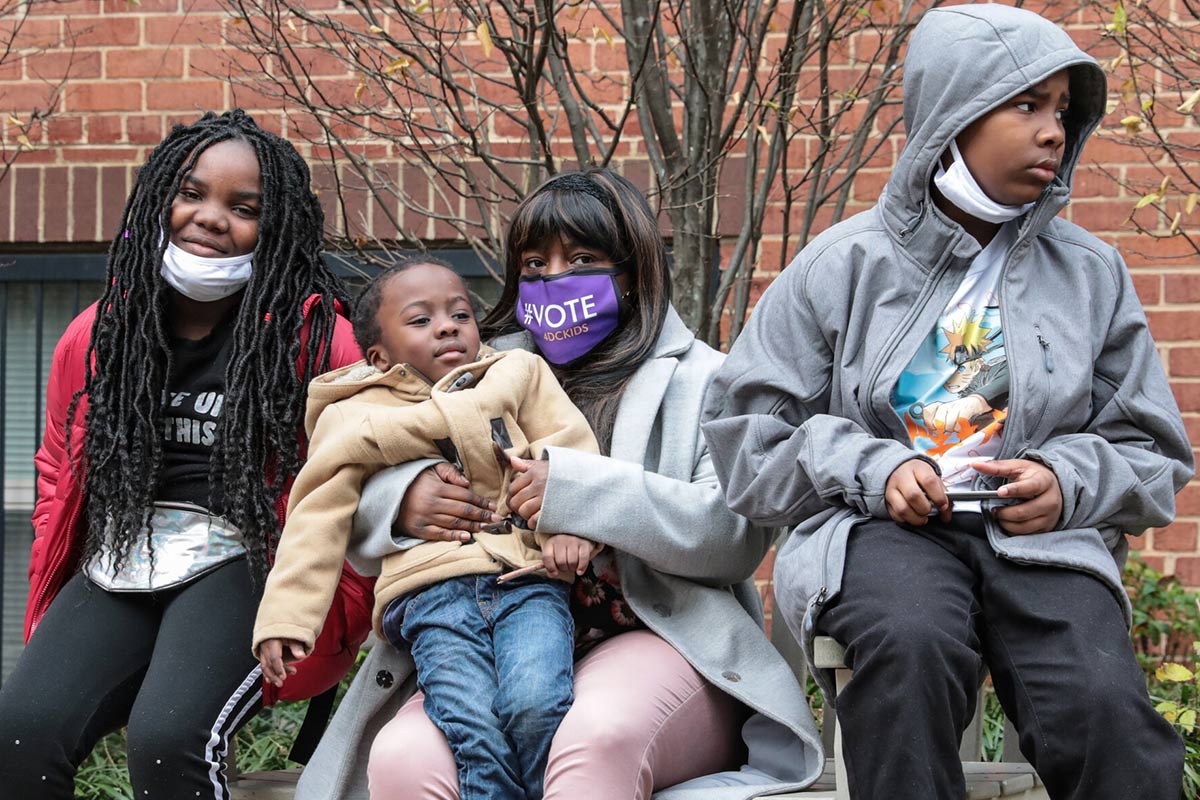 The devastating impact of the Covid-19 pandemic on poor and low-income communities across America is laid bare in a new report released on Monday that concludes that while the virus did not discriminate between rich and poor, society and government did.

As the US draws close to the terrible landmark of 1 million deaths from coronavirus, the glaringly disproportionate human toll that has been exacted is exposed by the Poor People’s Pandemic Report. Based on data analysis of more than 3,000 counties across the US, it finds that people in poorer counties have died overall at almost twice the rate of those in richer counties.

Looking at the most deadly surges of the virus, the disparity in death rates grows even more pronounced. During the third pandemic wave in the US, over the winter of 2020 and 2021, death rates were four and a half times higher in the poorest counties than those with the highest median incomes.

During the recent Omicron wave, that divergence in death rates stood at almost three times.

Such a staggering gulf in outcomes cannot be explained by differences in vaccination rates, the authors find, with more than half of the population of the poorest counties having received two vaccine shots. A more relevant factor is likely to be that the poorest communities had twice the proportion of people who lack health insurance compared with the richer counties.

“The findings of this report reveal neglect and sometimes intentional decisions to not focus on the poor,” said Bishop William Barber, co-chair of the Poor People’s Campaign which jointly prepared the research. “The neglect of poor and low-wealth people in this country during a pandemic is immoral, shocking, and unjust.”

The report was produced by the Poor People’s Campaign in partnership with a team of economists at the UN Sustainable Development Solutions Network (SDSN) led by Jeffrey Sachs. They have number-crunched statistics from more than 3,200 counties as a way of comparing the poorest 10% with the richest 10%.

They then interrogate the interplay between Covid death rates and poverty, as well as other crucial demographic factors such as race and occupation.

Until now the extent to which the virus has struck low-income communities has been difficult to gauge because official mortality data compiled by the Centers for Disease Control and Prevention (CDC) and elsewhere has not systematically factored in income and wealth information.

The new report seeks to fill that gaping hole in understanding the US pandemic. One of its most striking findings is that within the top 300 counties with the highest death rates, 45% of the population on average lives below the poverty line as defined as 200% of the official poverty measure.

Sachs, a Columbia University professor who is president of the UN SDSN, said the findings underlined how the pandemic was not just a national tragedy but also a failure of social justice. “The burden of disease – in terms of deaths, illness, and economic costs – was borne disproportionately by the poor, women, and people of color. The poor were America’s essential workers, on the frontlines, saving lives and also incurring disease and death.”

The authors rank US counties according to the intersection of poverty and Covid-19 death rates. Top of the list is Galax county, a small rural community in southwest Virginia.

Among the counties with punishingly high poverty and death rates since the Bronx in New York City, where 56% of the population is Hispanic and 29% Black. More than half of the borough lives under the poverty line, and the Covid death rate is 538 per 100,000 – within the highest 10% in the US.

Racial disparities have been at the center of the pandemic experience in the US. Early on it became clear that Black people and Hispanics in New York City, for instance, were dying of Covid at twice the rate of whites and Asians.

The consequences of such racial inequity are still only now becoming visible. Last week a study in the journal Social Science & Medicine reached a disturbing conclusion.

It found that when white Americans were informed through the media that Black Americans were dying at higher rates than their demographic group was, their fear of the virus receded and they became less empathetic towards those vulnerable to the disease. They were also more likely to abandon Covid safety precautions such as masks and social distancing.

But low-income predominantly white communities are also in peril. Mingo county in West Virginia, for example, has one of the lowest income levels in the US following the collapse of coal mining and the scourge of the opioid epidemic.

The county is 96% white, with over half its residents living below the poverty line. Its Covid death rate is 470 per 100,000 – putting it within the top quarter of counties in the nation for pandemic mortality.