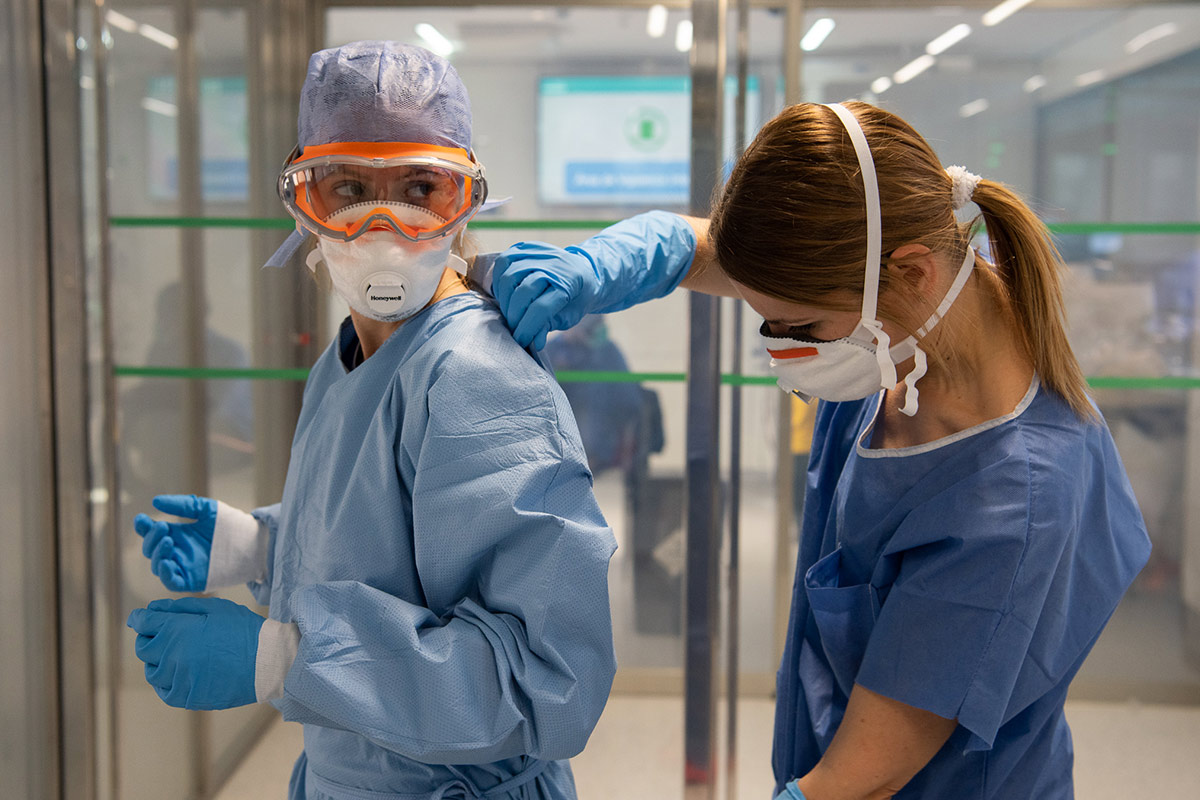 Tuolumne County saw a rise in COVID-19 cases over the past week driven by an outbreak at Adventist Health Sonora’s skilled nursing facilities that had infected 30 residents and 27 employees as of Friday.
The county reported 99 new cases in its latest weekly report that covered May 7 through Friday, up from 70 in the previous week’s report for April 30 through May 6. As a result, the average daily case rate rose from 17.1 per 100,000 residents on May 6 to 19.4 on Friday.
Staff at the county Public Health Department are working with Adventist Health Sonora to address the outbreak in the hospital’s skilled nursing facility units, according to the weekly report.
A weekly press briefing hosted on Fridays by the county Office of Emergency Services and Public Health Department was canceled Friday morning with no explanation given. The report said the latest case in the units was confirmed on Friday.
“As throughout the pandemic, the Adventist Health and Tuolumne County Public Health teams are coordinating efforts to mitigate the outbreak and limit impacts to the facility and our community,” the weekly public health report stated on Friday. “With increasing cases across the county, we remind everyone to continue to exercise vigilance.”
The department recommended wearing a mask in high-risk settings and staying home when feeling sick even after testing negative for COVID-19, in addition to hand-washing, physical distancing and getting vaccinated or boosted.
One of the people who tested positive in the past week was an inmate at Sierra Conservation Center near Jamestown, meaning the other 98 were Tuolumne County residents.
Despite the increase, there were no additional deaths as the county’s total stood at 181 for a seventh consecutive week.
The United States reached the grim milestone of 1 million deaths this week, with President Joe Biden ordering American flags on government buildings to be flown at half staff Friday in recognition of those who’ve lost their lives.
Three people in the county were hospitalized for the virus between May 7 and Friday, up from two during the week before that.
A “COVID-19 community levels” map updated weekly by the U.S. Centers for Disease Control and Prevention continued to have the county in the “low” category for impacts on the local health care system.
In addition, the county announced that the state-sponsored testing site at the Mother Lode Fairgrounds is expected to begin “test-to-treat” operations next week. That means people who test positive will be given treatments, such as a prescription for antiviral pills, if appropriate.
Calaveras County had 26 new cases from May 4 through Tuesday, down slightly from 28 from April 27 through May 3. The county had no new deaths over the past week, the total remaining at 123. There was one person hospitalized as of Tuesday, up from none on May 3.