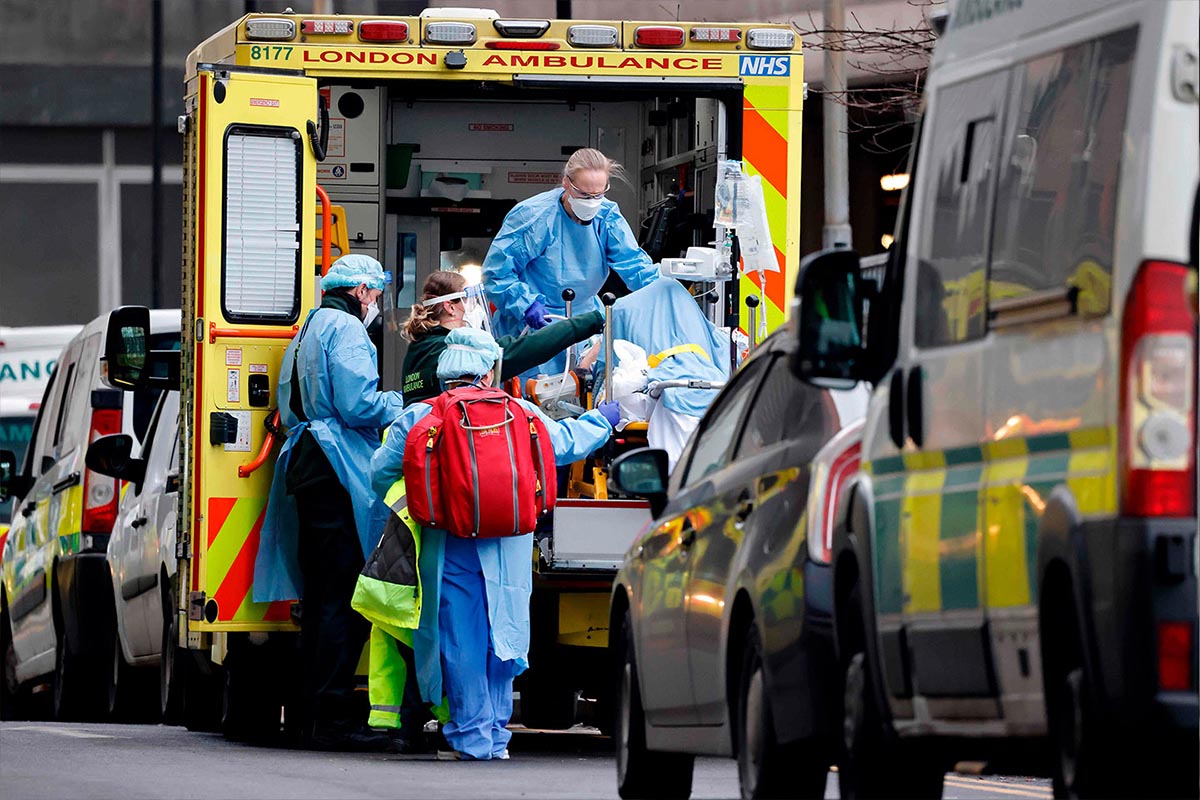 As the Omicron variant continued to spread at an alarming rate, the United Kingdom seemed headed for severe restrictions ahead of Christmas. Over 12,000 new cases of Omicron infections were detected in the UK on Sunday, according to Sky News, taking the total so far to more than 37,000.

But this might just be a small fraction of the actual number of cases, UK’s health minister Sajid Javid said. He said that for the Delta variant, roughly one in four or five cases are detected, and for Omicron this might be even less.

The UK reported a total of 82,886 new cases of coronavirus on Sunday, slightly fewer than the over 93,000 on Friday and over 90,000 on Saturday. But the numbers are lower even otherwise during the weekends.

Javid told the BBC that the situation in the UK was under constant review, and the possibility of more severe restrictions being placed could not be ruled out. “We are assessing the situation, it is very fast-moving… There are no guarantees in this pandemic, I don’t think. At this point, we just have to keep everything under review,” he was quoted as saying.

In London, a situation of “major incident” was declared after a sudden surge in Covid-19 cases. London reported the highest number of cases on Saturday since the pandemic began last year. Sky News reported that about 15,000 Covid-19 patients were currently in hospital in London, which marks a rise of about 30 percent in the last week.

“I have decided in consultation with our partners to declare a major incident today,” London Mayor Sadiq Khan was quoted as saying. “It means resources could be redeployed to stretched areas — for example, firefighters could help to drive ambulances,” he said. The previous time a ‘major incident’ was declared in London was in January this year. It was withdrawn at the end of February as the case count began to fall.

US braces for surge

There has been a major surge in Covid-19 cases across Europe, in the United States, and several countries in southern Africa, including Zimbabwe, Eswatini, Lesotho, Botswana, and Namibia, all neighbors of South Africa where the Omicron variant was first detected. In most of these countries, the surge is being powered by the Omicron variant.

Anthony Fauci, one of the topmost public health experts in the United States, issued a warning similar to what scientists have been saying about the UK since the last couple of weeks. Fauci said the spread of Omicron could result in a record number of coronavirus cases, hospitalizations, and deaths in the United States in the coming weeks.

“Unfortunately, I think that that is going to happen. We are going to see significant stress in some regions of the country on the hospital system, particularly in those areas where you have a low level of vaccination,” Fauci said on CNN’s ‘State of the Union.

Although less than 1,000 cases of Omicron infections have been confirmed in the United States so far, in some regions it was already believed to be accounting for at least half of all new cases being reported. “It is going to be a tough few weeks, months as we get deeper into the winter,” Fauci said.

New York reported a record number of cases for the second day in a row on Saturday, with nearly 22,000 cases being detected. The break-up of Omicron infections was not immediately known.

On Tuesday, US President Joe Biden will address the nation and inform the public about the steps being taken to tackle the spread of the Omicron variant. In a Twitter message, White House press secretary Jen Psaki said the President would announce “new steps” being taken to help the communities in need of assistance, while “also issuing a stark warning of what the winter will look like for Americans that choose to remain unvaccinated”.

The Netherlands on Sunday announced a strict lockdown in the country for Christmas on account of the rapid rise in Covid-19 cases due to the Omicron variant. All non-essential shops, bars, and other public spaces will be closed till at least the middle of January. No more than two guests would be allowed in any household, which can be increased to four on the holidays, the BBC reported. “I stand here tonight in a somber mood. And a lot of people watching will feel that way too,” Prime Minister Mark Rutte was quoted as saying.

“To sum it up in one sentence, the Netherlands will go back into lockdown from tomorrow (Sunday),” he said, adding that the new measures were “unavoidable.