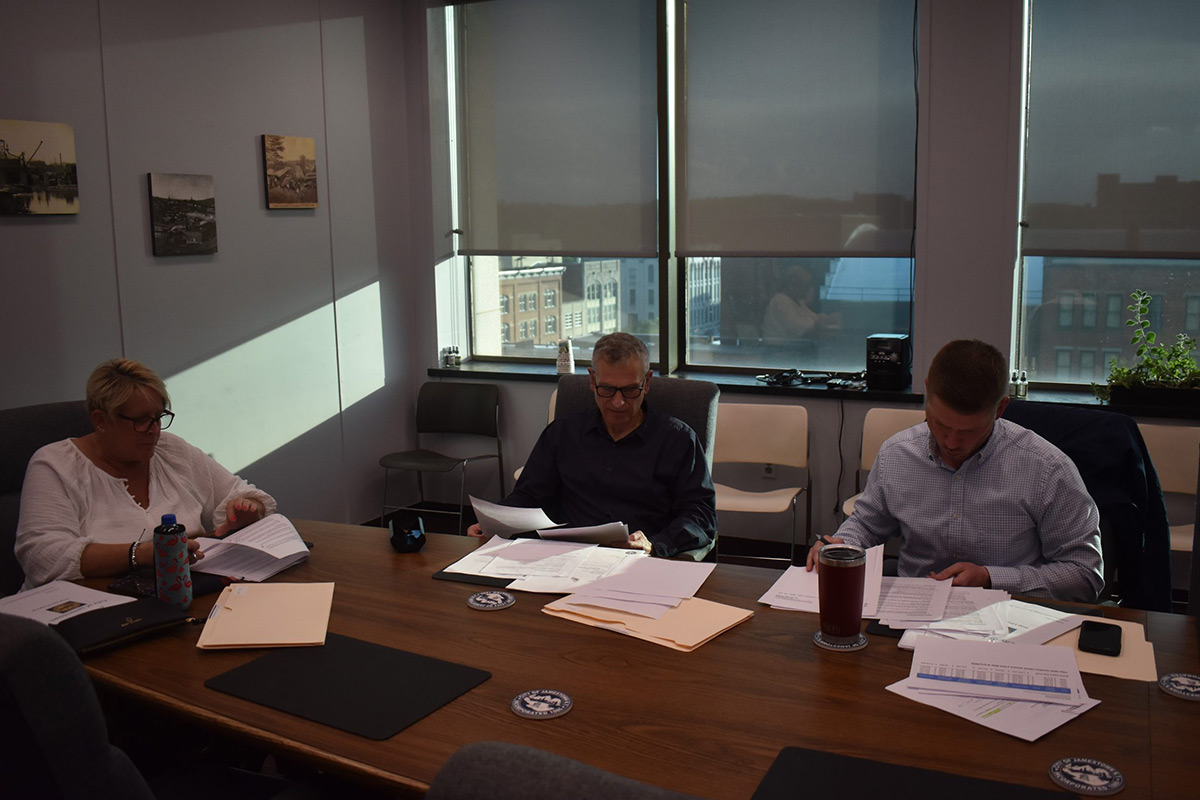 The Jamestown City Council seems to be onboard with Jamestown Mayor Eddie Sundquist’s plan to add additional public safety employees, but a few questions still need to be answered before they approve.
On Monday, the council discussed the plan Sundquist announced last week to add three additional police officers to operate a gun violence unit and four more firefighters to run a second EMS ambulance by using American Rescue Plan Act funds.
Ecklund said a few questions still need to be answered to clarify adding the seven new employees. She said there should be answers to how the additional employees will affect the union impact payments based on how many officers or firefighters there are working for the city. Also, if the plan is to return to the current number of employees in each department through attrition or retirements, when will that start. Will the new officers and firefighters hired during the ARPA program continue until 2027, when the federal money needs to be spent, or will attrition happen as soon as current employees start to retire.
Anthony Dolce, council president, said it will cost about $800,000 for the seven new employees in 2026. During the Finance Committee meeting, Dolce also said city officials are looking to apply for grants to receive future funding to possibly keep the additional employees once the ARPA funds are spent.
Jeff Russell, At-Large councilman, said during the full council meeting that he wants the new police officers to be handling the new role of the gun violence unit and not doing day-to-day duties. He said if the new officers handle day-to-day jobs and aren’t focused on the gun violence unit, it will be a waste of money and time to hire the new employees.
Last week, Sundquist said the investment into the new personnel and ambulance will total in the millions and would not be possible without ARPA funds. He said the total figures on how much the plan will cost the city have not been finalized yet.
In other business, Ryan Thompson, city comptroller, announced the city received $1.8 million in first quarter sales tax revenue. He said this is a 10.8% increase, or $178,000, over the first three months of 2021. He said the city is at 22.5% of its sales tax revenue budget, which is a good position because typically the first quarter is the smallest amount the city receives. He added that during a typical year the city receives 21.7% of its sales tax budget during the first three months of the year.