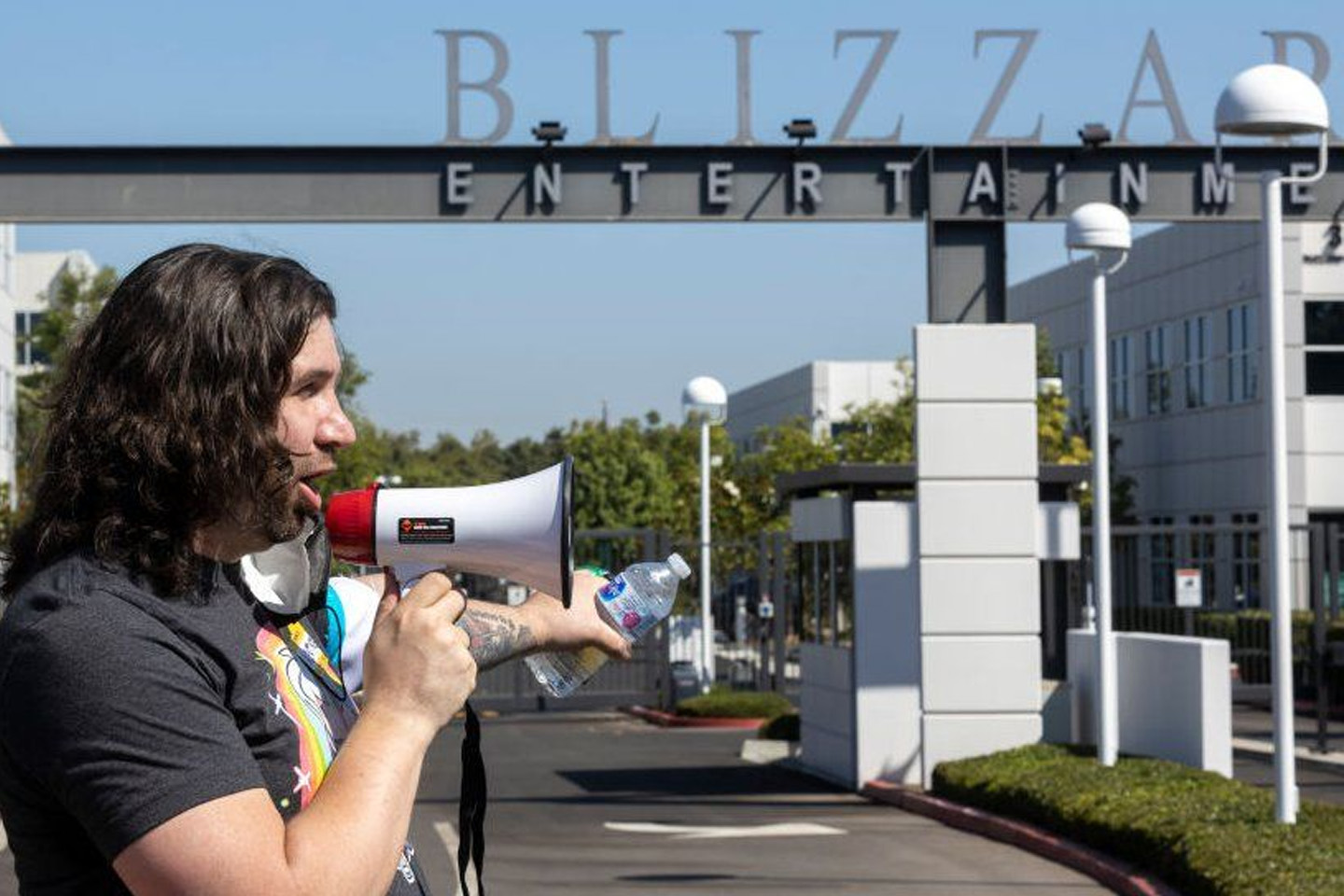 Blizzard Entertainment president J Allen Brack has “stepped down”, the World of Warcraft and Call of Duty game-maker says.

California is suing the company, alleging a workplace culture of sexism and harassment.

Activision Blizzard denies this allegation and has called the legal action “disgraceful and unacceptable”.

Many Activision Blizzard staff walked out in protest against the company’s culture and response to the allegations.

In a statement, Blizzard Entertainment said Mr. Brack would be replaced by Jen Oneal and Mike Ybarra, who would co-lead the company. While the statement made no reference to the allegations against Blizzard, it said the new leaders would, “ensure Blizzard is the safest, most welcoming workplace possible for women, and people of any gender, ethnicity, sexual orientation, or background”.

In an accompanying statement, Mr. Brack thanked the Blizzard community “for your passion and determination for safety and equality for all”.

The California Department of Fair Employment and Housing, which brought the case against Activision Blizzard, in court filings, criticized Mr. Brack for not doing enough in response to complaints.

In internal emails to employees obtained by Bloomberg, Mr. Brack said he disdained “bro culture” and had spent his career fighting against it and called the behavior of employees detailed in the allegations “completely unacceptable”.