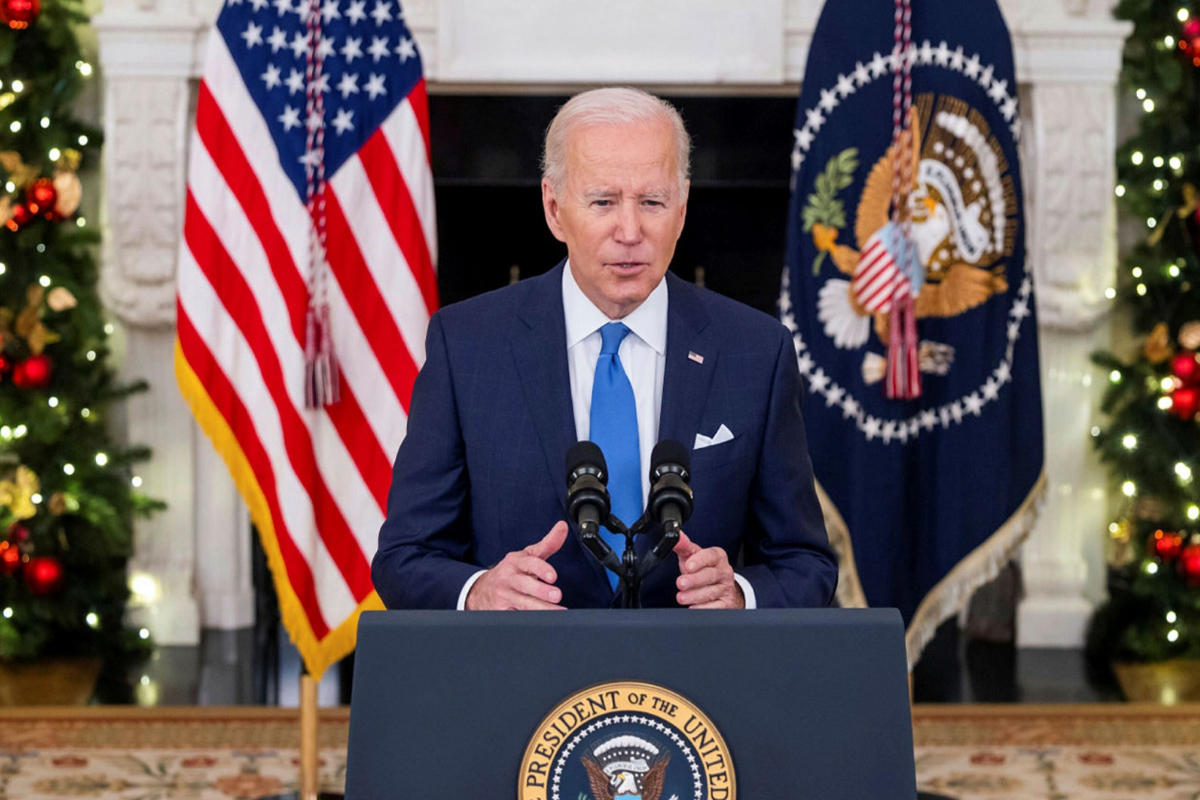 US President Joe Biden has said 500 million Covid rapid tests will be made available at no cost amid new measures to tackle the surging Omicron variant.

Mr. Biden also announced expanded testing and military support for hospitals but said lockdowns were not yet on the horizon.

Omicron has become the dominant strain in the US, accounting for nearly three-quarters of all new cases.

It was first identified in southern Africa last month but has now spread around the globe.

Only one death in the US has been linked to the new variant: a 50-year-old from Harris County, Texas, who had an underlying health condition and was unvaccinated.

“If you’re not fully vaccinated you have reason to be concerned,” said an unmasked Mr. Biden, who coughed into his hand during his remarks.

Those who have been vaccinated and have had no exposure to Covid-19 may go ahead with Christmas celebrations, the president said.

The White House said the new measures would “mitigate the impact unvaccinated individuals have on our healthcare system”.

In the same speech, he acknowledged that his vaccine mandates have been “unpopular”.

“My administration has put them in place not to control your life, but to save your life and the lives of others,” he said.

His administration is facing a barrage of lawsuits as it seeks to require federal contractors, healthcare providers, and private companies to ensure their employees are vaccinated.

Mr. Biden also offered a rare thumbs-up for former President Donald Trump, who was booed on Sunday after telling an audience in Dallas, Texas, that he had received his booster shot.

“Maybe one of the few things he and I agree on,” Mr. Biden said of his political rival.

The key measures are:

Criticism of the US testing system has mounted in recent weeks, as at-home test kits are expensive and hard to find. The US lags behind other countries in terms of testing.

In the UK, at-home tests are provided for free from the government and are otherwise much cheaper to purchase.

In Tuesday’s speech, Mr. Biden denied that the rollout of widespread testing had lagged. “It didn’t take long at all,” he said.

As the purchase of 500 million tests was announced, White House press secretary Jen Psaki expressed regret for having poured scorn on the idea just two weeks ago.

When a reporter asked on 6 December why the Biden administration had not made-at-home tests available free to every citizen, as the UK and Singapore have done, Ms. Psaki shot back: “Should we just send one to every American? Then what happens if every American has one test? How much does that cost, and then what happens after that?”