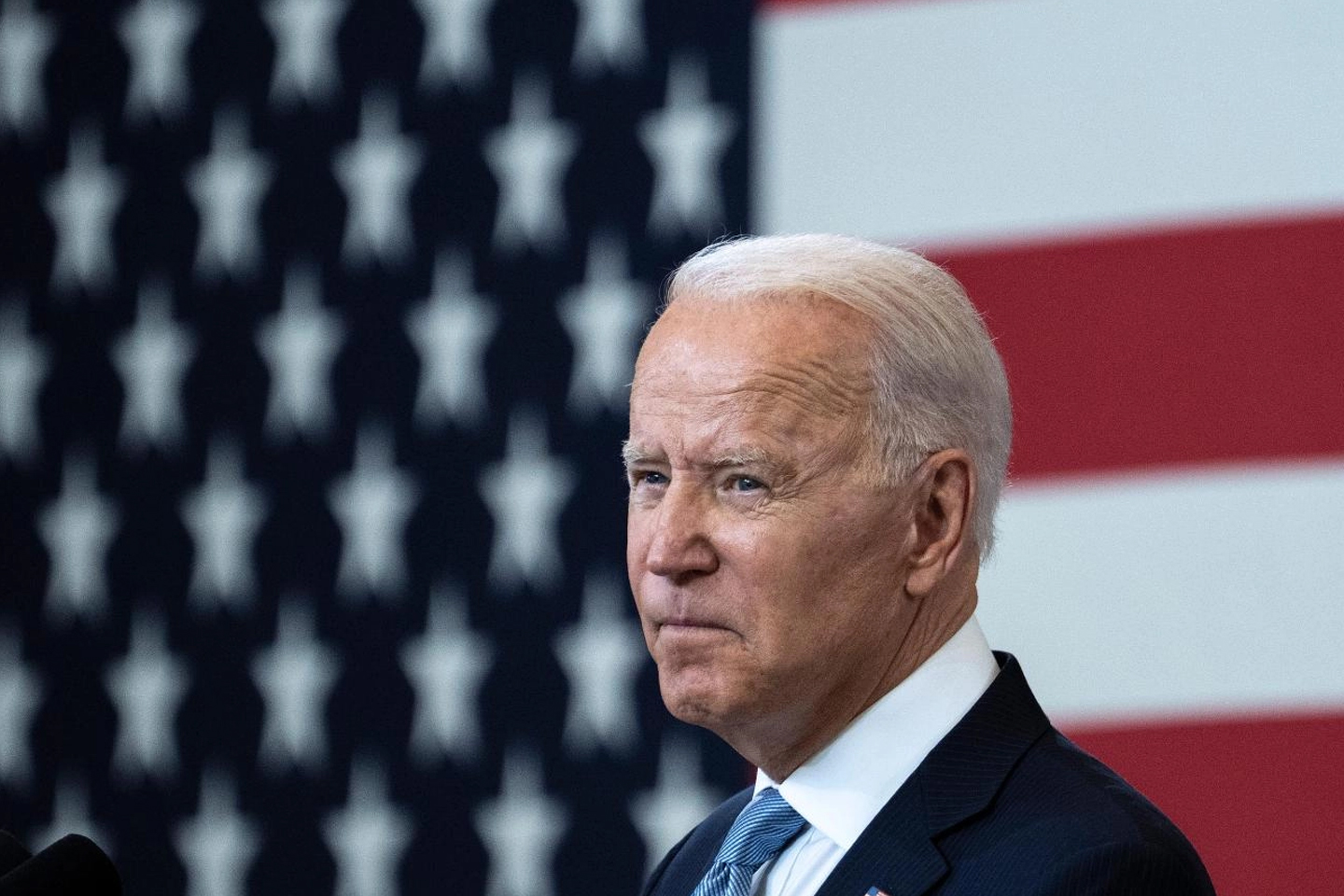 President Joe Biden on Thursday announced a number of new steps his administration will take to try to get more Americans vaccinated and slow the spread of coronavirus, including requiring that all federal employees must attest to being vaccinated against COVID-19 or face strict protocols.

The new measures come amid a rise in COVID-19 hospitalizations and deaths in the US. The vast majority of those individuals with severe cases of COVID-19 are unvaccinated.

“This is an American tragedy. People are dying — and will die — who don’t have to die. If you’re out there unvaccinated, you don’t have to die,” Biden said during remarks at the White House. “Read the news. You’ll see stories of unvaccinated patients in hospitals, as they’re lying in bed dying from COVID-19, they’re asking, ‘Doc, can I get the vaccine?’ The doctors have to say, ‘Sorry, it’s too late.'”

In his sternest approach yet to pushing Americans to get vaccinated, the President bluntly argued that if you are unvaccinated, “You present a problem to yourself, to your family, and to those with whom you work.”

Biden said every federal government employee and the on-site contractor will be asked to attest to their vaccination status.

Employees who have not been vaccinated “will be required to wear a mask on the job no matter their geographic location, physically distance from all other employees and visitors, comply with a weekly or twice-weekly screening testing requirement and be subject to restrictions on official travel,” the White House said ahead of Biden’s speech.

The federal employee vaccination requirement is not a mandate, officials have insisted, and most federal employees who do not get vaccinated will not lose their jobs as a result, CNN previously reported.

But the decision nonetheless marks a pivot away from encouraging Americans to get vaccinated in their own time and stepping toward placing the onus on unvaccinated individuals.

Other efforts the administration debuted Thursday to incentivize vaccinations included expanding paid leave for employees who take time off to get themselves and their family members vaccinated. Biden said employers would be reimbursed. He also called on states, territories, and local governments to do more to incentivize vaccination, including offering $100 to Americans getting vaccinated, paid for with American Rescue Plan funding.

“I know that paying people to get vaccinated might sound unfair to folks who got vaccinated already. But here’s the deal: if incentives help us beat this virus, I believe we should use them. We all benefit,” Biden said.

The President also announced that he is ordering the Department of Defense “to look into how and when they will add COVID-19 to the list of vaccinations our Armed Forces must get.”

“Our men and women in uniform, who protect this country from grave threats, should be protected as much as possible from getting COVID-19,” he said. “I think this is particularly important because our troops serve in places throughout the world, many where vaccination rates are low and disease is prevalent,” Biden added.

All military and civilian Defense Department personnel will be asked to attest to their vaccination status, the department said Thursday evening. Those unable or unwilling to do so will “be required to wear a mask, physically distance, comply with a regular testing requirement and be subject to official travel restrictions,” Jamal Brown, deputy Pentagon press secretary, said in a statement.

The department is also considering adding the COVID vaccine to the list of required vaccines for military personnel.

“Secretary (of Defense Lloyd) Austin will begin consulting our medical professionals, as well as the Joint Chiefs of Staff, to determine how and when to make recommendations to the President with respect to adding the COVID-19 vaccines to the full list of requirements for military personnel,” Brown said.

The President on Thursday also called on school districts nationwide to host at least one pop-up vaccination clinic over the coming weeks in an effort to get more kids 12 and older vaccinated.

Responding to reporter questions after his remarks, the President said he didn’t know yet whether the federal government had the power to require vaccines. “It’s still a question whether the federal government can mandate that the whole country” require vaccines, he said, adding that he expects the vaccines will be fully approved by the US Food and Drug Administration by the fall.

“That’s not an authority that we’re exploring at all,” Zients said on “The Situation Room.”
On Monday, the Justice Department determined that federal law doesn’t prohibit public agencies and private businesses from requiring COVID-19 vaccines — even if the vaccines have only emergency use authorization so far. Biden’s aides had previously said they do not believe he has the power to require all Americans to get shots. But his oversight of the federal workforce, they believed, can be a powerful model to other employers considering their options on requiring vaccines.

Other groups, like the International Federation of Professional and Technical Engineers, have come out in support.

The goal of the requirement, Biden aides have said, is to render being unvaccinated so burdensome that those who haven’t received shots will have little choice other than to get them. It’s an approach being tested by leaders in Europe, including French President Emmanuel Macron, who required either proof of vaccination or a negative test at public venues. And some states, including New York, have also said government employees must either prove they’ve been vaccinated or be tested weekly.

Dr. Rochelle Walensky, director of the CDC, said Wednesday on CNN that health passes for the fully vaccinated, such as those used in parts of Europe, “may very well be a path forward.”

But the President appeared to put that responsibility on businesses — not the federal government — on Thursday.

“My guess is that if we don’t start to make more progress, a lot of businesses and a lot of enterprises are going to require proof (of vaccination) or you’re not going to be able to participate,” Biden said.

The prevalence of the highly contagious Delta variant in the US and low vaccine uptake have led the federal government to take a number of steps to further mitigate the spread of COVID-19.

Zients told Blitzer that the FDA is certain that Americans don’t need boosters right now, but it will continue to monitor the data.

“If they do decide that Americans need boosters, we are ready,” he said. “We have the supply, and people will be able to get a booster shot — if it’s needed — in a fast and efficient manner.”

Earlier this week, the US Centers for Disease Control and Prevention recommended everyone — including vaccinated individuals — wear masks indoors in areas of substantial or high COVID-19 transmission. The agency also recommended masks for all K-12 children in schools, even those who have been vaccinated.

The Department of Veterans Affairs also recently announced it would require frontline health care workers to be vaccinated over the course of the next two months.

During his remarks on Thursday, Biden acknowledged frustrations over the nation’s slow bounce back and the renewal of restrictions.

“We have the right plan. We’re coming back. We just have to stay ahead of this virus,” Biden said. “I know this is hard to hear. I know it’s frustrating. I know it’s exhausting to think that we’re still in this fight. And I know that we hoped this would be a simple, straightforward line without problems or new challenges. But that isn’t real life. (We’re) coming out of the worst public health crisis in 100 years. The worst economic crisis since the Great Depression.”

The latest data from the CDC indicates that 49.4% of the total US population is fully vaccinated. And despite a previous downward slope in the pace of vaccinations, 389,963 people are now initiating vaccination each day, according to the current seven-day average.

This is the highest it’s been in more than three weeks, but it’s still lower than the pace set by millions who were receiving shots every day earlier this year.