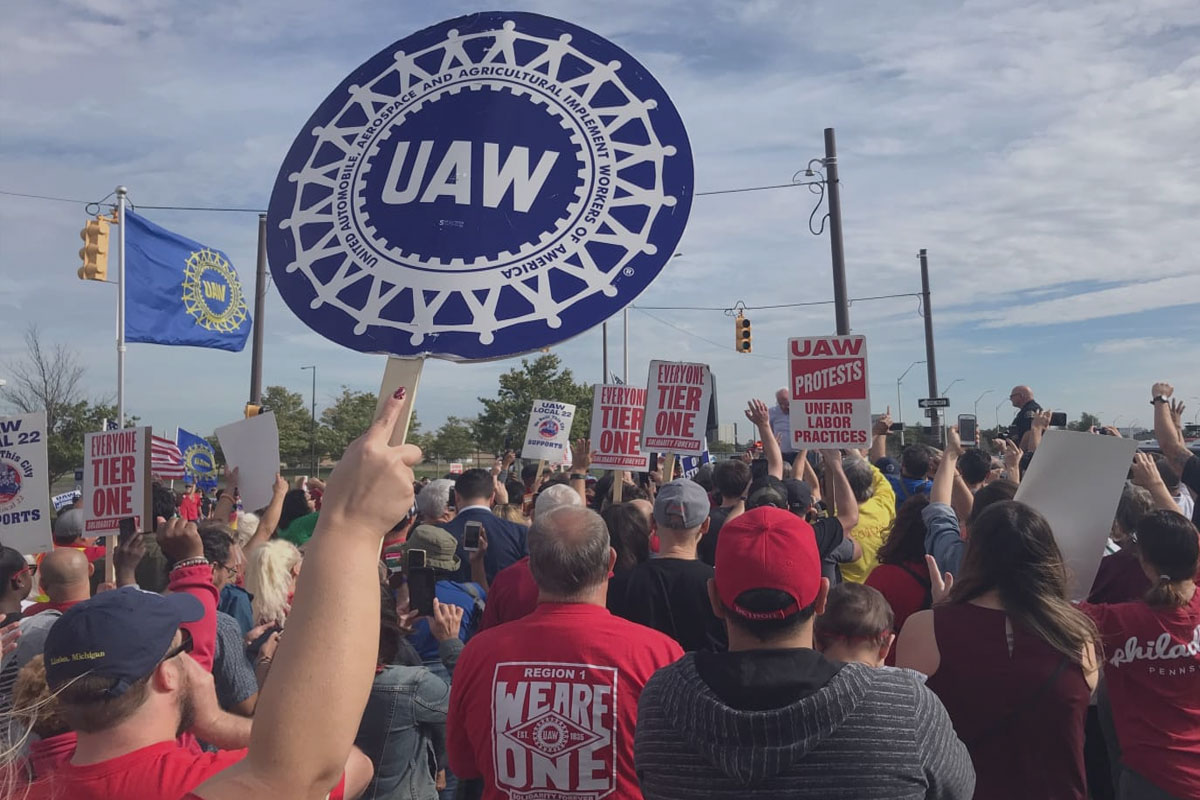 UAW Vice President Terry Dittes, in a letter to union leaders Tuesday obtained by CNBC, said leaders of the joint venture between GM and LG Energy Solution, called Ultium Cells, have “flat out rejected” the union’s proposal of a “card check agreement” to organize.

Dittes said the agreement would allow union officials into the joint venture’s battery plant in Ohio to collect organizing cards, as one of the first steps to establishing UAW representation at the facility.

“This process has been agreed to by many employers for a smooth and peaceful recognition of the UAW,” Dittes said in the letter. “Ultium flat out rejected those simple basic features of a card check recognition we proposed.”

The UAW did not immediately respond to the comment. GM referred questions to an Ultium spokeswoman, who confirmed the company has talked with the UAW about the process but no agreement has been reached.

“The UAW has expressed interest in representing a portion of the Ultium Cells workforce and we have had initial discussions around a Neutrality Agreement that could enable a card check process at our facility in Warren, Ohio,” Ultium spokeswoman Brooke Waid said in a statement. “We are, and always have been, supportive of the process that allows our people to determine their own representation status, which is a matter of personal choice.”

The contention comes amid a broader union organizing effort across the country, as workers from large corporations such as Starbucks and Amazon have sought to establish representation.

GM leaders said in announcing the plant in 2019 that any organizing at the company’s joint venture facilities would be up to workers to vote on. GM CEO Mary Barra has said the positions are expected to pay lower than top wages at the automaker’s assembly plants, however, will be “very good-paying jobs.”

Ultium Cells has announced three U.S. facilities, though none have begun operations. The $2.3 billion Lordstown plant is expected to begin production in August. It is expected to create 1,100 jobs in Northeast Ohio. GM shuttered its nearby Lordstown Assembly plant in 2019, eliminating 1,700 hourly, UAW-represented jobs.

Dittes said in the letter to members the union has started an organizing drive for the facility, but additional details “cannot be disclosed at this time or made public.”

“We will represent the employees there and at all the future Ultium sites currently under construction,” Dittes said. “We will not be slowed down to organize workers who want to join our Union!”

Joint venture battery facilities are viewed as crucial for the labor union to grow and add members, as automakers such as GM transition to electric vehicles. The union’s organizing efforts also come ahead of a crucial leadership vote this summer as well as collective bargaining negotiations next year with GM, Ford Motor, and Stellantis.