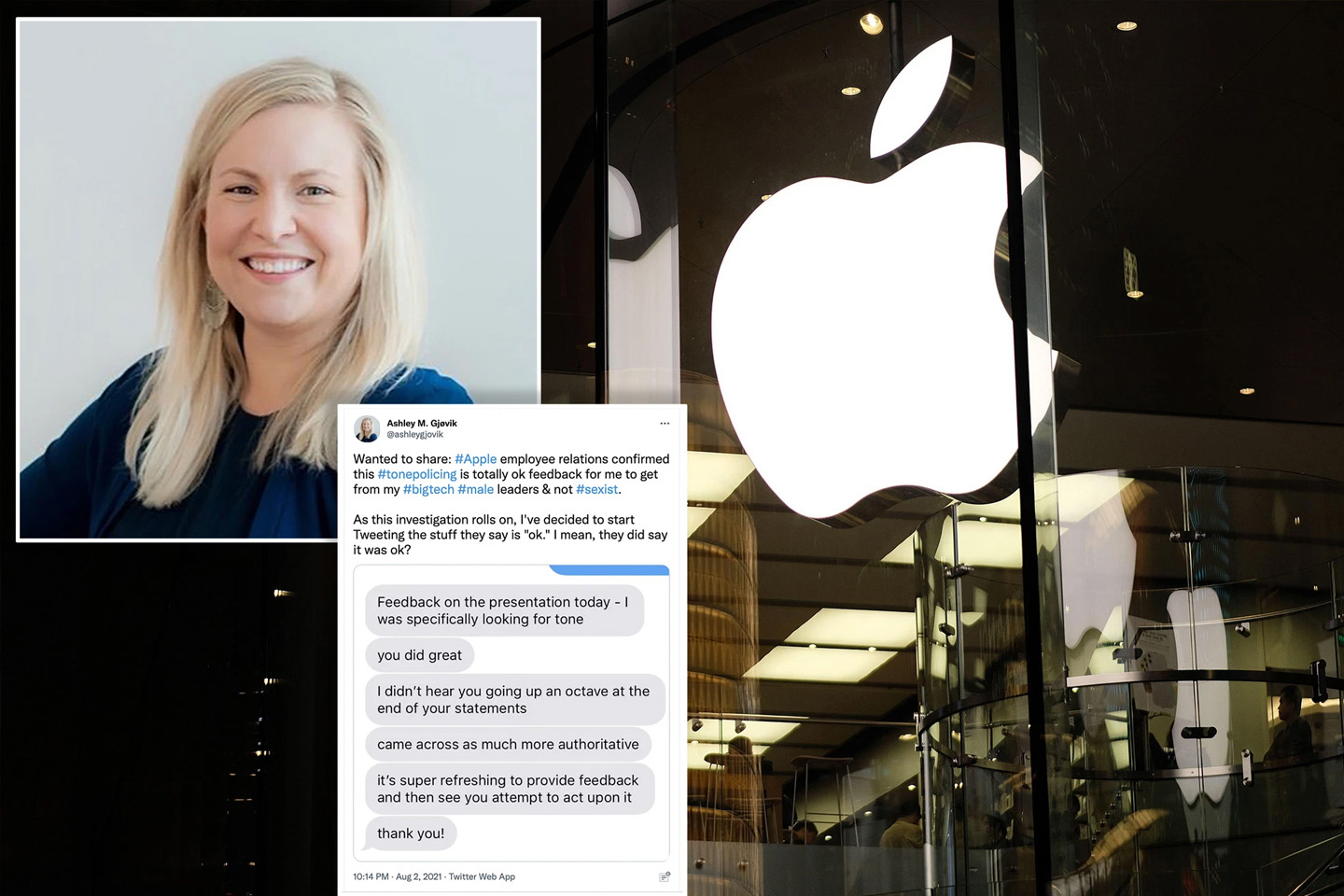 A senior program manager at Apple, Ashley Gjøvik, alleges that she has been put on administrative leave for being vocal about the working condition in the Company, especially for women. She alleges that Apple has a very hostile work culture, which is not safe for women staff. When she spoke up about it and tweeted her concerns, she was sent on indefinite paid leave.

As per statements given by her to the media, she has been sharing her concerns— related to hostile and unsafe working conditions at the Company — with the employee-relations department. In addition to being put on indefinite leave, Gjøvik has also been banned from being live on the Company’s Slack channel and has also been barred from talking to or interacting with other women at the workplace or taking feedbacks on the working conditions.

Gjøvik states that when she approached the employee-relations department with her concerns, instead of seriously investigating her case, they advised her to be put on the employee-assistance program or else take a medical leave. Gjøvik claims that she asked the employee-relation team to talk to her leadership teams and mitigate the hostile work culture at the Company, but nothing was done and she was sent on indefinite administrative leave. This is not the first time that Gjøvik has raised her concerns about the working conditions at the firm. The employee relations team has investigated her concerns in the past as well, but apparently found nothing wrong.

In a media statement, Apple says that it takes all such cases with utmost seriousness and promotes an inclusive work environment.