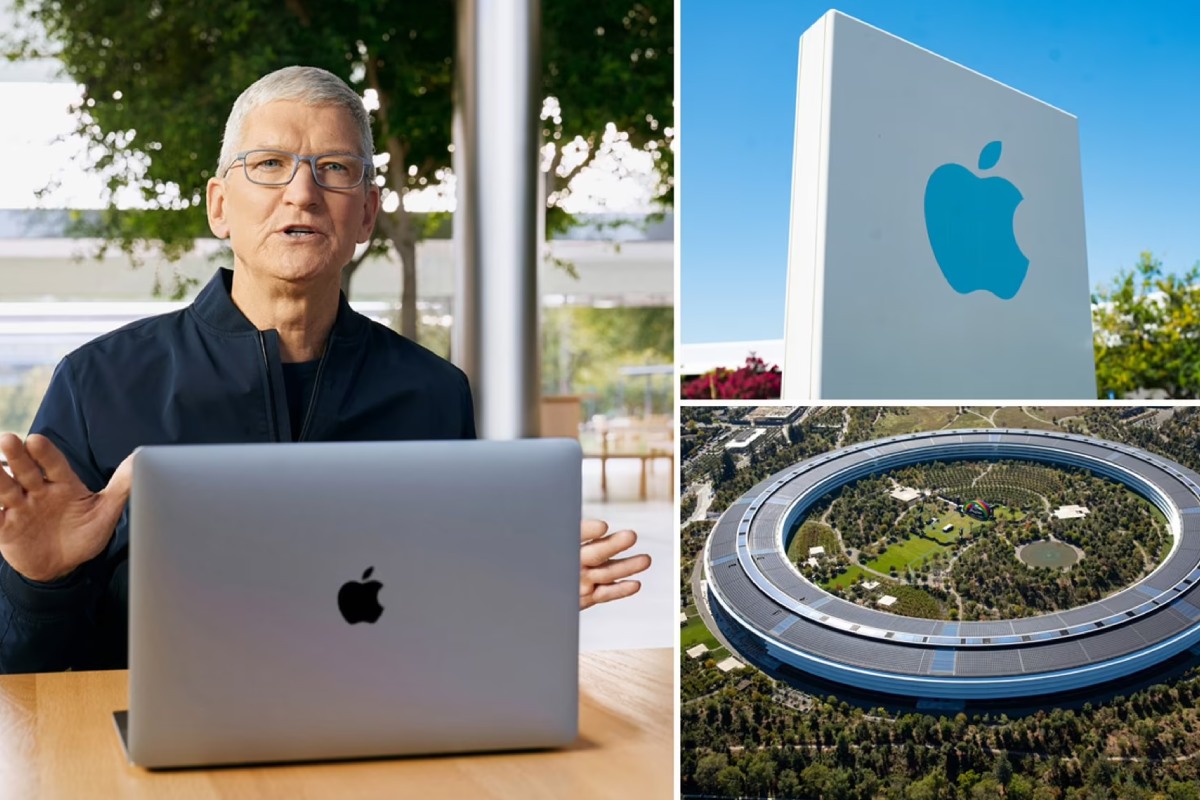 A group of Apple employees is pushing back against a mandate by the company requiring them to return to the office three days a week. The group, which calls itself “Apple Together,” published an open letter to executives criticizing the company’s Hybrid Work Pilot program, characterizing it as inflexible.

Among other grievances, the anonymous letter called the company’s requirement that employees spend three days in the office as showing “almost no flexibility at all.”

“Office-bound work is a technology from the last century, from the era before ubiquitous video-call-capable internet and everyone being on the same internal chat application,” the letter says. “But the future is about connecting when it makes sense, with people who have relevant input, no matter where they are based.

“Now we ask you, the executive team, to show some flexibility as well and let go of the rigid policies of the Hybrid Working Pilot. Stop trying to control how often you can see us in the office,” the group wrote. “Trust us, we know how each of our small contributions helps Apple succeed and what’s required to do so.”

In a letter that begins with employees expressing their dedication to a company they “dreamt of one day joining,” the workers said their “vision of the future of work is growing further and further apart from that of the executive team.

“We definitely see the benefits of in-person collaboration; the kind of creative process that high bandwidth communication of being in the same room, not limited by technology, enables,” the group said. “But for many of us, this is not something we need every week, often not even every month, definitely not every day. The Hybrid Working Pilot is one of the most inefficient ways to enable everyone to be in one room, should the need arise every now and then.”

Apple Together calls out six key areas where the company’s hybrid work plan will damage employee morale, inclusion, and diversity. The letter was first called out earlier this week by Apple enthusiast news site iMore.

The three-day-per-week in-office mandate, the letter argues, will change the composition of Apple’s workforce, making it younger, whiter, more male-dominated, and favors “who can work for Apple, not who’d be the best fit.

“Privileges like ‘being born in the right place so you don’t have to relocate,’ or ‘being young enough to start a new life in a new city/country’ or ‘having a stay-at-home spouse who will move with you,’” the letter said.

In a March memo to staff, Apple CEO Tim Cook told employees they must be back in the office at least one day per week as of April 11. The memo then outlined a plan to ramp up in-office work to two days per week beginning May 2, and three days in the office — Mondays, Tuesdays, and Thursdays — beginning May 23.

“Computerworld” reached out to Apple for comment, but did not receive a response.

The Apple Workers group, which also created a Twitter account and web page to air grievances, says it includes both current and former Apple employees. The web page calls out Apple as a “culture of secrecy [that] creates an opaque, intimidating fortress.

“When we press for accountability and redress to the persistent injustices we witness or experience in our workplace, we are faced with a pattern of isolation, degradation, and gaslighting,” the webpage states.

Apple is by no means alone in calling for a hybrid workforce to be back in the office a certain number of days each week. Citigroup, BNY Mellon, Google, and Twitter are among those also embracing a hybrid workforce with an in-office day — though Twitter has told employees they can continue working remotely, even with offices open.

By the end of the current quarter in June, most organizations will have opened most worksites, according to a survey by research firm Gartner published in March.

When organizations were asked which work flexibility options they’re offering to attract and retain talent, nearly one in five (18%) responded none, according to the Gartner survey of 300 organizations. The industries surveyed included, among others, IT and telecommunications, healthcare and pharmaceuticals, fuel and energy, construction and real estate, and transportation and shipping.

Three in five organizations responding to the survey said they have settled on a fixed minimum on-site workday requirement, e.g., employees must come into the office Monday, Wednesday, and Friday. But even those options could cause problems with employee retention.

“In this time of full employment, and indeed shortages of many workers, there is a great ability of employees to just move on if you make them unhappy,” said Jack Gold, principal analyst at research firm J. Gold Associates. “So, unlike the past, where companies had the ability to dictate and have employees take it or leave it, that’s much less possible in tech these days.”

David Lewis, CEO of OperationsInc, an HR consulting firm in Connecticut, said in an earlier interview that firms dictating a full-time return to the office — or how employees should work remotely — are missing the big picture. Lewis noted that the US unemployment rate is 3.6% and there are now more than 11 million job openings.

If employees are pushed hard enough, they’ll walk out the door, he said.

“There’s an insatiable demand for candidates that outstrips the supply. You’re missing the point that if your employees don’t want to come back to the office they have choices: see Great Resignation,” Lewis said. “They have options, and they are exercising them.”

OperationsInc claims to have more than 1,000 clients it advises on HR issues and tracking work-related data. “I’ve been a very focused student of all that’s been going on in workplace matters…during my 36-year career in human resources management. During Covid, in particular, I saw these headlines blaring from various companies…, ‘Get your butts into the office. And if you don’t, you should be looking for a different job,’” Lewis said.

“How’s that working out?”

Employee surveys have shown that as many as 40% of workers would leave their job if they’re not allowed to work remotely. And yet among businesses that employ white-collar or knowledge-based workers, between a third and 60% are requiring an in-office presence of some form, whether part- of full-time, Lewis said.

“A significant percentage of folks are trying to get their workplace back to what they considered normal before COVID,” he said.

That’s not going to fly with many workers, Gold said. There’s a balance that needs to be struck between what the employer thinks they need to maintain corporate culture and a collaborative experience and what employees want.

“It’s a very squishy area and different for every company and set of employees, but it’s certainly an issue these days,” Gold said. “At the end of the day, employees have far more ability to just say take this job and shove it.”