Home News A New Wave of Layoffs Is Washing Over the U.S. As Companies Reassess Staffing Plans 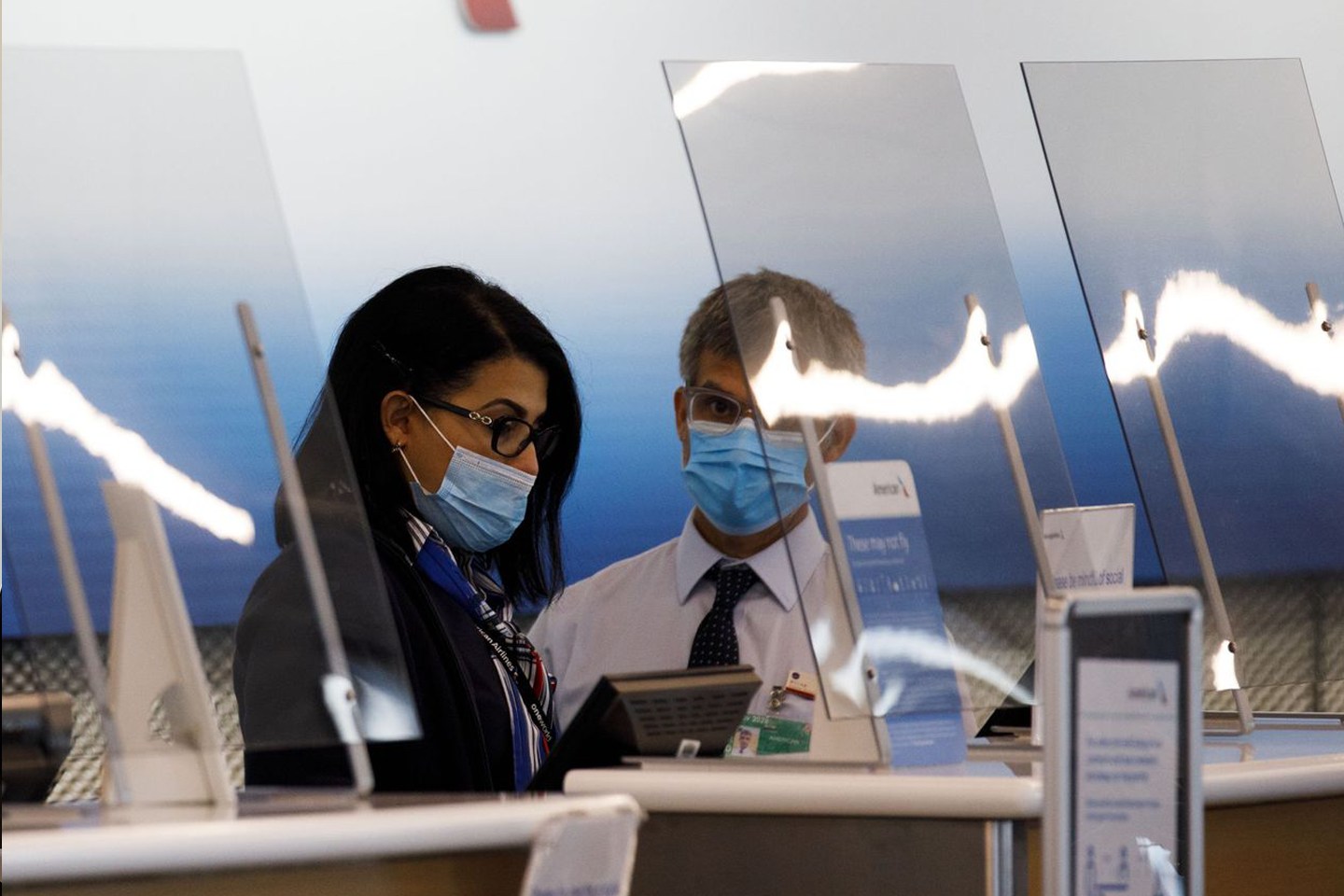 A new wave of layoffs is washing over the U.S. as several big companies reassess staffing plans and settle in for a long period of uncertainty.

MGM Resorts International and Stanley Black & Decker Inc. recently told some employees furloughed at the outset of the coronavirus pandemic that they wouldn’t be put back on the payroll. And companies bringing back the majority of furloughed workers, including Yelp Inc. and Cheesecake Factory Inc., are making reductions as they adjust to the new reality that many coronavirus-related closures won’t be resolved this fall.

More fresh layoffs at big employers loom. A day after Salesforce.com Inc. posted record quarterly sales, the business-software company notified its 54,000-person workforce that 1,000 would lose their jobs later this year. Coca-Cola Co. said Friday it plans to lay off some employees and offer voluntary buyouts to about 4,000 employees in the U.S. including Puerto Rico as well as Canada. American Airlines Group Inc. and United Airlines Holdings Inc. have said more than 53,000 workers could be affected in about a month if the airlines don’t receive another infusion of funds from the government.

The outlook reflects an acceptance by corporate executives that they will have to contend with the pandemic and its economic fallout for a longer period than they had hoped. Some CEOs and other executives suggest more pain is ahead, said David Rubenstein, co-executive chairman of Carlyle Group, a private-equity firm with around $220 billion in assets under management.

“Privately, some of them may hint that they probably won’t need as many workers as they once thought,” Mr. Rubenstein said. “They’ll have to reinvent their businesses in ways that they hadn’t done before.”

The latest layoffs come as there have been glimmers of an economic recovery. Many employers have rehired some workers after cutting jobs this spring, pushing the U.S. unemployment rate down to 10.2% in July after it nearly touched 15% in April, according to federal data. Some salaried workers and executives are seeing their pandemic pay cuts restored. That has led some to theorize that the economy is increasingly proceeding on two tracks, as companies modifying operations or shutting down entire divisions determine that they need fewer people, especially lower-income workers.

A survey of human-resources employees released by Randstad RiseSmart found nearly half of U.S. employers that furloughed or laid off staff because of Covid-19 are considering additional workplace cuts in the next 12 months.

New applications for unemployment benefits, a proxy for layoffs, have hovered around one million a week for much of the summer. A drop in jobless claims one week tended to be snuffed out within a few weeks when claims rose again. Summer unemployment has improved since March when a peak of about seven million people applied for jobless benefits in one week, but the numbers remain stubbornly high.

Economists say the new layoffs reflect a shift in corporate thinking toward a more protracted crisis.

“Companies that thought they could either cut wages temporarily or cut costs temporarily or hold on are now finding out that the weakness of the pandemic is now longer than they hoped,” said Diane Swonk, chief economist at Grant Thornton.

Following casino shutdowns and furloughs in March, MGM Resorts said it would lay off 18,000 furloughed workers in the U.S. as the global travel slowdown impedes the gambling industry’s recovery. The job cuts, which start Monday, represent about one-fourth of the company’s pre-pandemic workforce of 68,000 U.S. employees.

American Airlines said that unless it receives more federal aid, it will furlough 17,500 union workers and move forward with 1,500 layoffs in its management ranks this fall. Flight attendants, 8,100 of whom are furloughed, would be the most affected. Airlines agreed not to terminate employees or cut pay rates through the end of September as a condition of taking $25 billion in federal funds.

United Airlines said it would furlough 2,850 pilots, which is 600 more than it had anticipated, as it seeks more federal aid. United has warned that as many as 36,000 of its employees could be eliminated Oct. 1 if the airline doesn’t get more government help. The union that represents United’s pilots called it tragic that the carrier hasn’t provided more options to allow pilots to leave voluntarily. Delta Air Lines Inc. said it would let go of 1,941 pilots.

After furloughing or reducing hours for more than 10,000 workers earlier this year, tool maker Stanley Black & Decker said that in October it will permanently lay off 1,000 of them but bring back 9,300 to a full-time schedule. Chief Executive Officer James Loree told investors on a recent call the cuts are part of a $1 billion cost reduction.

“It paves the way for us to manage successfully through any reasonable economic scenario which may unfold in the coming months,” he said.

Hundreds of furloughed workers at C.H. Robinson Worldwide Inc., one of the largest freight companies in North America, won’t be put back on the payroll, in part because their positions have been automated, the company told investors on a recent earnings call. The job cuts will become “permanent cost savings from our investments in tech,” said Bob Biesterfeld, chief executive of C.H. Robinson.

Yelp is among a number of companies including Walt Disney Co. and General Motors Co. that are restoring executive and white-collar worker salaries to previous levels, after making some employees take pay cuts in the spring. But even as Yelp brings back most of the 1,000 workers it furloughed earlier this year, the changing business picture required eliminating 63 roles, most of them in recruiting or real estate, according to a letter to staff from CEO Jeremy Stoppelman.

“Sadly, this pandemic will remain part of our lives for some time,” Mr. Stoppelman said in the note.

After furloughing more than 40,000 in March, the restaurant operator Cheesecake Factory is recalling most workers as it gradually reopens dine-in service. But some locations are closing for good, the company said, resulting in 175 layoffs.

For small businesses, 22% of employees furloughed between March and June had been laid off by July, while 28% were still furloughed, according to a recent study by Gusto, a payroll and benefits company for more than 100,000 small-business clients.

Many employees furloughed in the spring who haven’t been brought back to work most likely won’t have a job to return to, said Daniel Sternberg, head of data science for Gusto. That is because many small businesses have only partially reopened or have had to roll back reopening plans and sales are nowhere close to pre-pandemic levels.

“There’s not much evidence to suggest that there is going to be this massive bringing people back on the payrolls,” Mr. Sternberg said. “Businesses are also retooling in a lot of situations, and the way they are retooling requires lower head counts. They are trying to do what they can do to survive long term.”

Lenore Estrada, the co-founder of Three Babes Bakeshop in San Francisco, had to furlough 20 of her 26 employees in March. She brought back some of them in April and May when she got a Paycheck Protection Program loan, but revenue at the bakery is still down 40% compared with a year ago. When the PPP money ran out, Ms. Estrada had to permanently lay off many of her workers earlier this month. She has about a dozen left but says she is losing $15,000 a month and may have to cut more.

“The assumption is if I get no outside assistance, how would I make this work?” she asked, then added, “I’m assuming that help isn’t coming.”

Millions of Americans have been jobless for several months, suggesting it will take a while for the U.S. economy to recover from the damage wrought this spring. The number who were unemployed between 15 and 26 weeks rose to 6.5 million in July, the highest reading for records that go back to 1948, according to the Labor Department. The number of Americans reporting themselves as unemployed because of permanent layoffs was about twice as high in July as in March when the pandemic struck.

“It’s becoming harder and harder to imagine that these people will be brought back in,” said Josh Wright, chief economist at Wrightside Advisors, an economics consulting firm.